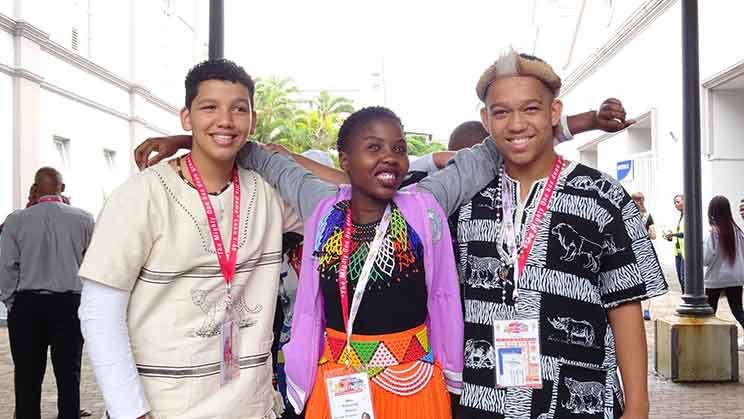 By Illa Thompson –  Almost 4000 young Catholic men and women from throughout Southern Africa gathered in Durban’s Exhibition Centre for an intensive four day event to celebrate their Christianity, community and unity while experiencing the chosen theme chosen by Pope Francis, of “young people, faith and vocations”.

The intention was for the five day formal gathering to bring together young adults between the ages of 18 and 35 years from South Africa, Botswana, Lesotho, Swaziland, Mozambique and Zimbabwe. Young people from all walks of life, representing different cultures, different languages and different geographical locations came together to deepen their faith and to be encouraged to become more active, thoughtful, engaging and caring global citizens. 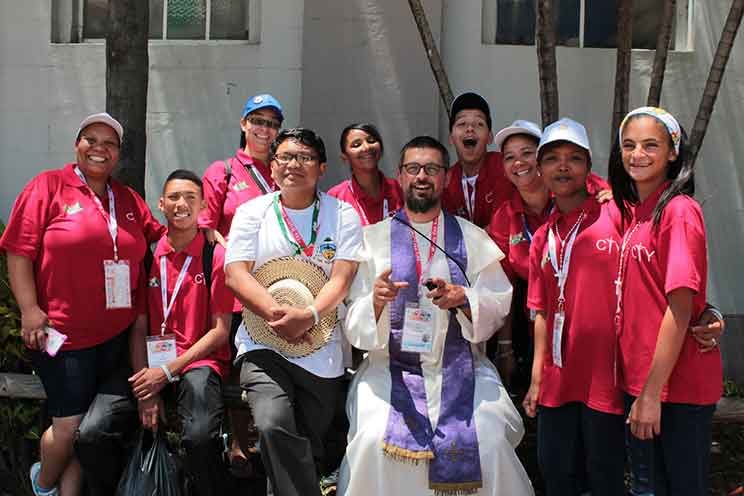 There were community engagement; prayerful activities; discussion groups and pilgrimages.  The carefully-curated programme married informative sessions (such as testimonies, lessons and presentations by environmental, anti-human trafficking and drug awareness activists); with time of faith and retrospection (including daily Holy Mass, Catechetical sessions, a specially adapted staging of the Stations of the Cross and an all-night vigil); with lively cultural and musical activities (Catholics have Talent, Praise and Worship sessions and a Youth Cultural Festival.)

Many of the young people enjoyed Days in the Parishes ahead of the main event, being hosted by parish families organised in the Marianhill (Mhlathuzana, uMlazi and Ugu) Eshowe and Empangeni deaneries. 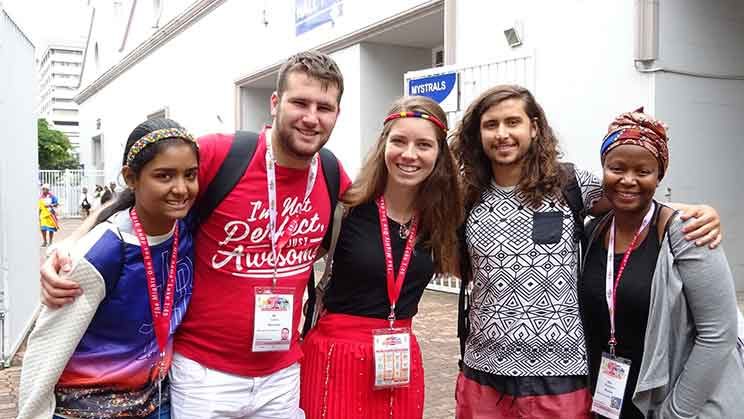 “The essence of World Youth Day is Young People being chosen, called and sent to be missionary evangelists to each other first in this intense retreat, during which they testify to each other how God is inspiring them, giving them a deeper insight into what “the Almighty has done”, and what that demands so that they may in their turn declare: Holy is his Name,” explained Archbishop of Durban, Cardinal Wilfrid Napier OFM in his opening address.

“In a very real way we are gathered here because we believe that the work which God began with Mary, has not ended.  God is making the same call to young people of Mary’s age. He is telling them that it is now their turn to discover their deeper calling, to do so using the gift of faith. That calling is to see witnesses living their faith, rather than preachers who tell others what they should do!” he said. 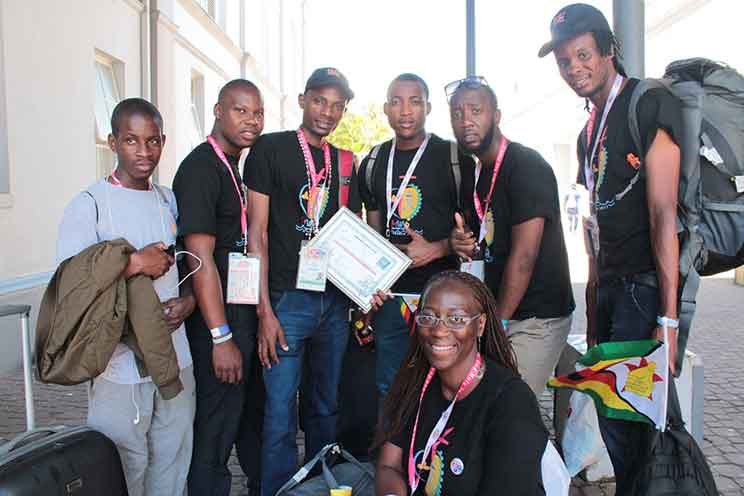 Ursula Collings Chairperson of the Diocesan Pastoral Council for the Archdioceses of Durban further unpacked this theme in her address during the opening mass: “Today in this moment of time which I would like to call a moment of GRACE. You are the generation that has the power to set the country and our world on a different path. Young people of God our country needs you… our country needs people that are able to stand apart … in Government, in business … to have people who are honest and courageous, having good moral values… Courage my young people…. is GRACE under pressure. During these “Days of Grace” the top priority has to be witnessing rather than preaching; manifesting rather than telling, being rather than doing,” said Collings. 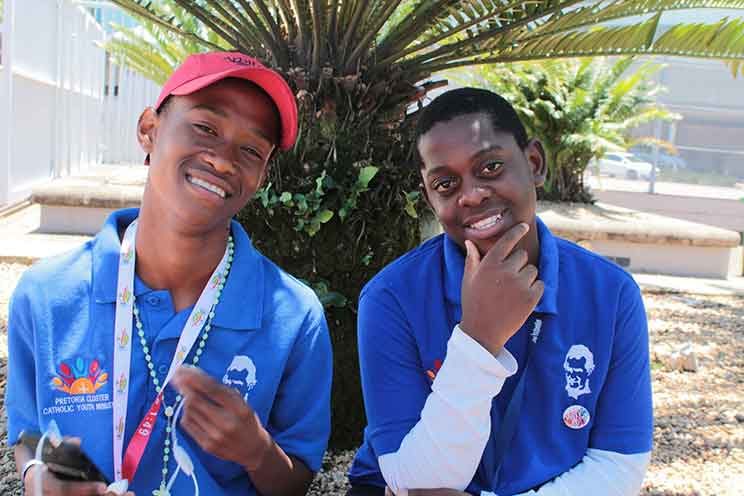 By the end of the event, Napier was buoyant: “It was a hugely successful few days,” he enthused. “Mini World Youth Day was a great dream, a real dream – it was well worthwhile! The young pilgrims had a wonderful time in Durban, but hopefully have left seeing very different points of view, knowing that something has changed inside of them. They will have heard testimonies to strengthen their faith, and benefitted from spending time in the adoration chapel and at confession. It is Rage season in KZN so I am especially affirmed that so many young people chose to be here instead. It is a measure of their faith and commitment.” 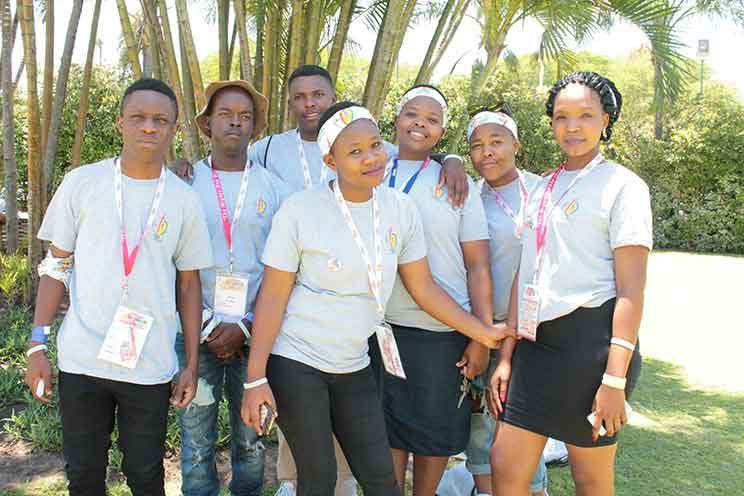 A highlight of MWYD was the special theme-song written and performed by Durban performers, Justin Nanak and Thandeka Dube-Ndhlovu, who composed the original praise-and-workshop ballad, The Mighty One, especially for the Mini World Youth Day. The duo performed the song over the weekend, supported by the world-class music video produced by Raise Your Voice, which features the Archbishop of Durban, Cardinal Wilfrid Napier OFM as well as an array of talent drawn from parishes across the city including the Choir from the Kwa Thintwa School for the Deaf and the Durban Gospel Choir. The song and accompanying video is in English, isiZulu and Sign language. 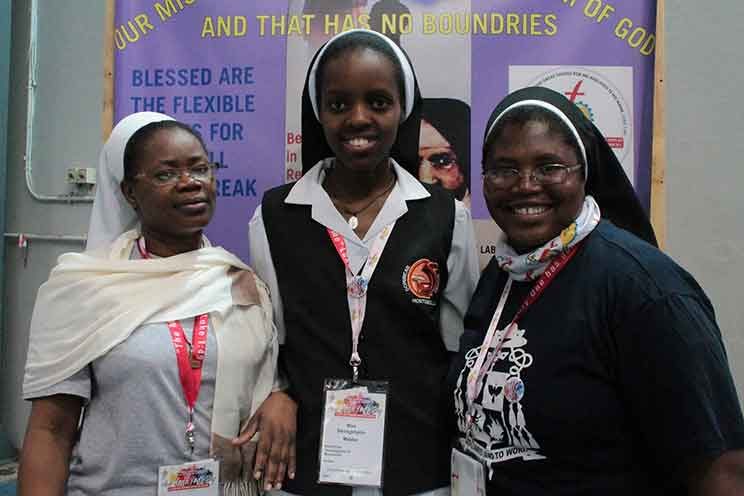 Mini World Youth Day forms part of global build-up to World Youth Day, which will be held in Panama in 2019. The Panama event will be the 15th such global gathering. The 1995 closing mass in the Philippines set a world record for the largest number of people gathered for a single religious event – with five million attendees at a mass celebrated by Pope Francis. First established in 1985 and initiated by Pope John Paul II in Rome, World Youth Day takes place every three years with “Mini” World Youth Day events hosted in cities around the world, forming stepping stones in-between. 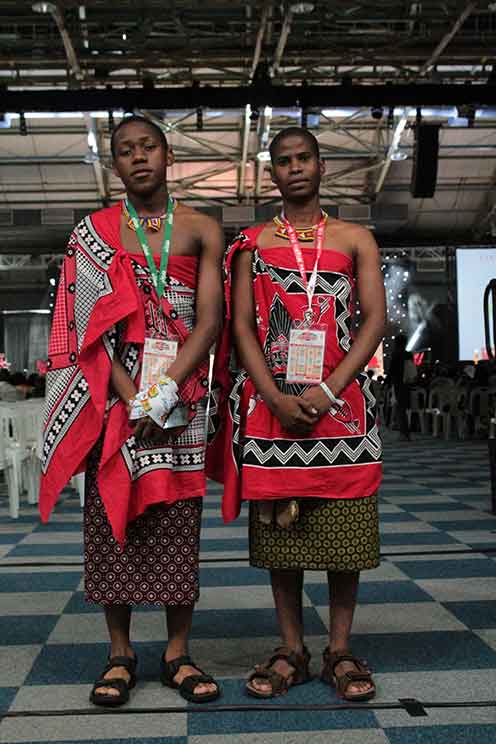 A World Youth Day has not yet taken place on African soil. The ‘Mini” version this weekend, was to give African Catholics a taste of the global event.