Paul VI Set to be Saint 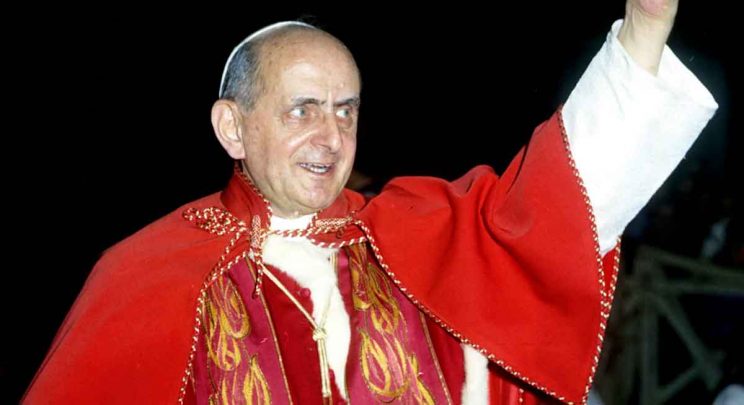 Bl Paul VI, whose cause for canonisation has progressed after the recognition of a miracle by the Congregation for the Causes of Saints.

The Congregation for the Causes of Saints approved has the second miracle needed for the canonisation of Blessed Pope Paul VI, allowing his canonisation to take place, possibly later this year.

The miracle attributed to the cause of Paul VI is the healing of an unborn child in the fifth month of pregnancy. The case was brought forward in 2014 for study.

The mother, originally from the province of Verona, Italy, had an illness that risked her own life and the life of her unborn child, and was advised to have an abortion.

A few days after the beatification of Paul VI on October 19, 2014, she went to pray to him at the shrine of Holy Mary of Grace in the town of Brescia. The baby girl was later born in good health, and remains in good health today.

The healing was first ruled as medically inexplicable by the medical council of the congregation last year, while the congregation’s consulting theologians agreed that the healing occurred through the late pope’s intercession.

According to Vatican Insider, the canonisation may take place in October of this year, during the Synod of Bishops on the youth.—By Hannah Brockhaus, CNS

This Was the Man Karol Wojtyla