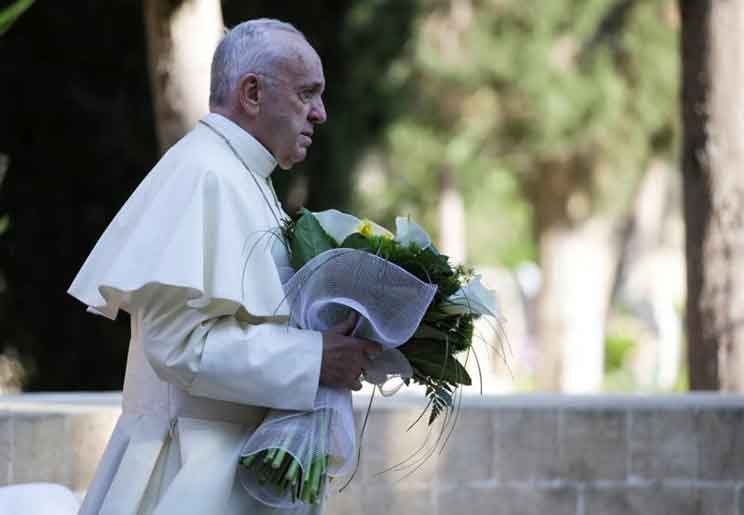 JH Goossens, Pretoria – If Antonio Tonin supposes in his angry letter that I don’t like the present pope, he is right. I would have preferred Cardinal Wilfrid Napier as pope. We all have our predilections.

Take note, however, that I never wrote that I find this pope unworthy. That is for God to decide.

It is a pity that I cannot explain to Mr Tonin in The Southern Cross why I don’t like Pope Francis because the editor would surely not publish my letter. If Mr Tonin wants to know why I don’t like this pope, he should try to contact me personally via the editor.

Also, Fr S’milo Mngadi in his column in the same issue, “The Church has to be a home for all”, writes: ”I am not sure whether being gay or acting as such is or is not according to God’s plan.”

I feel happy to have taken away Fr Mngadi’s unsureness about a problem that must have vexed him for some time. And that for free. It saved him fees for a refresher course in Christian morality.

Fr Mngadi’s uneasiness was probably caused by Building A Bridge, a book by a priest whom he calls the “current James” — and by this James he does not mean the Apostle St James, the Moor slayer, but Fr James Martin SJ, the homophobic-slayer.

This current James is a homo-lobbyist, who was appointed by Pope Francis last year as a Vatican adviser. This James asserts that God created two different orders of sexual behaviour, heterosexual and homosexual, and that both are good and right according to God’s will.

He maintains that in the last 2000 years the Church has misunderstood God’s plan for sexuality, and that in our days, at last, it is time to switch to a new teaching.

So is homosexuality according to God’s plan or not? Depends which book you read: The Bible says no, Building A Bridge says yes. But as for me and my family, we stick with the Bible.