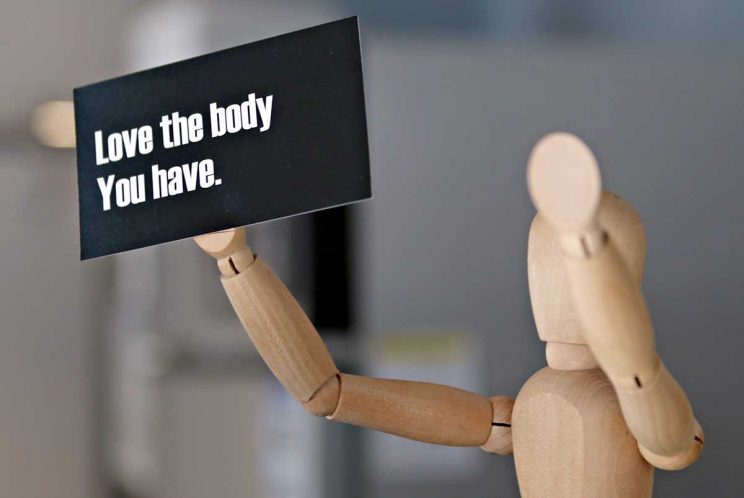 Rich. Filthy rich. That’s what they are. Off of our vanities and insecurities, they are made wealthy enough to parade through the cities of the world in glistening vehicles and diamond-studded watches. In their eyes we are piglets to be raised for slaughter. They will press and pull at our flesh and when they are content with its plumpness they will turn us on our backs and say to the butcher: “Cut it here.”

At times the beauty industry can be likened to an abattoir. Young and innocent are the calves of sheep and goats. Unaware of the cold axe that is about to sweep through them, they are pushed in and lined up for the kill.

So it is with young women. As little girls they are promised to grow into tall and gorgeous Glamazonians. Until then, they are content to play and read of dragons and warriors.

One day they will awaken to find that they are no longer girls but are on the difficult, dark and dangerous path to becoming women. They are forced to devour images of blemish-free faces and even skin tone. It will be implied to them that unless their muscles are defined, they are morbidly obese. They are disgusting, ugly and fat.

Then, to their utmost horror, the realisation that they are not tall or thin will assault them in the deepest of their hearts. Horror turns into fear. Here brews the anguish, the angst and the panic. “How will we ever be lovable?” they cry.

The gentle piglets have now grown to be old enough and plump enough to have their bodies pricked and sliced into pieces. Now the butcher will grin a grimace that shows devious intentions. “So you wish to be desirable?” he will ask them.

He will show them flaws that do not exist and imperfections of make-believe. Through this, their flesh is sold on the market. These innocent lives will sell themselves to the manufacturers of skin-lightening creams, cellulite-removal lotions and meal replacements.

Those most especially wounded by the butcher’s cleaver will place their hopes of reaching the beauty climax in silicone implants, lip fillers and botox. Others will wish to seem less vain and turn to liposuction.

What a disruption to the trades of the day it would be if someone were to march into the streets and tell the merchants that these body parts are not to be sold as meat?

Don’t Turn the Temple into a Marketplace

Saint Paul tells us that the body is a temple of the Holy Spirit (1 Cor 3:16-17). How wicked it is then that this temple should be turned into a marketplace. Jesus at the sight of animals and goods being bartered in the temple overturned the tables of the traders and cast them out with a whip (Mt 21:12-13).

So too must we scorn and scold the greedy and the irreverent who wish to turn the body of a woman into a market.

I am yearning for beauty campaigns that advertise products in a way that celebrates a woman’s beauty. I have grown weary with campaigns that seek to make a woman feel that what she was born with is somehow lacking or inadequate.

Who of us would walk into a church and seek to improve the appearance of the tabernacle? Because of that which it holds, it needs no decorations. Indeed, it is beautiful on its own but its glory brings us into celebration, and as such it is adorned with flowers on its sides.

So it must be with the beauty of women and the mystery of their bodies. They are beautiful in themselves and the sight of them must bring us into a festive mood overflowing with joy. Anything less than this is pure exploitation.

Each time that God gazes lovingly at his creatures, he is warmed by an overwhelming sense of familiarity. When he rests his eyes upon us, he sees a reflection of himself.

Each one us, moulded so skilfully in his image, is a divine mirror. Soon this mirror will be gilded and held up high for the world to see.

Read previous columns by Nthabiseng Maphisa, who writes for us monthly, at www.scross.co.za/category/perspectives/nthabiseng-maphisa/