The Church Has to be Home for All 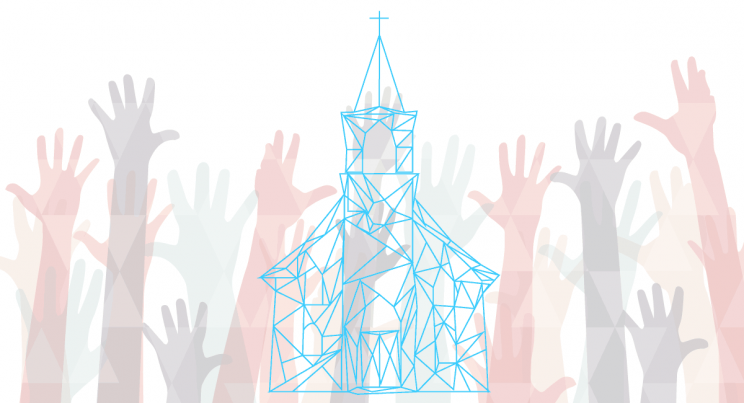 In a recent social network post, Fr James Martin SJ reported that the Catholic composer of hymns like “Here I Am Lord”, Dan Schutte, had had a concert scheduled for April banned from a Catholic parish’s grounds in the US, after protests by right-wing Catholic websites that suspect the composer to be “gay”. This is sad.

Following the protests against Mr Schutte’s concert at a parish in Kansas City, Bishop James Johnston Jr ordered that the concert be moved, citing bureaucratic reason involving paperwork (he has denied that his decision related to the pressure from the right-wing websites).

It is important to note that Mr Schutte, a former Jesuit,  has never made a public statement concerning his private sexual life, as is his right.

Fr Martin, a popular Jesuit author, on Facebook described this incident as “another triumph of hatred and homophobia in the Catholic Church”.

The Jesuit himself recently suffered a similar fate of exclusions after the publication of his eye-opening book Building A Bridge, which proposes an open pastoral approach to LGBTIQ+ Catholics.

What the Catechism Says

The Catechism of the Catholic Church teaches that people of homosexual orientation must be treated with respect, compassion and sensitivity (2538).

Yes, the homosexual act, as it is not open to procreation, is not accepted by the same Catechism which describes it as “intrinsically disordered” and of “grave depravity”.

I am not sure whether being gay or acting as such is or is not according to God’s plan. As I have said in my recently published book, Collared and Content, the Catechism states that “its psychological genesis is largely unexplained” but it’s opposed to Scripture and Tradition (2357).

The words attributed to St Augustine come to mind: “In things essential, unity; in things doubtful, freedom; in all things, charity.”

The Church is a home and a family for all God’s children. People, gay or not, should be welcome in our churches.

It has been said in various forums, including by Pope Francis himself, that the Church is a hospital. If we feel that being gay is a “sickness”, which is a very dubious proposition, then let the Church be a hospital providing its “treatment”.

Some years ago, a mother of a young gay man who had committed suicide was told by some of our parishioners that his funeral should not be in church as his LGBTIQ+ friends would bring shame to our parish. She felt so pushed to yield to that pressure that only my firm order convinced her that we should have the funeral in church.

One of the mourners, a lesbian who had left the Church in protest against being ostracised, later said that her reconciliation with the Church began during what she called that “non-judgmental” Requiem Mass.

I pray for a gay theology that is consonant with traditional Catholic theology.  However, we can only realise this when we have Spirit-filled witnesses who are both gay and Catholic.

This is how the Church began: “Go to Jerusalem and await the Holy Spirit and become my witnesses in Jerusalem, Judea, Samaria, to the ends of the earth” (Acts 1:8).

The Church will embrace good Catholic gays and lesbians just as she included the Gentiles at the Council of Jerusalem (Acts 15), with extreme heteronormativity curtailed at the altar of love, the Cross.

Let gays and lesbians be given a safe space to share their experiences.

Fr Martin’s book, which I mentioned above, goes a long way to guide us in this direction. Then, the “current James” will proclaim what is good to us and the Holy Spirit.

Fr Mngadi’s column runs in The Southern Cross every eight weeks. Join him on a very special pilgrimage to Uganda and Rwanda in June. More details at www.fowlertours.co.za/africa