A new movie based on the life of Christian rock singer is opening in cinemas around South Africa on May 11. 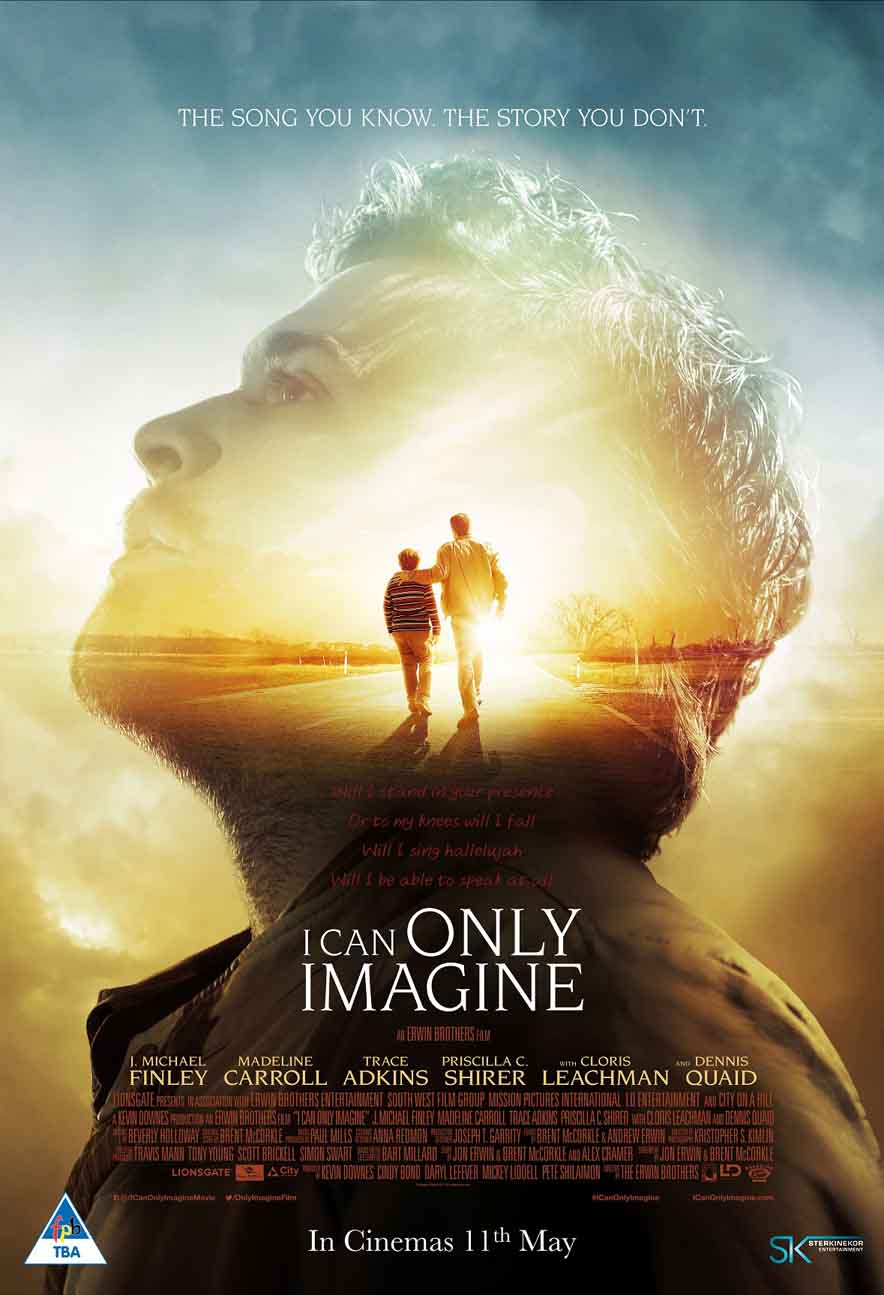 Named after MercyMe’s 2001 Christian-rock hit of the same title — the best-selling Christian single of all time — I Can Only Imagine tells the story of MercyMe lead singer Bart Millard, who as a child is emotionally and physically abused by his father (Dennis Quaid) and abandoned by his mother.

The abuse starts after his father suffers a brain injury due to an accident at work. He becomes a “monster” who is unable to control his anger and disappointment with life. Bart (played by John Michael Finley) and his father manage to repair their relationship, and the son gets to witness the power of faith and transformation first-hand in his father.

Broadway actor Finley (Les Misérables, Sweeney Todd) makes his film debut in the lead-role of Bart. It was his booming voice that first drew filmmakers to cast him as this pivotal character.

Veteran actor Dennis Quaid (The Right Stuff, Breaking Away, The Parent Trap, Far From Heaven) plays Arthur, Bart’s father, who saw his dreams dashed and strives to protect his son from similar disappointment, even if it means having no dreams at all.

I Can Only Imagine is billed as “a gripping reminder of the power of forgiveness and beautifully illustrates that no one is ever too far from God’s love—or from an eternal home in Heaven”.

“What I’m most excited about is people seeing this who have never heard the story before,” said producer Kevin Downes. “This is a powerful tale that I believe is going to bring hope to people all over the world.”

The film is directed by Jon and Andrew Erwin (known as the Erwin Brothers) whose credits include the acclaimed Christian movie Woodlawn (2015) and the critically-panned Mom’s Night Out (2014).

Inspiration for film and song

The film was inspired by the 2001 song “I Can Only Imagine”. The idea for the song was inspired by Bart Millard’s past and was written years after finally overcoming his abusive childhood.

“We were making an independent record, and we needed one more song. And I was literally just trying to find a blank page [in my journal], and every page had the words ‘I Can Only Imagine’ written on it,” Millard recalled. “So it was kinda like, ‘I get it.’ I wrote the song on the bus one night. Even though it took about five or ten minutes to write, it had been in my heart for a really long time.”

The movie will be released in South Africa in Ster-Kinekor and NuMetro cinemas on May 11. See local listings for details.