The Seeds of Good Preaching 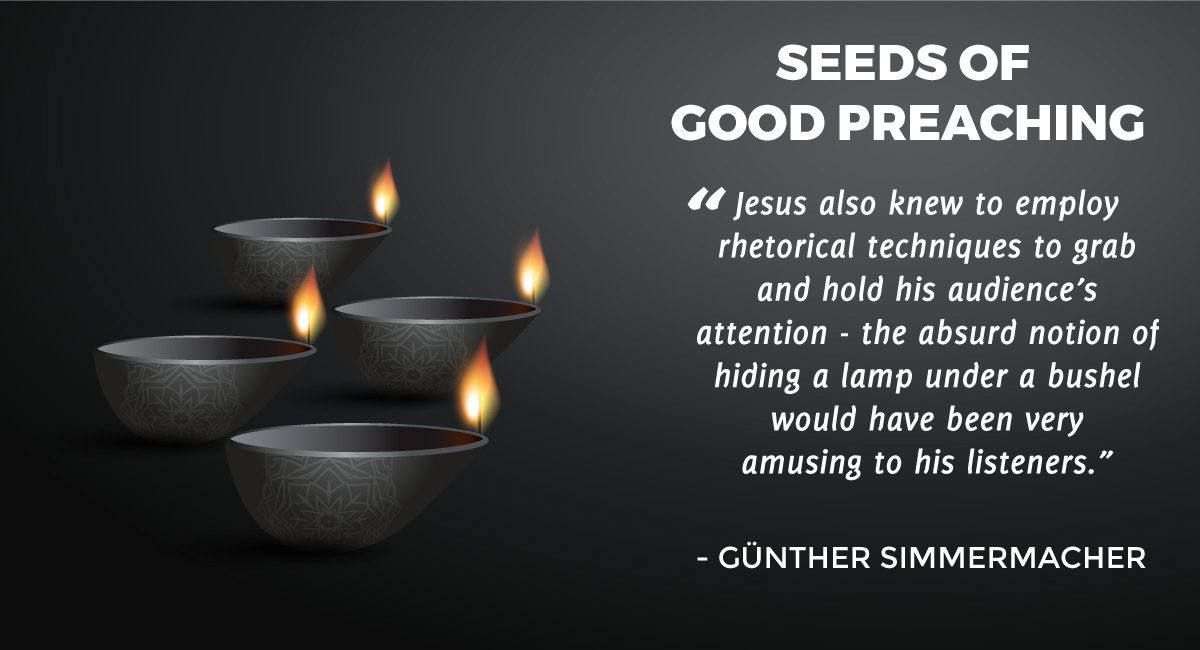 At a time when the quality of homilies is a recurring talking point in the global Church, the example of Pope Francis’ preaching style can offer some direction.

In his homilies and talks at audiences, the Holy Father uses many of the methods which emulate Jesus’ approach to preaching: keeping the message and the way in which it is delivered simple, emphasising it with references to real life — Jesus would use parables to do that — and then driving home the point.

Some of Jesus’ parables might be a little difficult to follow for today’s audiences because they are set in a particular place and time, but to the original audiences they made immediate sense.

Jesus spoke to the life of the people and what they knew. When on the shore of the Sea of Galilee he delivered the Parable of the Sower, he referred to what his audience could see right where they were standing: rocky ground, thorn bushes, as well as fertile land. Jesus and Pope Francis show that homilies need no sophisticated dissertations of theology or dry recitations of the Catechism.

Jesus also knew to employ rhetorical techniques to grab and hold his audience’s attention. Telling moral stories — the parables — was one way. Occasionally he would introduce humour; the absurd notion of hiding a lamp under a bushel would have been very amusing to his listeners.

Jesus and Pope Francis show that homilies need no sophisticated dissertations of theology or dry recitations of the Catechism.

Homilies should relate the Word to the lives of listeners, translate theology to real life and, as Pope Francis has put it, “give a voice to Jesus”.

This must take into account who these listeners are, and in what situations they live. Self-evidently, a sermon at the opening Mass of a theological conference should be very different in tone from one directed at pre-school children. In between, there are countless permutations of contexts in which homilies are delivered.

If a preacher is able to relate Scripture to the lives of people in a meaningful way, as Pope Francis does and as Jesus did, then he will have an appreciative congregation.

Of course, parishioners must also be patient with their priests. Preaching great homilies requires a particular talent. Some priests will have gifts that are fruitfully applied in other areas of parish ministries but are not good at preaching. Churchgoers deserve good preaching, but they nonetheless should be forgiving of those priests whose best efforts at preaching are less than brilliant.

Priests may also be too busy with their many other responsibilities to allocate the necessary time and attention to preparing a sermon, especially at an age when the workload of the average pastor is increasing.

Pope Francis, at a general audience in February, reminded parishioners “that every preacher has both his merits and his limits”, and therefore to listen to all homilies with an open disposition.

Churchgoers deserve good preaching, but they nonetheless should be forgiving of those priests whose best efforts at preaching are less than brilliant.

Generally, frank communication between priest and congregation may help improve preaching. Priests may find benefit in inviting trusted parishioners to review their preaching, urging them to give candid criticism where necessary, and drawing from their expertise and insights. Especially priests who struggle with preparing homilies would richly benefit from the input of suitably skilled parishioners.

While the Church reserves the pulpit exclusively to clergy — a situation that cries out for remedy — there is nothing that precludes lay parishioners from advising their priest on the direction of homilies, or even collaborating with him in drafting them.

Especially priests who struggle with preparing homilies would richly benefit from the input of suitably skilled parishioners.

They could even advise priests on the appropriate length of a homily. There can be no prescribed length; this, too, has to be determined by context. There are those rare preachers who can hold a congregation’s attention indefinitely, but there are also homilists who outstay their welcome after a few minutes.

There are those rare preachers who can hold a congregation’s attention indefinitely, but there are also homilists who outstay their welcome after a few minutes.

The needs of parishioners differ widely. Busy suburbanites may expect preachers to get to the point within a few minutes; other congregations may feel short-changed by a brief homily.

By way of guidance, depending on the speed of vocal delivery and allowing for pauses, the present editorial you are reading would take just over five minutes to deliver. Pope Francis recommends a limit of ten minutes for a sermon. Would that be too long or too brief for your congregation?

Let homilies not fall on rocky ground or among thorns.