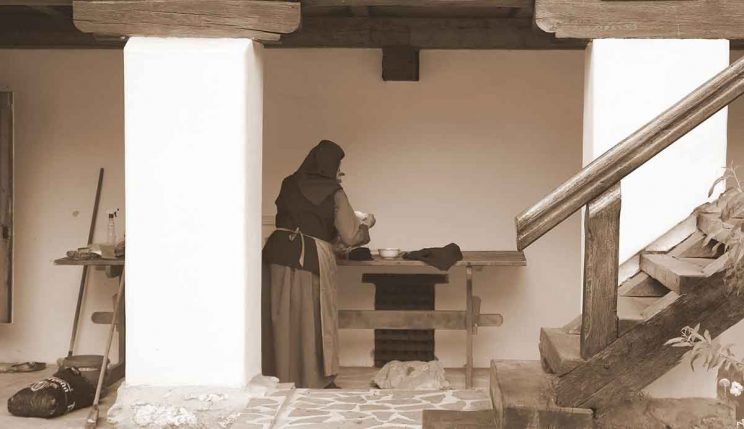 By Fr Dikotsi Mofokeng – In the year of the bicentennial celebrations of the Roman Catholic Church in South Africa, the bishops in the January plenary session cited the words of St John Paul as an inspiration to the celebrations and commemorations: “Remember the past with gratitude, live the present with enthusiasm, and look to the future with confidence.”

We must acknowledge the enormous contribution made by the gallant men and women, religious and diocesan priests whose resilient sacrifice and love are kept alive in the local Church today.

I am not “canonising” them but I want to pay tribute to these religious men and women of God for their generosity with their lives.

Through my private readings and studies, I learnt that many extraordinary things happened in the lives of the missionaries who landed on our shores.

Many of the pioneers came from Germany, France and Belgium. They left their parents and familiar surroundings and chose to come to Africa — Southern Africa.

Evidence of poverty, hunger, wars, dictatorship, apartheid, government persecutions, expulsion from the country, various theological ideologies, sickness and so on were right in their faces. They were also affected by the socio-political and historical context within their communities. Yet, despite all of these, the missionaries stood firm in proclaiming the kerygma — the basic Gospel truth.

Most of the time, it would take them an entire day’s trip to bring the Good News to the remote, isolated, rural and mountainous regions where most of the roads were no more than simple dirt paths. In return, the indigenous people welcomed the European missionaries with true generosity and open arms.

With humility and determination, the missionaries helped many Africans to reach the heights of Christianity and education. They introduced many people to the Christian mysteries, including Africans who practised traditional religions, and converted many animists to the Christian faith. They made the neophytes  understand that the Cross of Jesus Christ is at the centre of his salvific mission.

Many missionaries learnt the indigenous languages. In mastering the local language they were able to teach catechism and preach to the locals. They celebrated the daily Eucharist in the vernacular of people and translated hymns into their languages.

These missionaries encouraged vocations to religious life and trained many young men to become priests. Youth centres were established with study rooms and game rooms.

Furthermore, a good number of children in the local communities earned their primary school education through the assistance of the missionaries. Under trying circumstances, missionaries provided boarding schools for students.

In the midst of poverty, the missionaries sustained themselves and the people by farming the land and obtaining the resources necessary to cover the costs of running the mission. In such poverty, these men and women of God sacrificed themselves without ever complaining. Their lives were completely imbued with the spirit of God.

They catechised many people, baptised them even at the very moment of their death, and buried them with dignity.

The majority of these missionaries remained in our conference area for the rest of their lives. They understood that their work would not have been completed until the moment of their death. Some of them were brutally taken off by untimely deaths. Primarily, they were here to serve God and his people.

Personally, I will always appreciate the efforts made by the missionaries who heeded the command of Jesus “to bring the Good Tidings to all people and to the ends of the earth”.

Undoubtedly, the Church in Southern Africa is strong for she was founded on the sacrifices of missionaries and on Evangelii Gaudium — the Joy of the Gospel.

Fr Dikotsi Mofokeng is a priest of the diocese of Bethlehem. He wrote his PhD on Mission and Evangelisation.