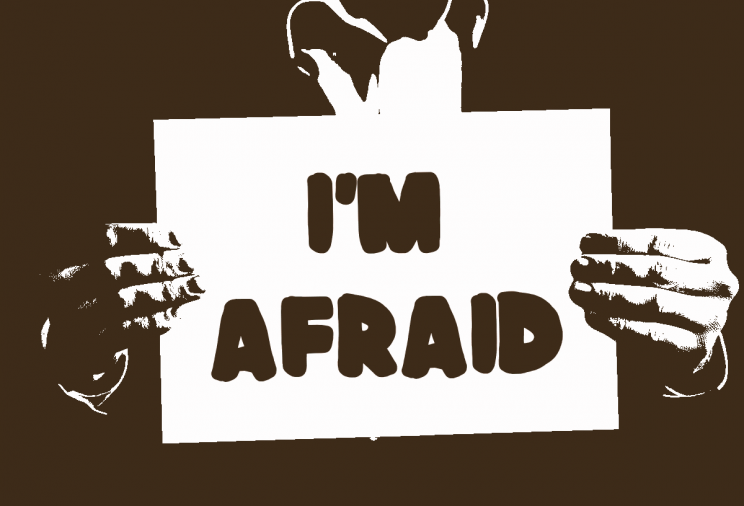 Fr John Allen Green OFM – A long time ago, while I was in formation for the priesthood, there was one particular superior that made my life miserable; it was like an all-seeing eye, a control freak, critiquing every action; nothing was ever good enough and he was able to quote the law as backing for his continuous criticism.

As his own actions often contradicted the continuous litany of criticism, I considered that I personally must be the target of a malicious, grumpy old man. This made me deeply resentful.

One day I was with this particular ‘formator’ together with a group of his old university buddies, when I suddenly saw this person in a new light and recognised that his stream of criticism was actually based on the fear of losing control. A sudden flash of insight; ‘ The old man is afraid?’ By the sound of the barking criticism, I would never have guessed this.

This caused me to reconsider my previous judgment. To be perfectly honest, I had to admit to myself, some of my fiercest barking is also caused by fear. It’s a behaviour we humans share with the animal kingdom, like the hair that stands up on animals to make them appear larger, our growls are often caused by fear.

Fear wears many masks and it’s usually difficult to identify in others and almost impossible to recognise and admit to in ourselves.

Think about it for a moment. Question yourself about why you say no to things. What disturbs you about others? Why you dislike certain changes? Why are there certain things you don’t do?

Fear takes as many forms as there are human situations and, as I have already said, it often disguises itself, like in that old man, as aggression, as criticism.

Consider the Gospel. At first sight, you would think the townspeople in the gospel had taken leave of their senses. They recognise the wisdom of Jesus’ words, they admit to the miraculous nature of his deeds, and then, strangely, they utterly reject him. How very contradictory?

They have the proof of greatness before them but they cannot bring themselves to accept it. What is the explanation for this startling state of affairs? Listen again to the townspeople’s complaint: This is the carpenter, surely, the son of Mary, the brother of James and Joset and Jude and Simon? His sisters, too, are they not here with us?’ And they would not accept him.

Fear of the Unknown

Do you see how they are arguing for the familiar, the known, what is comfortable. They are rehearsing to themselves what they know, or think they know, about Jesus, what they are comfortable with.

Vocations to the priesthood or to the religious life have often caused major disruptions in families and communities.

Imagine the family of Judith Stein, a Jewish family suddenly having Catholic nun in its midst; it changes everything for everyone, and not everyone appreciates being ‘redefined’ without their permission, so to speak.

For the townspeople of Jesus hometown to accept his wisdom and his miraculous gifts would mean having to accept a number of other things as well, not the least of which is a new ‘pecking order’ in the social arrangements.

They would have had to accept that they had somehow been blind to the prophet in their midst and to admit this to one another. I think they were afraid of doing that. The very way they seem to insist on what they know about Jesus shows their discomfort, and I believe it was discomfort to the point of fear; fear of the unknown.

Becoming a Christian Means a Radical Definition of Who We Are

There are many things we do, and refuse to do, out of fear. Beginning a real prayer life is perhaps one of the most common. To become a person of real prayer is to bring about a radical definition of one’s life and values.

Giving up smoking or alcohol does the same thing. When a person gives up smoking they may think I will never be happy again. With alcohol it’s even worse, apparently. Many alcoholics report that they don’t give up because they don’t know how they would deal with all those hours in a day if they were sober; it would require becoming an entirely new person, and for many that is just too frightening to contemplate.

All this leaves us with the question: “What am I afraid of beginning or of leaving behind in order to become the kind of person I know I am really called to be?”

Recently the Gospel has spoken of the demons who went into the pigs and caused them to die. The townspeople were so frightened by this they asked Jesus to leave the district! Can you imagine! They asked the one person who could bring them salvation – to leave! We do so very much like our status quo, don’t we?

“Do not be afraid!” says God’s word all throughout human history. Every time God message is brought to us; “Do not be afraid!” Fear lowers our horizons and keeps us trapped in the familiar and safe, as we see in the people of Jesus’ hometown. He could work no miracles there.

It is Faith and love that cast out fear. Help me O Lord to Love as you Love!