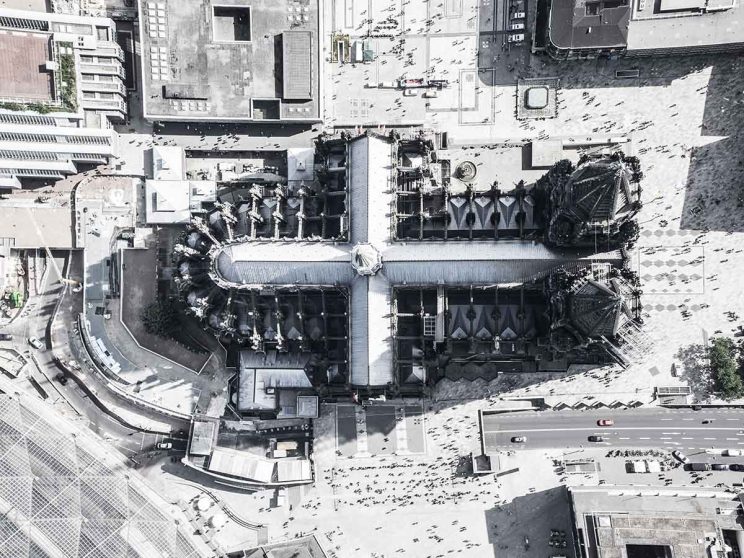 The Cathedral Church of Saint Peter is a Catholic cathedral in Cologne, Northrhine-Westfalia, Germany. It is the seat of the Archbishop of Cologne and of the administration of the Archdiocese of Cologne. It is a renowned monument of German Catholicism and Gothic architecture and was declared a World Heritage Site in 1996. It is Germany’s most visited landmark, attracting an average of 20,000 people a day, and currently the tallest twin-spired church at 157 m tall.

Construction of Cologne Cathedral commenced in 1248 and was halted in 1473, leaving it unfinished. Work restarted in the 19th century and was completed, to the original plan, in 1880. This cathedral has all sorts of treasures  – one of them is the High Altar, which was installed in 1322. It is constructed of black marble, with a solid slab 4.6 m long forming the top. The front and sides are overlaid with white marble niches into which are set figures, with the Coronation of the Virgin at the centre. (Info: Wikipedia)