Of Credit Cards and Other Curses 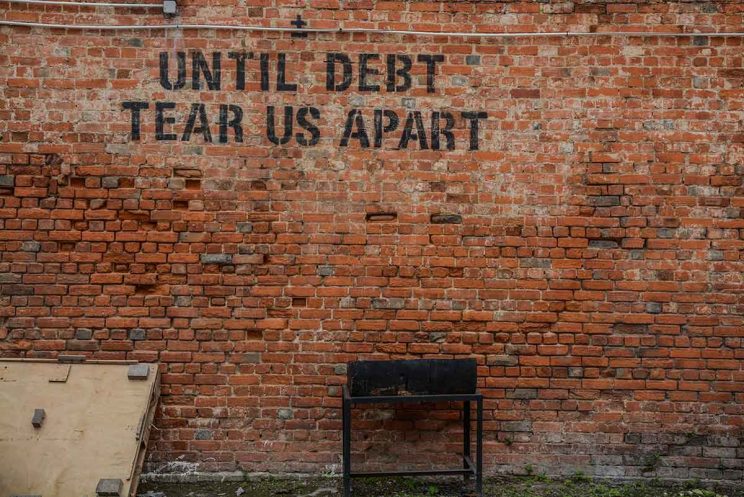 I  remember the first time I felt rich. I was 11 years old and had found myself with R50 to spend at the tuck shop. It was time to splurge and shower my classmates with sweets or salty treats.

I decided, perhaps in an attempt to gain popularity, to blow it on a box of Crazy Pops — ice lollies packaged in a long plastic strip that come in a variety of flavours.

Soon the box was in my hand and I was ready to hand them out to the faces that I favoured and to be seen by the ones that I didn’t. For a brief moment those ice lollies had made me powerful and given me the opportunity to form new alliances in the classroom.

Money is a strange thing. It is at times an angel and at other times a demon. In its most wicked form it appears alluring and seductive. Like a harlot manipulates her solicitor, it will pull you in and give you every pleasure in which your senses can indulge.

And when it has had its way with you, it will withdraw its charms and demand its compensation.

But when it is at its kindest, it is a life-saving ferry in the treacherous waters of life. How often have we found ourselves choking and gasping for breath under the charging rapids of school fees, motor vehicle instalments and other bills? And what a relief it is when money finds its way to us in these moments of drowning.

In the sphere of financial services there are numerous insurance companies, investment banks, mutual funds and the like. This seems to suggest that humanity has organised its use of money sensibly. But despite the many algorithms that exist to help us do this, money still seems to trouble us.

It is well-known that the hearts of investors, traders and those whom they serve are ruptured by the daggers of fluctuating futures prices.

We are afraid to lose money and so we spend money to protect it. Such is achieved by slaving away to make money or by borrowing copious amounts of it. The latter is a well-disguised trap for those who are innocent, trusting and unsuspecting.

An Aversion to Debt

My mother has encouraged me to get some kind of debt so that I build a respectable credit record. My bank has twice offered to see if I qualify for a credit card. Despite these pressures, I have developed an aversion to debt. I loathe the idea of spending money I do not have.

I have seen too many people wander into the forest of debt. They feast on the flesh of a new credit card offered to them by the bank.

These credit cards, like berries and mushrooms, are in great abundance. But soon the sun will rise and its rays will peer through the woods. Then they will see that in the excitement of picking berries they have pricked themselves with thorns and felt the poison of the mushrooms churning in their stomachs.

By day it is a nourishing fountain, by night it is a famished hound, hungry and on the prowl. In the light it is a vessel carrying hopes for a better life, in the darkness it is a missile leaving grotesque greed in its wake. It is the weakness of gamblers and the strength of dreamers.

In the calm of the morning, we cautiously count our coins, but when dawn has turned to dusk we become like wolves and for money we lust.

Dear God above, take care of us, let not your heart turn into ice, may what we have now endure and in the future suffice.