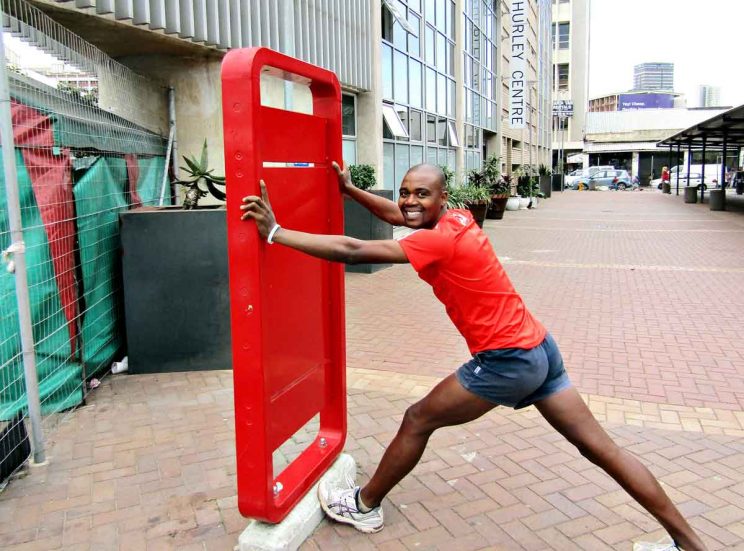 Catholic firefighter Sipho Mataka is gearing up for his fourth Mandela Marathon, this time aiming to fundraise for Durban’s Denis Hurley Centre. The Mandela Marathon route in KwaZulu-Natal takes in several Pietermaritzburg parishes, is close to St Joseph’s in Cedara, and also Howick parish.

Catholic firefighter Sipho Mataka will be running the Mandela Marathon on August 26 to raise money for the Denis Hurley Centre in Durban.

Mr Mataka, 39, from New Hanover in KwaZulu-Natal, is no stranger to marathon challenges.

This will be his fourth Mandela run, and he has also done the Soweto, Two Oceans and JZ Zuma marathons, among others, plus the ultramarathon 90km Comrades five times.

The route of the Mandela Marathon is full of history.

It starts at the Arya Samaj Hall in Imbali where the future president made his last pre-arrest public speech in Match 1961, and ends at the site just outside Howick where Mr Mandela was captured on August 5, 1962.

Mr Mataka, a member of the parish pastoral council at Wartburg parish, explaining why he wants to run for the Denis Hurley Centre, said: “I ask myself, how I can help people who are helpless? I am not rich but my daily life is good. At the same time, I am aware of people who cannot even get something to eat.”

He hopes that people will sponsor him to increase his motivation: “That way, when I am killing myself running, at least I know I am doing it for a good cause!”

Denis Hurley Centre (DHC) director Raymond Perrier said he was grateful to Fr Sfiso Mpanza of Wartburg for introducing him to Mr Mataka.

“We have a range of activities to celebrate the Mandela centenary, and having someone run the Mandela Marathon seemed so appropriate,” he said.

“It may be a long walk to freedom but it is an even longer run for fundraising!”

Mr Mataka said there are three things that keep him going when he runs: “I always wear my rosary, so I know that Mother Mary is close to me; I have a great sense of determination — I have never not completed a marathon; and I am urged on by the support of the crowd.”

Mr Perrier hopes to mobilise Catholic supporters for Mr Mataka since he will be running through some of the parishes in Pietermaritzburg, close to St Joseph’s in Cedara, and also near the parish in Howick.

In honour of Mandela’s prison number, Mr Mataka has set himself a target of R46 664.

“This would be enough for the DHC to serve almost 800 homeless people and refugees in our clinic,” said Mr Perrier.

“We will know when Mr Mataka has completed the run since he always kneels down to pray when he crosses the finishing line.”

To sponsor Mr Mataka, or to find out more about the DHC’s Mandela 100 initiative, e-mail Mandela100@denishurleycentre.org or call 031 301 2240. To sponsor online by credit card or EFT, go to www.doit4charity.co.za/Sipho.Mataka