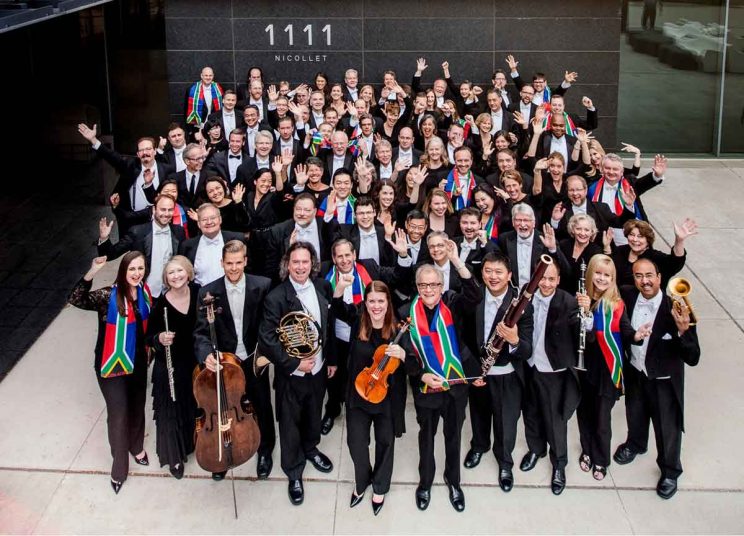 Regina Mundi Catholic church in Soweto, famed for its role of sheltering anti-apartheid groups, will ring to the sounds of the visiting Grammy-winning Minnesota Orchestra. The group’s first tour of South Africa, entitled “Music for Mandela”, is to mark this year’s centenary of Nelson Mandela’s birth. The orchestra will also play in other major centres, along with local choirs.

A famous Catholic church will be among the venues for next month’s South African tour of the Grammy-winning Minnesota Orchestra.

The orchestra’s first tour of the country is titled “Music for Mandela”, to mark this year’s centenary of Nelson Mandela’s birth. They will play at Soweto’s Regina Mundi church on August 17.

Regina Mundi, the largest Catholic church in South Africa, is iconic for the role it played in apartheid, opening its doors to activists and providing shelter to anti-apartheid groups, particularly in 1976 during the Soweto uprising.

The church also features a famous stained-glass window of Nelson Mandela, “Father of the Nation”.

The Minnesota Orchestra, founded in 1903, won a Grammy for “Best Orchestral Performance” in 2014 and was nominated for another Grammy this year.

Conductor Osmo Vänskä travelled to South Africa in 2014, and conducted the South African National Youth Orchestra as part of its 50th anniversary celebrations.

This experience, along with the Minnesota Orchestra’s tour of Cuba the following year, inspired the group to adopt a strategic plan in 2016, “engaging in musical diplomacy” as well as fulfilling its mission to enrich and serve the community.

“Music plays a central role in South African culture today, both choral music and a growing orchestral tradition, and we are excited to experience and be part of this,” Mr Vänskä said.

The Minnesota Orchestra’s performances are among almost 50 projects planned by the Nelson Mandela Foundation to commemorate Nelson Mandela’s centenary.

In Soweto the orchestra and choirs will perform a variety of African songs, including arrangements in local languages such as isiXhosa, isiZulu and seSotho.

The Gauteng Choristers, conducted by Sidwell Mhlongo, will perform Beethoven’s “Ode To Joy” with the Minnesota Orchestra.

“The ‘Ode to Joy’ is one of the most recognisable pieces by Beethoven, and it will be a great pleasure to honour Madiba with such a universally appealing piece which expresses joy through suffering,” Mr Mhlongo said.

“We are also looking forward to performing a variety of African pieces. The concert will highlight the meeting of African and Western cultures in perfect harmony.”

Ticket prices range from R100 to R600 and bookings can be done through Computicket at www.computicket.com/music. For more information, visit minnesotaorchestra.org/satour