Mikyle Adams’ Passion is the Organ 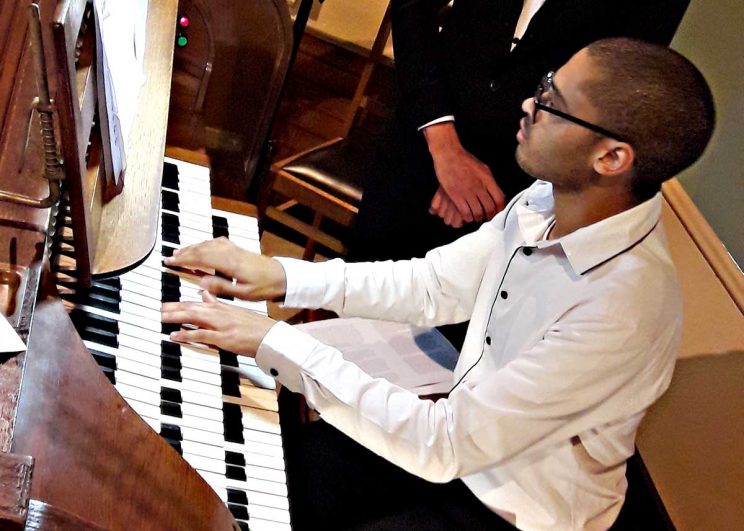 Its resident organist, Dale de Windt, is a teenager, and lately another young Catholic with great talent held his first cathedral organ recital there, playing solos and ensemble works with friends.

Mikyle Adams, 20, became the youngest-ever choirmaster at Corpus Christi parish in Wynberg at the age of 14, as well as its organist.

Also adept at the flute, his passion is the organ, which he showcased in the cathedral recital in mid-August.

“People in the audience said they were moved by its technical capabilities,” he said. “This is what I wanted to achieve:  showing  the organ’s beauty as an instrument and its music.”

Currently in his second year of study towards a bachelor of Music degree at the University of Cape Town’s African College of Music, Mikyle has a passion for Western classical music, especially Baroque, Romantic and sacred music.

He  is also the author of the blog “Organs in Cape Town”, a project he started earlier this year. The first aim is to record the history and specifications of all the digital and pipe organs in and around Cape Town.

Next, the project aims to share the heritage of these organs to help musicians who do not have knowledge of the organ to use the resources on his website (www.mikyleadams.com) to prepare themselves well for playing the instrument.

The final objective is to publish the entire collection with audio samples to allow people to have a deeper appreciation of the instrument.

Organists he is inspired by include England’s Simon Johnson and South Africans Grant Bräsler and Zorada Temmingh (the latter is well-known for improvisation), as well as pianists David Fray of France and South Africa’s Franklin Larey.

The gifted musician is steadfastly working towards his goal of becoming a concert pianist and organist, music educator and researcher.