If Pope is Innocent of Vigano’s Claim, Let Him Say So 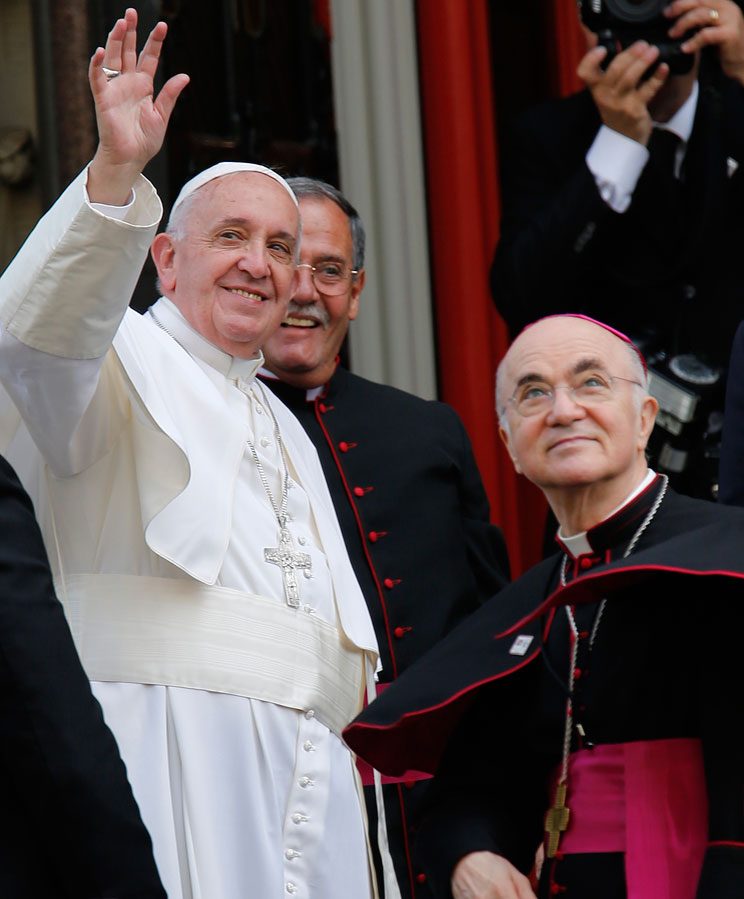 The Southern Cross editorial of September 12 in favour of a Truth & Reconciliation Commission for repairing the abuse scandal and restoring justice to the Church in the wake of the terrible crisis engulfing the whole Body of Christ, deserves grateful praise.

Arising from the unique experience of the people of South Africa, the suggestion deserves the careful consideration of Christians in other jurisdictions, and is a tool that ought to be in the repertoire of every portion of the faithful, everywhere.

Alike praiseworthy is the courageous frankness of the editor in framing the problem.

While too many Church leaders–including Pope Francis—continue to insist that the crisis is one of “safeguarding”, the editor notes: “The Church has had 16 years, and longer, to respond proactively to the scandal. There have been commendable developments in instituting safeguards, but very little progress in dealing with the past.

“There was an urgent need for a clearing of the tables and accountability already 16 years ago. That urgency is amplified by a decade and a half of persistent inaction.”

If there had been any doubt, there can be none after the northern Summer of 2018: the crisis arises from corruption in the moral culture of Church leadership—corruption that serves further to entrench a sense of privilege and expectation of impunity.

Those, in turn, become the breastwork of a fortress mentality. Not only a mentality: There is a real fortress of silence, which Christ’s faithful—whatever their state of life in the Church—have a duty to break.

Here, we come to the one point on which I take issue with the September 12 editorial. The editor writes: “There must be censure for those who abuse the scandal in their prosecution of an ideological agenda, as Archbishop Carlo Maria Viganò and his collaborators did in their devious and discredited attempt to implicate Pope Francis in a cover-up.”

I have no desire to defend Archbishop Viganò. I have compared him — publicly and on the record — with the infamous American gangster-turned-federal-witness, Joe Valachi. Valachi’s motives were hardly pure.

Only a fool could believe Viganò’s are unalloyed. Even if Viganò’s motives are utterly rotten, it simply is not true that his “testimony” has been discredited.

Despite the media’s emphasis on Viganò’s claim of “sanctions” against the disgraced former archbishop of Washington DC, Theodore McCarrick — measures which I have described as likely “a sort of ecclesiastical ‘double-secret probation’”— the supposed and much-contended disciplinary measures are neither discredited, nor are they the lynchpin of Viganò’s dossier.

The central contention of Archbishop Viganò’s spectacular J’Accuse! is that Viganò himself told Pope Francis — in person and to his face, on June 23, 2013 — that McCarrick was a bad man, and that the personnel jacket in the pope’s possession would bear the accusation out.

There is one man with power to dispose of that allegation, and that man sits, silent, on Peter’s throne. Interrupted by the grumbling and oblique references that pepper his many extemporaneous remarks — especially of late at morning Mass in the chapel of the Domus Sanctae Marthae — Pope Francis’ silence does not reassure the faithful of his commitment to their cause. If he can deny Viganò’s allegation, he ought to do so.

In any case, the thing for Archbishop Viganò is to try him in open ecclesiastical court: let him prove his accusations, or not, and let the world see.

Quite apart from Viganò’s “testimony”, however, there is credible evidence of massive corruption reaching all the way to the Apostolic Palace and all the way back to the reign of Pope St John Paul II, if not further.

In some regional hierarchies, the corruption may well be systemic. In the US, for example, McCarrick ordained hundreds of priests, many of whom have gone on to achieve positions of honour and trust — and McCarrick did not rise unaided.

By Christopher Altieri  who is the co-founder and general manager of Vocaris Media, and contributing editor at the Catholic Herald.