Raising Our Boy with Autism 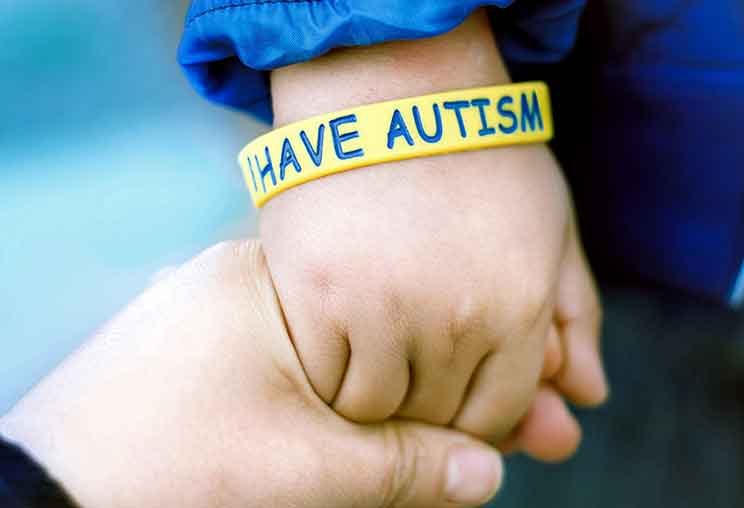 Janine Scott dos Santos’ son has autism, a condition still not understood well by society. Here she shares her journey.

‘These days, everybody has a label. When we were kids, there was no autism, or ADHD — kids just got on with it or got punished. It’s ridiculous really!” said the 42-year-old man selling biltong in his mother’s kiosk.

This was after my boy had had a meltdown at the sound of the slush machines — a sound nobody else could really hear.

I politely smiled, paid for my biltong, and walked away…seething.

You see, the danger with saying things like that is that it negates the real issues which we experience as parents of kids with special needs. My boy doesn’t need stricter parents, or more authority; he is not naughty, or “otherwise”. He is autistic.

Before OJ was diagnosed at three years old, we used to struggle every time we took him out.

I have a large Mediterranean family, and he would get anxious and cry every time we arrived at my mom’s house.

It would kill me inside because I would feel so bad for my mom—she said she didn’t take it personally, but she must have. I would have!

We used to make excuses for him. “He’s not feeling well.” Or, “He must be teething again.” I remember my aunt once saying: “Gees, this OJ is never feeling well.”

But, he was smart. Super smart. His memory was amazing. He could recite whole scenes from movies after watching them only two or three times. He knew all his nursery rhymes. He spoke way ahead of his peers. He could name all the flash cards in a large pack.

My friends with kids of similar age would remark on how brilliant he was, and, as someone to whom language is important, I would preen and try to be humble about it.

But then, at about two and a half, it stopped. He just stopped progressing.

I remember being at a birthday party, and one of his cousins who is of a similar age started having a conversation with his grandmother.

He asked curious questions about salt, and why we have salt on the table and not other spices. It was cute, and clever, and we all laughed at the curiosity of it.

I felt a pit in my stomach. OJ wasn’t asking questions yet. OJ did not really converse. He would ask for things…but not about them.

I spoke to my partner about it in the car on the way home, and she told me not to compare. His cousin had older siblings and OJ had a much better vocabulary anyway.

I rationalised that she was right. All kids are different. But I couldn’t stop wondering about it.

His first school report came. I was so excited to read it, and to hear all about the amazing progress he was making.

It was not good. All the assessments were “Needs Assistance”.

I sobbed myself to sleep that night. My partner told me I was being ridiculous and that it was not matric. I was too embarrassed to show it to our parents and families.

And that nagging feeling that there was something wrong was still gnawing at me.

His third birthday came and we were invited to his birthday ring at school. I remember clearly watching all the kids shout at the teacher when she made a silly joke and participate in the fun. OJ stood in the corner and played with a drum set, as if the rest of the class wasn’t even there.

I felt a massive lump in my throat and blinked back tears as I watched our boy being oblivious to the goings on around him.

I called my partner from the car on the way to work in a ball of tears. She said: “Well, you’ve been saying you want to take him for an assessment. Organise it then!” It was her defence mechanism to act out angrily when she was upset.  For the first time, she had seen what I had been questioning for months.

That week, we took him to see a highly recommended speech therapist. We explained all his quirks, and she gave them names…

“He repeats whole lines from movies and adapts these to get a message across.” Mitigated Echolalia.

“He has to do things in the same way and says the same things in certain situations.” Scripting.

“He sometimes flaps his hands when he gets excited and loves spinning.” Stimming (from self-stimulation).

She asked questions about his diet, behaviour and other habits.

A Son With Autism

And then she said: “He does display some aspects of autism spectrum disorder…”

I am sure she said other things after that, but I can’t remember any of them.

She referred us to an occupational therapist who told us that he has Sensory Integration Disorder.

The speech therapist suggested we see a psychiatrist as it is easier to get medical aid funding if you have a diagnosis.

She suggested a nursery school in our area specifically for “children like OJ with language difficulties”.

It was a whirlwind three weeks in which we went from having a perfectly normal little boy to a son with autism.

It has been a year and a half since then and we know that our beautiful boy has so much to offer the world.

We have had to mourn the idea of having a “normal” or neurotypical child. We have had to accept that we may never be able to access all his thoughts and dreams.

He teaches us things every day. He makes us laugh and cry and scream in frustration.

But more love we could never have.

This article first appeared in Catholic Education magazine, published by the Catholic Institute of Education.