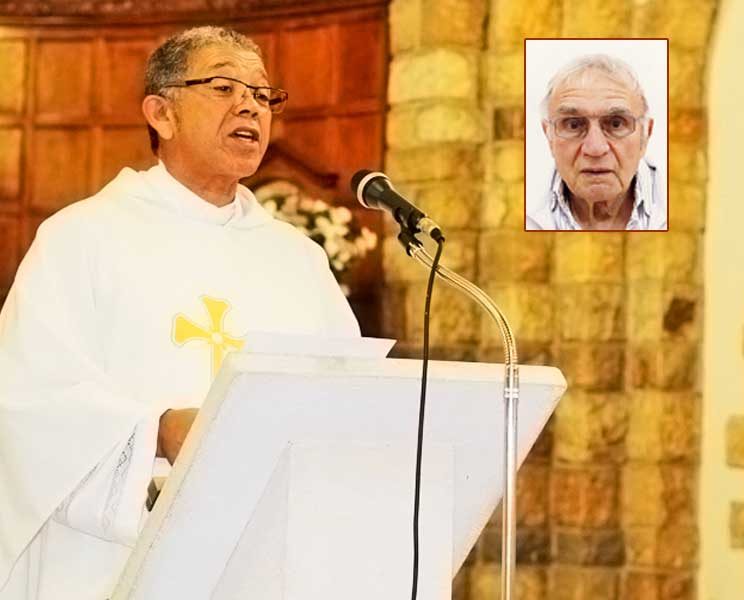 Fr Stafflinger was among those whose Church ministry was characterised by deep humility and steadfast self-effacement.

He was committed to a priesthood that excluded the limelight—even to requesting a simple funeral with no homily.

But on January 18, at his Requiem Mass, the man who had served in Cape Town archdiocese since 1962—as a fidei donum priest attached to his diocese of Eichstätt in Germany—was taken from the shadows into the Nazareth House chapel where his work and memory shone.

Archbishop Stephen Brislin set the tone for the Requiem by describing it as a celebration of Fr Stafflinger’s life and ministry.

Fr Brian Gelant,in his compelling homily-tribute, drew on a sustaining culture of discipleship, shared humanity, and generosity of spirit, as well as recollection of personal encounters, impressions, anecdotes, and writings.

Fr Gelant associated Fr Stafflinger with the Beatitudes: “a gentle and merciful person … who cared for prisoners”.

He also knew him as a priest with a powerful sense of human dignity. He had given a young man, facing army duty in 1971, a prayer book that highlighted this, saying: “The greatest dignity of all visible creation is that of the human person…Have you had sinned against the dignity of others by contention, hatred or ridicule? Have you harmed another in body or soul?”

Within five years of Fr Stafflinger arriving in Cape Town, Cardinal Owen McCann reported to Eichstätt’s bishop that the priest was “working zealously in the tasks assigned to him, especially through his interest in the youth apostolate”.

Fr Gelant in his homily noted that Fr Stafflinger was moulded by his German background.

He was born in Lindau, near Nuremberg in Bavaria, and raised with his brother Theodore by their parents Andreas and Katarina Stafflinger. He was 10 when World War II ended, with hard times for the German people.

After schooling, young Werner Stafflinger studied for the priesthood at the seminary of the Catholic University of Eichstätt.