A History of Catholic Press 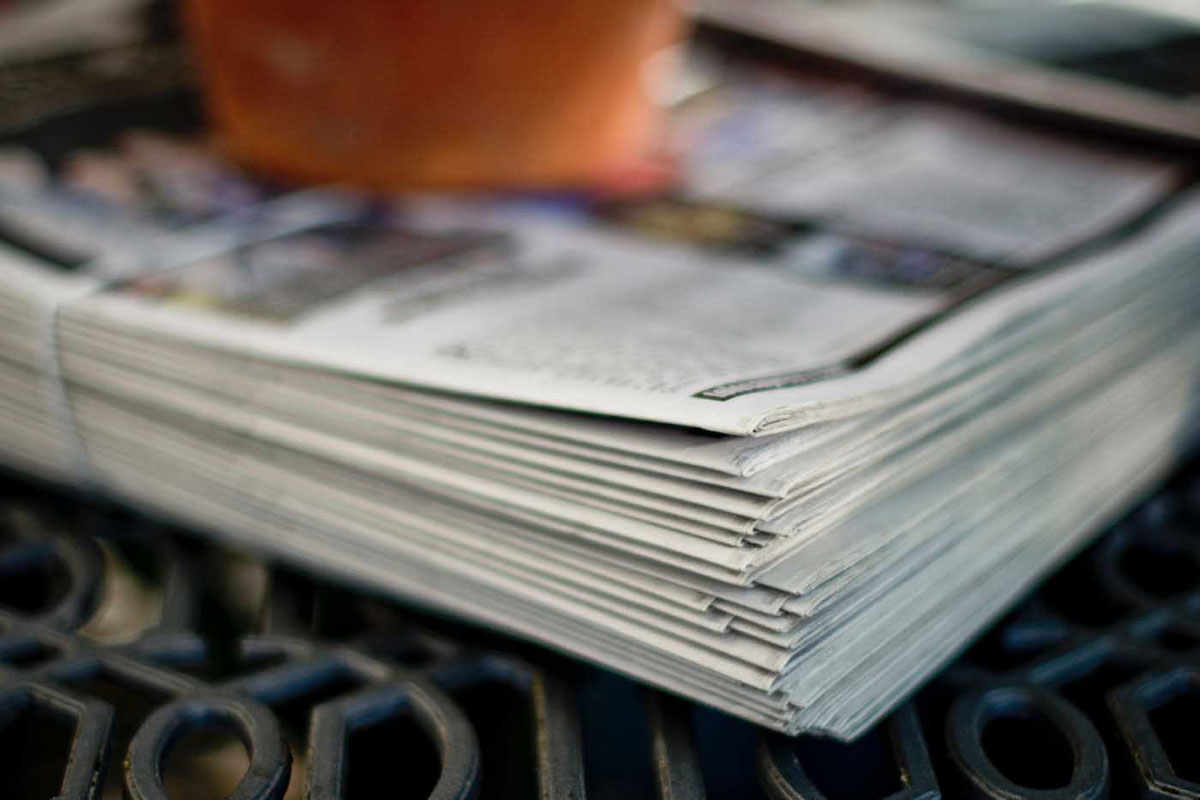 The printed word is the companion to the spoken word, keeping us alive to the spirit of Christ. SYDNEY DUVAL reviews the history of Catholic media in South Africa.

This narrative of South Africa’s Catholic press begins in 1850 with the tellingly-titled The Colonist, which was published in Grahamstown (now Makhanda) until 1859.

Twelve years later, in 1891, the bishops of the region launched The Catholic Magazine of South Africa, a publication edited for 19 years by Mgr Frederick Kolbe that survived its unimaginative title until 1920, when it was discontinued as the new national Catholic newspaper, The Southern Cross, was launching. A full set of the magazine was collected by the late Fr John Brady OMI for the Catholic archive at Victory Park parish in Johannesburg.

The 1930s saw the birth of two other Catholic titles. The Catholic Times was founded to rival The Southern Cross; it survived until the 1950s. And in 1934, the Catholic Women’s League founded Trefoil magazine.

The Catholic community has been reading Trefoil for more than 80 years. The publication was started as a fundraiser for social justice works, guided over the years by five consecutive laywoman editors, all working in a voluntary capacity, according to editorial committee member Frances Correia.

After becoming independent in 1971, Trefoil was reshaped as a full-colour glossy magazine in 1989. Under editor Else Strivens, Trefoil became a brilliant success story of 64 pages with a circulation of 7000 at the start of the  Covid-19 lockdown. Part of its impact comprised its remarkable menu of in-depth reflective articles on a broad range of topics for the faith community. From art to theology, from world events to current issues, from storytelling to papal teaching, from contemporary society to memorabilia, Trefoil seeks to inform and inspire its readers to join together in building community.

Abbot Francis Pfanner, the Trappist founder of Mariannhill, was a visionary and, in many ways, a feisty man ahead of his times. He demonstrated this in his various missionary endeavours, from horsepower and hydroelectric generators to printing works and progressive farming methods that so impressed Mahatma Gandhi. He engaged with Durban and Maritzburg newspapers to argue for the education and social upliftment of the local Zulu-speaking communities — for all to cooperate in efforts to build “better fields, better homes, better hearts”. Pfanner produced newsletters that he sent to Germany and Austria to inform parishes and donors there of the missionary work they were supporting. 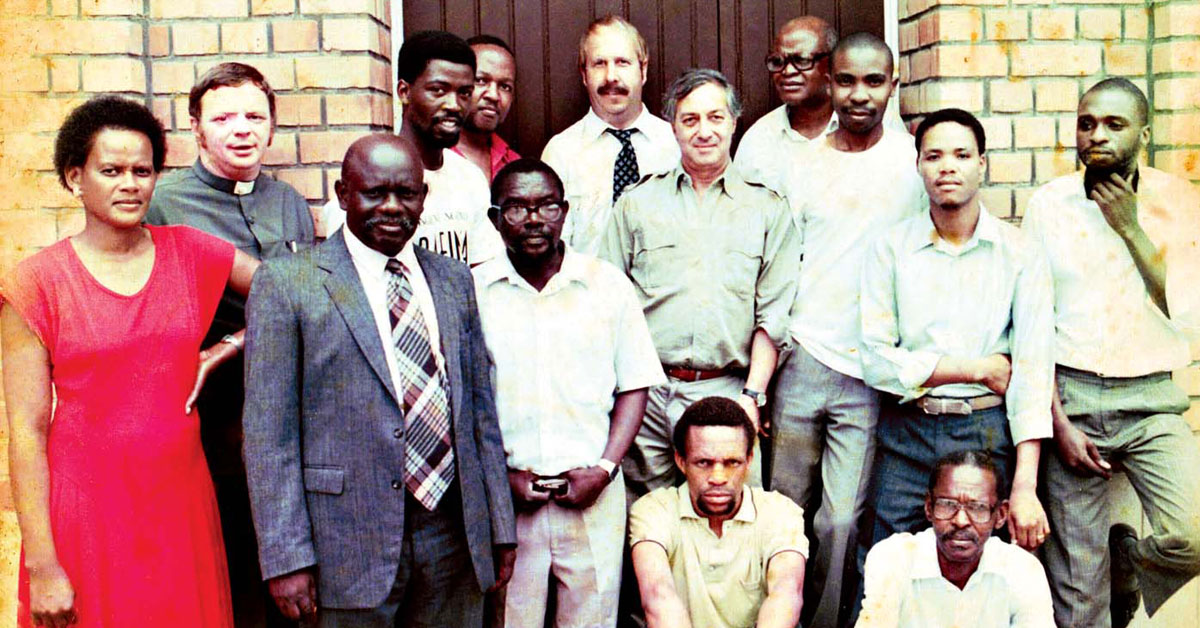 Mindful of the enterprising activities of their founder, the Congregation of Missionaries of Mariannhill (CMM), took the power of the printing press to heart as an instrument of evangelisation. In 1910 they founded Izindaba Zibantu, which became UmAFRIKA in 1928.

By the early 1990s, under the editorship of Anthony Ndlovu and combined liberation struggle thinking of Cyril Madlala and Fr Dieter Gahlen CMM, UmAFRIKA had become the biggest alternative newspaper in South Africa with a weekly circulation of some 72000. The weekly was respected for its courageous, discerning reporting on the violent strife between contending political forces in KwaZulu-Natal in the run-up to the first democratic election in 1994. Robben Island prisoners read UmAFRIKA.

After the 1994 general election, UmAFRIKA shared the fate of several alternative newspapers as circulation began to slide, eventually forcing its closure in 2013. It reopened in 2017, but closed again in 2018. Talks are ongoing to explore reviving UmAFRIKA as an online publication.

Another CMM publication was Intsimbi, which Fr Michael Riedener CMM first published as a Xhosa newsletter from his Bedford parish in 1964. He moved it to Mthatha in 1966 as a newspaper, but it closed in the early 1990s.

In Johannesburg in 1964, Paul Goller fixed the name Challenge to the magazine he started during the Second Vatican Council, the Rivonia Treason Trial and the reigns of Verwoerd and Vorster. Colleagues of Goller knew him as a daunting intellect quick to challenge comfortable or suspect assumptions, especially concerning social justice. So it was no surprise when Challenge’s major concerns could be summarised as lay responsibility in Church and society, and opposition to the evils of apartheid, while also embracing the invigorating spirit of renewal released by Vatican II in liturgy, theology and personal moral responsibility.

What was considered by many a major achievement was Challenge’s willingness to examine the Church’s teaching on birth control. It uniquely published the majority opinion of Pope VI’s commission on birth control favouring change. Other achievements included using South African artists — from Sr Pientia to Judith Mason and Franz Hodi — to enliven its somewhat severe but clean appearance. At times it also engaged, in English, with the Afrikaans community, both Catholic and Protestant.

Challenge lasted six years purely on lay financial support, until affected by debt. Erratic appearances were also an ominous sign, as was the emergence of Black Consciousness which would have required a more vigorous opposition to the regime. “The stance of ‘no advertising’ turned out to be a principled decision, but the underlying reality was that we were radical enough to frighten off Catholic businessmen,” Goller recalled. “But the support of ‘progressive’ Catholics made it worthwhile, as did the vigorous debate it often stimulated.” 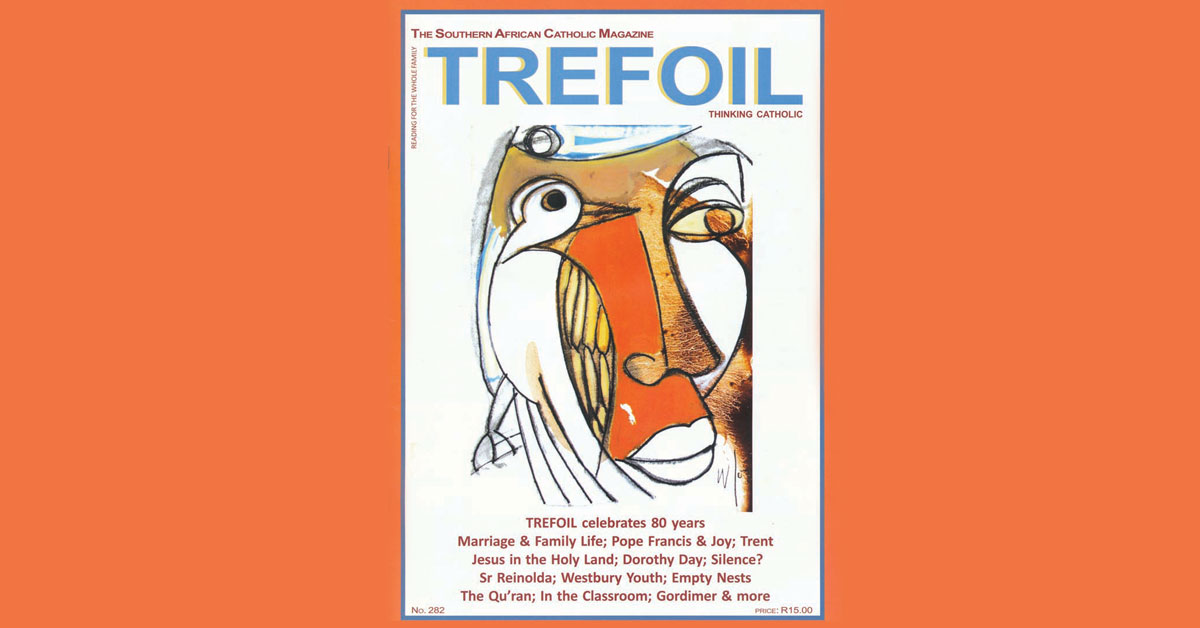 For the Dominicans, the social communications apostolate was a prime and productive outreach, graced by some prolific and influential writers among them. Historian Br Philippe Denis OP, professor of the History of Christianity at the University of KZN, is among them, along with eminent theologians such as Fr Albert Nolan OP.

Fr Nolan edited an ecumenical monthly magazine, also called Challenge, published by the Institute for Contextual Theology in the 1990s. The idea was to produce quality information on social, political and religious matters.  His term ended in 2000 when he became vicar-general of the Southern African Dominican Vicariate.

Fr Bernard Connor OP, a priest with strong concerns for social justice, edited the much-admired and intellectually stimulating Grace & Truth from the mid-1980s to 1995 when it was handed over to St Joseph’s Theological Institute. His media ministry included editorship of The Southern Cross from 1991-95.

The Dutch Dominicans pioneered an Afrikaans apostolate with the initial idea of converting Afrikaners to Catholicism — an outreach that became more ecumenical with Vatican II. They ventured into uncharted waters with Die Brug, the brainchild of Bishop Gerard van Velsen OP of Kroonstad.

Flemish Dominican Father Reginald Dellaert was editor of the first issue in April 1952. Br Philippe remembers him as a supporter of apartheid until his death in the late 1980s. Fr Dellaert produced only two issues, followed by Fr Joseph Gomes OP, who stayed until 1957, followed by Fr Hyacinth Engering OP, with Fr Dirk van Etten OP as administrator. Readers wanting to know more on this period should see Philippe Denis’ book The Dominican Friars in Southern Africa. A Social History (1577-1990), published in 1998.

The Comboni Missionaries’ Worldwide magazine, launched Fr Anton Pramstrahler  MCCJ in 1996, is another brilliant publishing success in South Africa, with instructive articles on Church and life in Africa and a circulation of 4000. Fr Raphael Armada MCCJ is succeeding Fr Joseph Rebelo MCCJ as its new editor.

Redemptorist Pastoral Publications (RPP) began in 1993 as a source of support for faith and liturgical life. The brainchild of  Redemptorist Fathers Sean Wales and Martin Gay, it was the launchpad for the “Catholic Link” in 1993, which in media talk could be called a smash hit with a circulation of 60000 spread across 350 parishes. Here was a bright new lighthouse for scanning spiritual impulses. Fr Wales served for years as its first editor.

Encouraged by the success of a similar Redemptorist venture in England, the “Catholic Link” was founded to keep people in the pews connected to the parish and the Gospel. The front features reflections and references for weekday readings, and on the blank reverse parishes print essential information and notices. The “Catholic Link” has been hit hard by the Covid-19 pandemic. It was published digitally throughout the lockdown and RPP hopes to resume printing in December.

RPP was started with the aim of publishing booklets and pamphlets to accompany the Redemptorists in their outreach in parish missions as integral to their ministry. The booklets have grown into books, with Fr Larry Kaufmann CSsR as the current director.

Finally, Inter Nos served as the in-house journal of the Southern African Catholic Bishops’ Conference from the mid-1960s. The last copy available in the archives was dated December 1995, a pull-out supplement to The Southern Cross, designed by the weekly’s staff, with no reference to any closure. Mgr JR Hughes, secretary for the social communications commission, was the first editor. Its mandate was to reflect the activities of all the SACBC commissions and departments, especially the Commission of the Laity.

Few dioceses have their own printed media, though the archdioceses of Johannesburg and Cape Town publish content-filled tabloid-sized newspapers, both titled Archdiocesan News.

Other publications have come and gone. Some still ring bells from memory — the Marianna in Durban, the Angelus in Windhoek. They, too, with the publications named in this narrative, shared a window on the Catholic world with The Southern Cross.