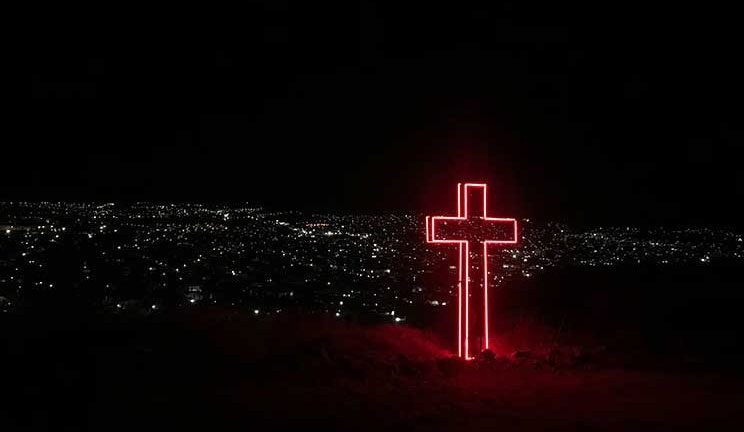 General Intention: That Christian communities, especially those who are persecuted, feel that they are close to Christ and have their rights respected.

Danger of apps for heretic hunts

If you want to condemn someone for alleged heresy in Indonesia, there is now an app to assist you!

Although officially a secular state, there are several authorised faiths in Indonesia: Islam, Buddhism, Hinduism, Catholicism, Protestantism, Ahmadiyya, Confucianism and Baha’ism. You can download the “Smart Pakem” app to help you report either an unauthorised religion or a heretical version of one of the authorised ones. This app apparently streamlines the process of reporting.

If we had such a system here, it would doubtless crash! We live in a country where practically any belief system is protected by law and where churches spring up like mushrooms.

I imagine that the critics of the system in Indonesia hope that “Smart Pakem” will indeed crash under the weight of the number of cases which might be logged, but that it exists at all is a matter of grave concern.

The main worry of the critics of this new development is that it will be used mostly to target religious minorities and also anyone, Muslim or non-Muslim, who voices criticism of a version of Islam not to their liking, such as Shi’ism for example. The danger is of an electronically-driven witchhunt led by fanatics.

It is the situation in Pakistan that suggests where this could lead. Extremist Islamic parties there are using blasphemy accusations as a means to mobilise their supporters politically, and the central government, under Imran Khan, has been under intense pressure to give in to many of their demands.

The case of Asia Bibi, a Christian woman falsely accused of insulting the Muslim faith, and who has been held on death row for eight years, is particularly scandalous.

She was finally acquitted in October but then had to be held in a secret location pending an appeal by the extremists against her acquittal. The appeal was overturned and she should have been freed.

She and her husband have been offered asylum in Canada where her daughters are already living, but she was, at the time of writing, still being held in Pakistan, and no one will tell her why.

The government of Pakistan is clearly frightened by the prospect of a violent reaction from the extremist parties if and when they hear that Asia Bibi has been allowed to leave the country and escape their religious wrath.

The government probably wants to time her departure for Canada at a quiet moment or when the public is distracted by other things. Diplomatic sources say that her departure may come only “in the medium term”. Meanwhile, she will continue to live in fear and uncertainty.

The problem with extremists is that they are never satisfied and will always demand more. It is always dangerous to pander to them, which is what the Pakistani government has been doing.

Asia Bibi has steadfastly refused to renounce her faith for the eight years of her ordeal. Individuals like her are martyrs in the sense of being courageous witnesses.We stand in awe of their example.

Such closeness to Christ comes not only through a person’s spiritual life, but also through the Church, the Body of Christ. It is vitally important that Asia Bibi—and others suffering similar fates—know that the Church has not forgotten them, is doing all in its power to assist them, and is praying for them.

And we must also salute and pray for those courageous Muslims, like Aman Ullah, who has been liaising between Bibi and the international diplomats seeking to help her, and who has himself also been forced to flee from his own country.