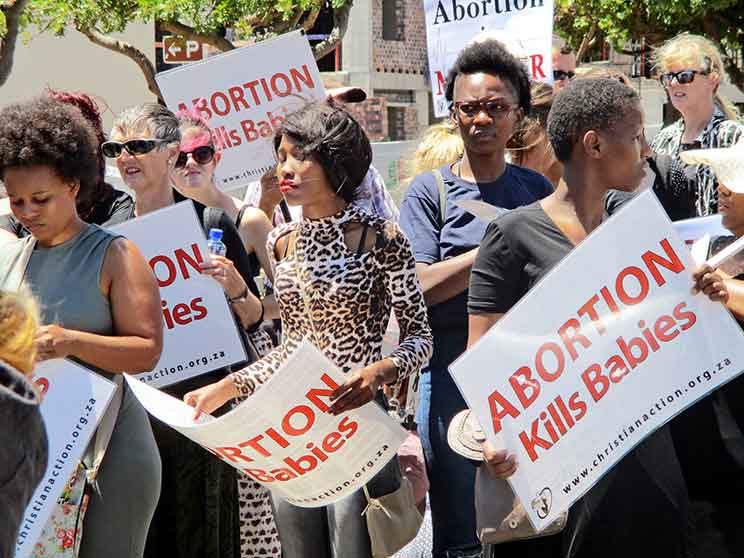 By Nicolette Whittle – A pro-life demonstration in memory of the victims of abortion is being planned for Pretoria on March 2.

This will follow a protest in Cape Town which brought traffic to a halt in some areas as marchers, preceded by a hearse, and energised and heartened by the signs of support around them, marched to parliament to mark the 22nd anniversary of the present abortion law taking effect.

Many drivers waved and hooted their support as protesters mourned the deaths by abortion in South Africa.

The marchers paid tribute to the memory of the estimated 1,6 million unborn South African babies who have died since February 1997, at taxpayers’ expense, as a direct result of the abortion legislation, and who have also been denied the dignity of a burial.

Behind the procession, a trailer displayed pictures of pre-born babies with texts including: “Speak up for those who cannot speak for themselves” (Proverbs 31:8) and “Choose life so that you and your children may live” (Deuteronomy 30:19).

When the march reached the gates of parliament, the participants laid their coffins and crosses down and covered them with the wreaths.

A prayer rally was held before the group proceeded to the Marie Stopes clinic where they concluded their protest.

For more information on the March 2 demonstration in Pretoria, contact Gregory Pereira at 083 798-7360.

English Cardinal: Priests Would Die Rather Than Break Seal Of Confession
Share