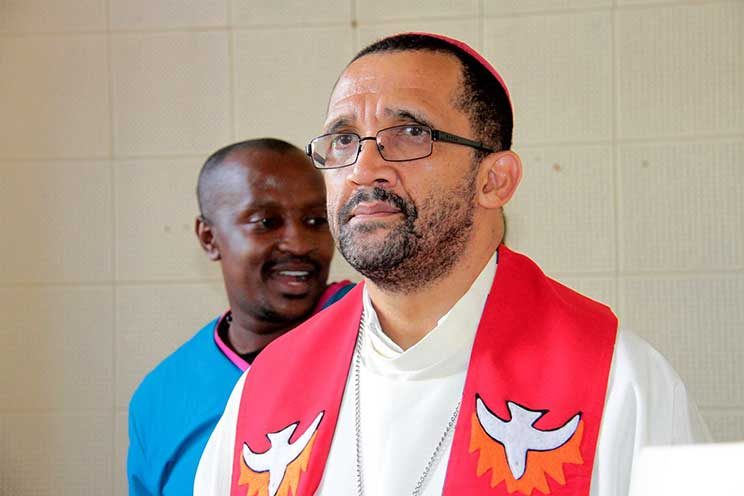 The Vatican summit on abuse “will be a turning point in the life of the Church — things will not be the same”, according to the president of the Southern African Catholic Bishops’ Conference (SACBC).

Bishop Sithembele Sipuka of Mthatha was among the presidents of bishops’ conferences who were called to Rome by Pope Francis to attend the “Meeting on the Protection of Minors” which aimed to enforce responsibility, accountability, and transparency in the Church as it responds to the clerical sexual abuse crisis (see round-up on page 4).

“This was a very moving meeting for me,” Bishop Sipuka told The Southern Cross.

“What struck me the most and made a really big impression on me was witnessing the testimonies of the victims. It made a great impact on me because you were drawn into the experience when you hear people talk about it—it grips you,” said Bishop Sipuka, who assumed the SACBC presidency in early February.

He said the meeting has given him “a heightened awareness and empathy for the victims of sexual abuse”.

“I’m glad that we have this child protection policy,” he said, referring to the SACBC protocols on dealing with reports of abuse by Church personnel which are currently being updated throughout the conference region, a process he believes will receive additional impetus from the summit.

“I think that it’s important that we implement and publicise [the policy] so that people will have a platform,” Bishop Sipuka said, noting that “most of the victims we heard had nowhere to turn to; there was no support and nothing in place — even their parents did not support them”.

The SACBC president said he appreciated the pastoral aspect of the summit, as well as the technical part of it, as this will lead the bishops to formulate very clear policies.

“There were a lot of points that came from the discussions that will help strengthen and improve the policies. The time has come for revision,” he said.

“With this information now and the sharing of ideas, we need to look at the policies again so that they become more effective and more widespread,” he said.

Bishop Sipuka emphasised: “We need to publicise the support structures for the victims and also to listen to them.”

The bishop observed that the issue of clerical sexual abuse are more prominent in the US, Europe and Australia, whereas it is seen as less of an issue in Africa and Asia. He ascribed this to a culture of taboo and a tendency of denial about it in those regions, whereas in the West, people are “more forthright”, which makes it easier to confront the crisis.

He said the Church in Southern Africa will have to talk more openly about abuse, and pledged that he will encourage this.

In an interview with Vatican News, Bishop Sipuka said that he was grateful to the media and to the victims who have raised awareness.

“We have been in denial and covering it up. If the victims had not had the courage to talk, I’m not sure we would have woken up, we may still be trying just to keep the credibility of the institution”, he said.

“I think the media and the victims are ‘God-sends’ to us so we can address this problem,” he said.

The scandal has decimated the Church in many regions, Bishop Sipuka told The Southern Cross.

He recalled that at the summit a bishop from Ireland told him that 20 years ago, the Church in that country thought that there was no problem. Almost 90% of the population in Ireland was Catholic, devout and practicing, the Irish bishop said. Now that number is reduced to 30% because things “came out”.

“The sobering moment for me was when the bishop from Ireland said to me: ‘Just because you haven’t heard of anything happening, does not mean that it has not happened’,” Bishop Sipuka said.

The bishop said he was grateful to Pope Francis for calling the summit.

“The Holy Father has done a great thing with this meeting. He has helped us to strengthen our policies for those of us who have them, and for those who do not, they will be helped to formulate them,” Bishop Sipuka said.

“I take my hat off to the pope for being courageous and facing this.”