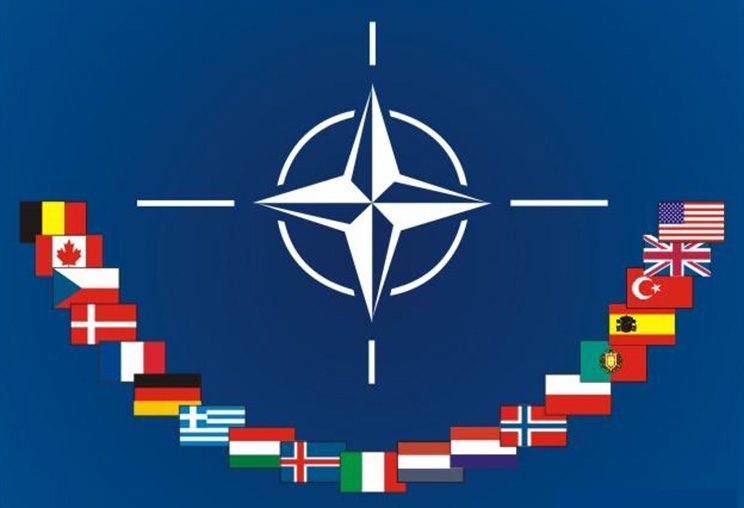 As foreign ministers of the 29 member nations of NATO (North Atlantic Treaty Organisation), gathered in Washington, D.C. to commemorate the 70th anniversary of the founding of this largest military alliance in the world, nonviolent peace activists across the U.S. and from around the world also gathered in Washington to proclaim: “No to NATO – Yes to Peace.”

For six days anti-war proponents participated in justice and peace workshops, rallies, an anti-NATO conference, an end to war concert and a disarmament counter summit.

The kickoff event was a 20 block peace march starting at Lafayette Square (across the street from the White House). Along with members of the Dorothy Day Catholic Worker Washington, D.C. community, I helped carry a banner saying “No to NATO, No to Nukes” .

But what’s so wrong about NATO? A lot!

According to David Swanson, director of World Beyond War – a global nonviolent movement to end war and establish a just and sustainable peace  – NATO members place more value on Russia as an enemy. Anonymous U.S. military officials describe the current cold war as driven by massive profits from weapons sales. NATO now accounts for about three-quarters of military spending and weapons dealing on the globe.

After the breakup of the Soviet Union and Warsaw Pact, NATO promised Russia that it would absolutely not expand eastward. Breaking its promise, NATO added the Czech Republic, Poland, Hungry, Slovakia, Romania, Bulgaria, Lithuania, Latvia, Estonia, Slovenia, Albania and Croatia.

While it is important to note that Russia is also immorally making massive profits from arms sales and is also very militarized, nonetheless, if we are honest, it is understandable that Russia sees NATO – now on its very border – as a dangerous threat.

And with both the U.S. and Russia having hundreds of nuclear weapons aimed at each other, and on hair-trigger/launch on warning alert, we are playing an extremely dangerous game of Russian roulette.

To counter all this madness, level-headed, kind-hearted citizens should urge government leaders to appropriate much less money for NATO-related operations with the pressing goal of completely dissolving the military alliance – just as the Warsaw Pact was dissolved. And to transfer these massive military dollars toward insuring that all human beings receive their basic God-given rights of life, nutritious food, clean water, improved sanitation, comprehensive health care, quality education, decent housing and a livable wage earned in a safe working environment.

Not only would this conversion provide all people with the necessary means to live, and to live with dignity, but unlike military violence which destroys, insuring universal human rights would also foster lasting world peace.

And most importantly as Christians, we must not to be swayed by the violent ways of the world, but rather by the ways that build up the Kingdom of God – love, justice and peace.

Let’s not forget the stern warning of the nonviolent Jesus: “All who take the sword will perish by the sword.”