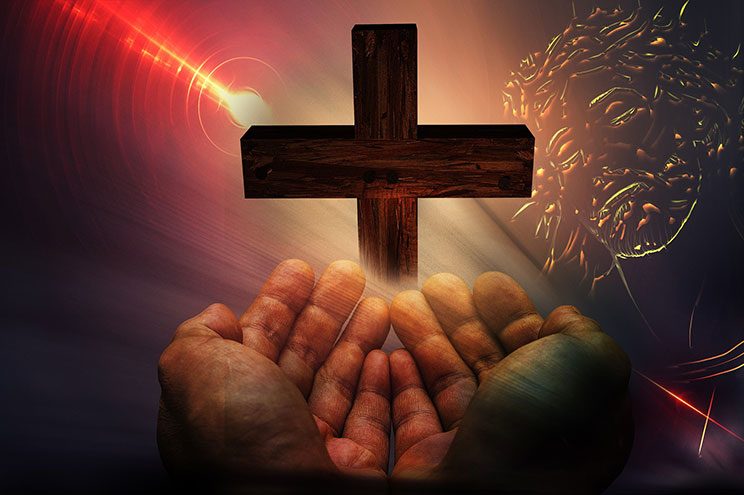 “Will I have to tell my daughter that her grandpa is damned to hell because he is not a Catholic?” asks Keenan Williams.

I  find it disturbing when some Catholics believe that outside of the Catholic Church there in no salvation.

This comes off the back of a discussion I recently had with a good friend of mine who had left the Catholic Church to join the Anglican Communion with his newly-wed wife, after a previous marriage was unsuccessful and annulment not given.

He told me that after his acceptance into the Anglican Communion, a parishioner from his previous parish told him that she was disgusted at his betrayal of the faith and that his late father (who had been a deacon) was turning in his grave.

My friend, once a very devout Catholic, said that he finds it difficult to connect with congregants from his previous parish as many of them believe that salvation cannot be found outside of the Catholic Church.

Although I am all for renewal, revival and transformation, one particular piece of theological teaching, which was classified as the Third Creed in the Western Church since medieval times, was tossed out with the dawn of the Second Vatican Council.

That creed was known as the Athanasian Creed (Quicumque vult). I think that many older, traditionalist Catholics may take its first line to heart and condemn those outside of the Church to the fiery depths of hell.

It reads: “Whosoever will be saved, before all things it is necessary that he hold the catholic faith. Which faith unless every one do keep whole and undefiled, without doubt he shall perish everlastingly.”

Such Catholics, many of whom often disregard and distort scripture—never mind read the entirety of the text contained in this beautiful explanation of our faith—miss the point of salvation in what is meant by the word “catholic”.

The second line of the creed says: “And the catholic faith is this: that we worship one God in Trinity, and Trinity in Unity; neither confounding the Persons, nor dividing the Essence.”

That catholic—meaning universal—belief and faith was taught by Jesus himself when he said, “I am the Way, the Truth and the Life”, and “There is no way to the Father except by me”.

A traditionalist Catholic told me that Christ was saying there is no way to the Father except by the Catholic Church. That is how some people twist and distort the words of Christ, to suit their own understanding of life after death.

This sort of belief is very sad and bitter. Just thinking about it now, I would have to tell my daughter one day, when she is at an age of understanding, that her grandfather, who is a priest in another church, will go to hell, and so will her grandmother, her cousins, uncles, aunts and even her one set of godparents. Because they are not Catholics. It’s as though we think we are exclusive heirs to the Kingdom of Heaven while many of our other Christian brothers and sisters are excluded from it.

Recently I read a few articles and opinions on why some people leave the Church. One reason for it was missing in these articles: the hypocrisy many experience.

My friend wished to remain in the Catholic Church, but because of his divorce and new marriage, he couldn’t partake fully in the sacrament of the Eucharist. I don’t want to get into a debate on annulment, but I would like to create an understanding among Catholics that we are not entitled exclusively to that eternal reward promised in the Gospel.

Instead of separating ourselves from our fellow brothers and sisters in Christ outside the Church, but being in union with our Triune God, we should better make connections—not create a sort of apartheid within Christianity. A perspective of “us” and “them”, a broken Church divided and an island of its own.

As a collective Christian community, we should stand together in prayer, celebration and solidarity against the wrongs within the Christian Church, be it sex abuse scandals or abuse of powers by the hierarchy within the church, and ecumenically work together to establish the Kingdom of God on Earth.

So, there IS and should be Salvation within any Christian faith professing the worship of one God in Trinity, while anything contrary to that is a false truth.

As the song writer penned: “We are one in the Spirit, we are one in the Lord…And they’ll know we are Christian by our love”. Not by our division, nor our hypocrisy as a Christian community, but by our love, our unity and our faith in one God: Father, Son and Holy Spirit.