We Don’t Sink, We Walk on Water With Him 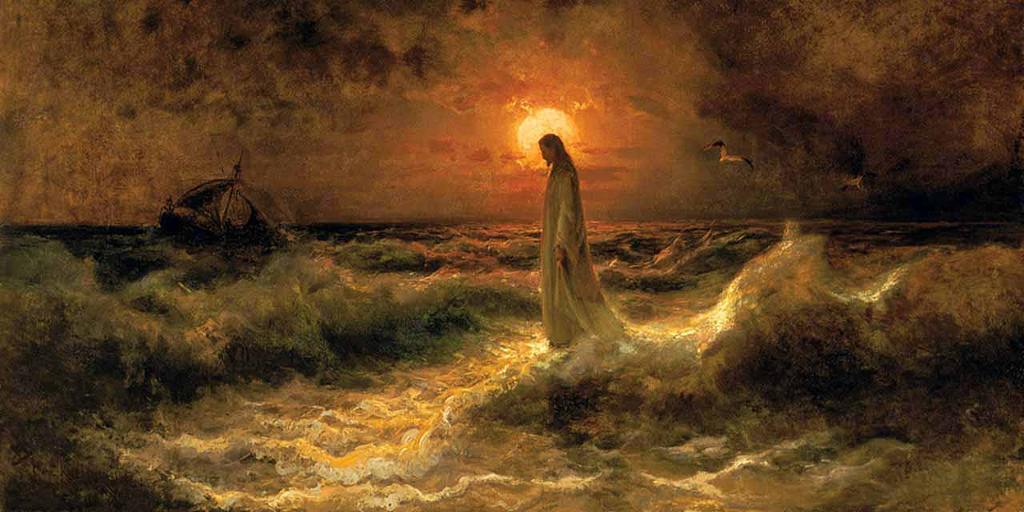 My heart sank a couple of weeks ago when I read the Southern Cross editorial about the future  of the publication.

It sank not just because what had become a Catholic tradition in the form of a weekly newspaper would come to an end (and a monthly magazine launched in its place), but rather how it would affect many of the staff and the editor.

In her opening line of her book Retrenchment, Jennifer Ritchie says: “Your world suddenly goes cold and changes, leaving you with the harsh reality of aloneness, the realisation that nothing is secure, and a grim feeling of foreboding.”

Like the Covid-19 stats, retrenchment and job loss too has a face behind each number.

Exactly a year ago as I write, I worked my last day as a content producer and lost my formal employment. The reality of it all was terrifying, and realising that I had a family to feed, with a young baby at home, didn’t calm my anxiety.

I remember calling my wife and letting her know that the show I had worked on had been scrapped because it didn’t generate enough advertising revenue. It was a tough call to make, but her words—”We will get through this”—calmed my spirit.

And I remained hopeful that something better would come. As weeks went by I kept checking my inbox and refreshed my call log in case the radio station called me again, but… nothing.

A wedding in Germany took my mind off things, to an extent, but when we arrived back home that feeling of uncertainty returned again.

As I drove back from yet another job interview, I remembered the scene of Jesus walking on the water. He calls Peter out on the water to walk upon it with him. Peter gets out of the boat and walks towards Jesus. But when he sees the waves moving below him and feels the strong wind beside him, he begins to sink.

And as he sinks, Jesus holds out his hand and lifts him up. Together they walk on the water and get back into the boat.

At first, I didn’t take much note of this story, but that seed had been planted.

As I continued to search on various job sites, I also began working on my own projects. Things started looking a little more positive, even though that anxiety of not knowing where the next pay cheque would come from was stressful.

Fast forward and a new year with possibilities dawned. “2020 plenty” and “My year”, I heard people saying. There was also that popular phrase of “having 2020 vision”. I remember drawing up my New Year’s resolutions, and as I still struggled to find work in my field, I had more hope as one of my projects began picking up some traction.

The virus messes everything up

Then, as fast as I could say “amen”, the virus arrived in South Africa.

At that stage I had also made a debut as a newsreader at a commercial radio stations. But then South Africa went under lockdown. Before I could sign a formal contract at the radio station my future again was uncertain. And with schools shut I could no longer run my antibullying campaign.

The future for me, as it is for many South Africans, and so too for the staff of The Southern Cross, is a stressful and uncertain one. It’s a difficult time, but as I write today that story of Jesus and Peter on the water comes back to me.

We are currently on rough seas, but Jesus calls us out to walk on the water. He calls us to keep our eyes fixed on him, no matter how rough our storm may be.

This is a time when our faith will be tested, where our commitment to carrying the cross and walking with him will be put to trial.

But I have hope, I have faith that this too shall pass. As Anglican Bishop Michael Curry once said in a sermon on Jesus and Peter walking on the water: “Keep your eyes on the prize.”

And as we keep our eyes on Jesus— though difficult, though stressful and even when we almost throw in the towel—may we remember that he is there with us, every step of the way, his hands out stretched as he wants to walk with us.

And do you know what’s the highlight of that story? It isn’t Peter and Jesus walking on the water, but rather when they get back into the boat: the storm has passed and the clouds have vanished and the sun is shining again.

Like then, now too, with our eyes fixed on the Prize, we will get through this, this too shall pass, and we shall see a sunnier day. Just don’t lose the faith.