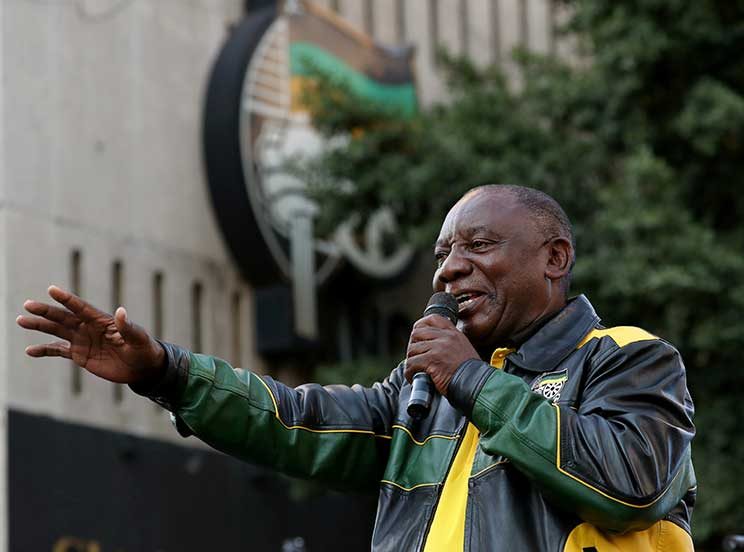 By Bronwen Dachs – With general elections over, South Africa’s Catholic bishops urged the new president to focus on jobs for young people and rooting out state corruption.

“We call on the ruling party to develop a national strategic plan” to address joblessness among young people, which has contributed to “the disenchantment and voter apathy among the youth,” the Southern African Catholic Bishops’ Conference said in a May 13 statement.

South Africa’s unemployment rate is about 27 percent. Among young black South Africans, the jobless rate is one in two.

President Cyril Ramaphosa won a five-year term as the African National Congress secured 57.5 percent of the parliamentary vote in May 8 elections. The country’s electoral commission said the turnout for the vote fell to 66 percent from 73.5 percent in the last election, in 2014.

Protests in the run-up to the poll and the dwindling number of voters should be “a stern warning” to all political parties, the bishops said.

The parties must “put the country first” and work “to arrest the collapse of the economy and the looting of state resources, and to spur economic growth so that it creates jobs,” the bishops said.

The bishops said they were concerned about the high level of corruption in the country, as they called on the president to show a “firm hand in dealing with those implicated in corruption and state capture.”

Ramaphosa should reduce by half “the country’s bloated Cabinet” and ensure that “those suspected of corruption and state capture are not appointed into the Cabinet and Parliament,” they said.

“Measures to strengthen the investigative and prosecutorial arm” of the criminal justice system must be introduced, they said.

The bishops urged the president to “reverse the collapse of good governance” and stop irregular and wasteful spending in government departments and municipalities.

Poverty, unemployment and inequality are the country’s biggest challenges, the bishops said, noting that in the past 25 years, South Africa has failed to provide “acceptable levels of access to quality education, quality health care, job opportunities and decent housing.”

Africa’s most advanced economy remains one of the most unequal societies in the world, according to the World Bank.