Wars, Threats of More Wars, Dishonour Memorial Day in the US 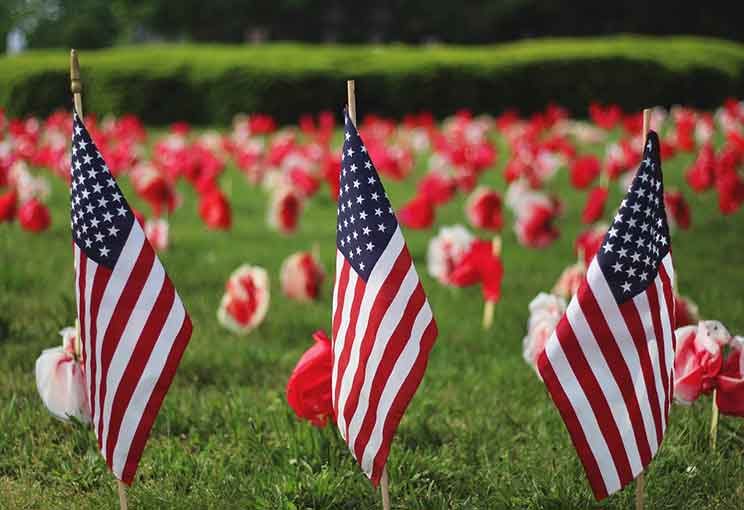 Flag waving and military parades are synonymous with Memorial Day. It is a day of intense nationalism – highlighting a perceived need for military strength.

But there is a far better way for us to respectfully remember the countless numbers of men and women who have died in past wars – and are dying in present wars.

Instead of making it a day of intense nationalism which accepts ongoing war as “normal,” the healthiest, holiest way to honour combatants killed, is to stop sending new combatants to take their place – to kill and be killed – again and again.

Since 9/11 approximately 7,000 U.S. troops have lost their lives in Afghanistan, Iraq, Syria and Pakistan; with well over 50,000 wounded – many seriously. And about 7,000 U.S. military contractors have also been killed.

And let us not dare forget the huge number of totally innocent civilians – babies (born and unborn), children, women and men killed in these conflicts. According to Brown University’s Watson Institute for International and Public Affairs, conservatively well over 1 million civilians have been killed as a result of these senseless wars.

The “Global War on Terrorism” launched by President George W. Bush 18 years ago, has expanded from the initial invasion of Afghanistan, to U.S. military operations now underway in 80 nations  – “Costs of War” video.

Added to the suffering and unholy foolishness of all these military engagements, are many other war-related activities.

The U.S. has been providing fighter jets, bombs and military intelligence to the Saudi-led coalition in its war against Houthi fighters in Yemen. The American made jets have bombed schools, hospitals and wedding parties killing thousands innocent civilians. Furthermore, as a result these attacks, according to the U.N. 13 million Yemeni civilians face starvation in possibly “the worst famine in the world in 100 years” .

Add to all these war drums the extremely dangerous $1.7 trillion modernisation of U.S. nuclear weapons , the failure to reach a nuclear weapons agreement with North Korea, the fact that the U.S. is now developing smaller tactical “useable” nuclear weapons ,  the U.S. announcement of its withdrawal from the Intermediate-Range Nuclear Forces Treaty with Russia  and from the “Iran Nuclear Deal”.

Furthermore, there’s the astronomical proposed 2020 U.S. military budget of $750 billion – larger than the military budgets of the next seven countries combined. Imagine what tremendous good that money could do?

And if all the wars on earth aren’t bad enough, there is the U.S. Department of Defense’s proposal to Congress to establish the U.S. Space Force to “fundamentally transform our approach to space from a combat support function to a war-fighting domain”.

What do you really believe the nonviolent Jesus thinks of all this? From his address to the United Nations, we know what St. Pope Paul VI believed, and what St. Pope John Paul II similarly echoed: “Never again war, never again war! It is peace, peace, that has to guide the destiny of the nations of all mankind!”