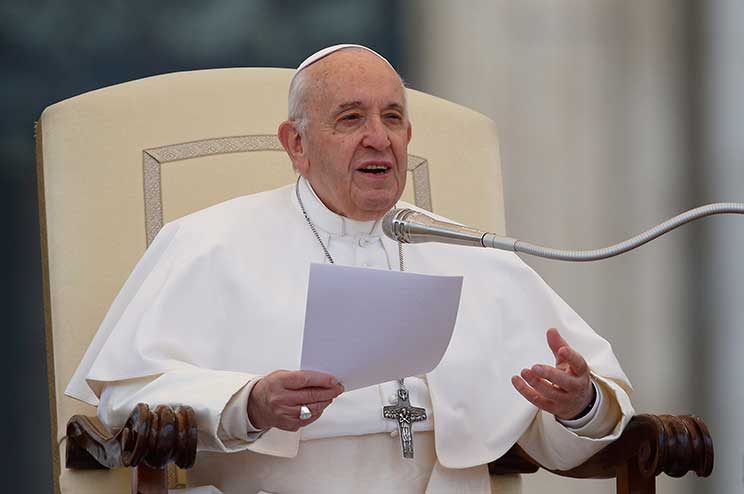 Much of the reporting surrounding Pope Francis’ “motu proprio,” on the pope’s own initiative, titled “Vos estis lux mundi” (“You are the light of the world”), has presented it as the final response to nearly a year of horrifying revelations concerning clerical sexual abuse in the Catholic Church. In particular, the procedures for the investigation of “delicts (crimes) against the Sixth Commandment” were specifically designed to address the actions of bishops (or their equivalent in religious orders and personal prelatures) and above.

The actions addressed include not only incidents of clerical sexual abuse itself but also “conduct carried out by (bishops and other members of the hierarchy), consisting of actions or omissions intended to interfere with or avoid civil investigations or canonical investigations … against a cleric or a religious” accused of sexual abuse. In releasing the “motu proprio,” Pope Francis thus closed one of the most gaping holes left by the U.S. bishops’ 2002 “Charter for the Protection of Children and Young People.”

If regarded as a final response to the events of the last year, however, the “motu proprio” is likely to be seen by some as too little, too late. It’s not entirely clear the extent to which the procedures outlined in the new law would have prevented the decades-long abuse of power by the disgraced former Cardinal Theodore E. McCarrick, the revelation of which began last year’s summer of shame. For instance, the “motu proprio” is silent on the question of consensual sexual sins, and, as cases such as McCarrick’s show, “abuse of authority” can be somewhat hard to define when those involved are not minors.

Similarly, the procedures for reporting and investigating cases of clerical sexual abuse, particularly involving bishops or higher, place the metropolitan as the competent authority. That McCarrick, as both archbishop of Newark, New Jersey, and Washington was the metropolitan underscores the challenges inherent in asking the hierarchy to investigate the hierarchy.

While the “motu proprio” requires that any reports concerning metropolitans “shall be forwarded to the Holy See,” by itself it cannot address the cultural circumstances that allowed McCarrick to act as he did for so many years with the knowledge (or, at the very least, the suspicion) of so many of his brother bishops.

“Vos estis lux mundi,” however, should not be seen as the end of a process of reform but the beginning. As the text notes, “The present norms are approved “ad experimentum” (on a trial basis) for three years.”
While one “motu proprio” cannot drive cultural change within the hierarchy of the Catholic Church, it can contribute to the process. Since last summer, this editorial board consistently has called for both the U.S. bishops and the Vatican to take significant measures to address the issues raised by the McCarrick case and the issues left unaddressed by the charter.

“Vos estis lux mundi” is a good start. There are important signs of hope in this document as well. This editorial board consistently has called for greater involvement of the lay faithful in investigating cases of clerical sexual abuse and mishandling by the hierarchy, and Article 13 of the “motu proprio” allows for that possibility.

The next step will be taken at the June meeting of the U.S. Conference of Catholic Bishops in Baltimore, where the bishops will consider how to implement the legislation in the United States. We encourage them to expand the role of the lay faithful as much as canon law and the “motu proprio” allow, and to provide as much transparency as possible into the investigative process going forward. Doing so will go a long way toward addressing the legitimate concerns of the faithful — and restoring trust in the church.

‘Motu proprio’ is first step to restoring trust in the church” which appeared on the website of Our Sunday Visitor, a national Catholic newsweekly based in Huntington, Indiana. It was written by the editorial board.