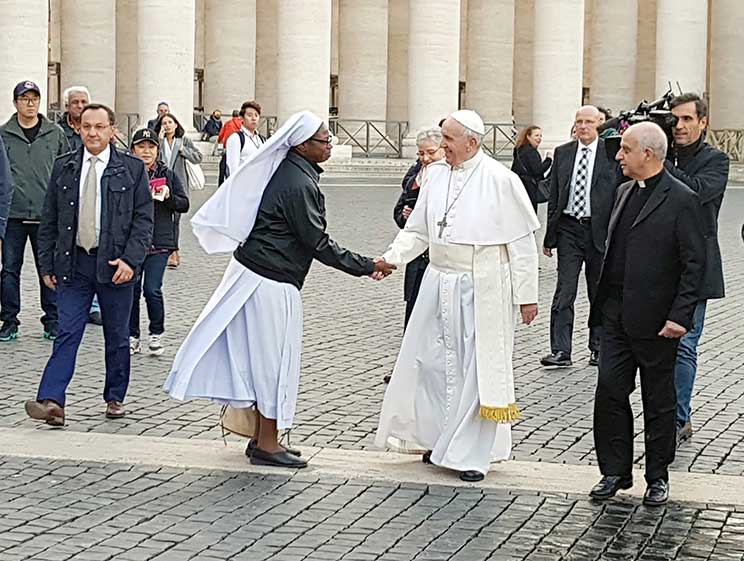 By Cindy Wooden – Pope Francis named six superiors of women’s religious orders, a consecrated laywoman and the superior of the De La Salle Christian Brothers to be full members of the Congregation for Institutes of Consecrated Life and Societies of Apostolic Life.

Previously, the members had all been men: cardinals, a few bishops and several priests who were superiors of large religious orders of men.

Br Robert Schieler, the superior of the De La Salle Christian Brothers, also was named a full member of the congregation along with the priests who are superiors general of the Jesuits, the Discalced Carmelites, the Augustinians, the Scalabrinians, the Capuchins and the abbot president of the Subiaco Cassinese Benedictine Congregation.