Conversion Can Change the World! 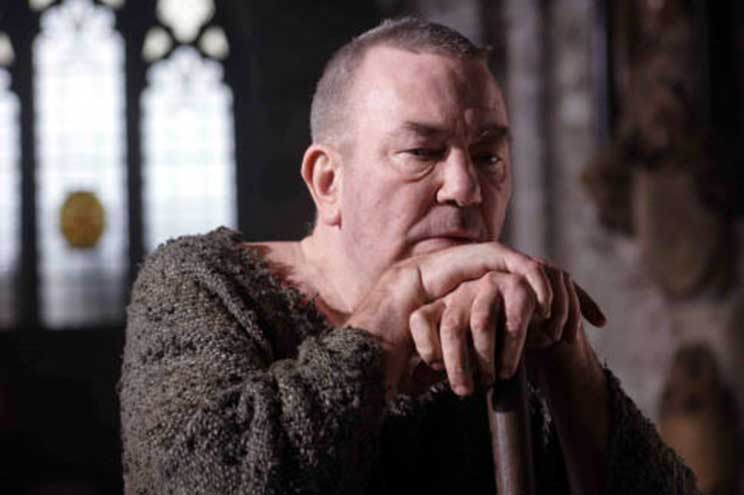 The film Amazing Grace (2006) recounts the efforts by William Wilberforce to convince late-18th century England to abolish the international slave trade. But it wasn’t Wilberforce’s plight that draws my attention, but rather the conversion story of the most unlikely of heroes.

John Newton was, to all intents and purposes, an unexpected candidate for a spiritual rebirth. His father was a shipping merchant. His mother died at a young age and John’s schooling was disruptive. He was Catholic by birth, but was sympathetic to the Protestants, though he wasn’t particularly zealous in his faith.

At the age of 11, Newton joined the British Royal Navy and immersed himself in the tumultuous life of a naval officer.

Biographies describe him as rebellious and headstrong, and with a great propensity for swearing which stunned even the most foul-mouthed sailor. He regularly mocked the faith of his fellow sailors and brushed God aside as nothing more than a myth.

His unruly behaviour once led to his imprisonment aboard a ship bound for Sierra Leone, where he was left to work on a plantation among the slaves.

For many years, Newton worked on slave ships — first as an officer and later as a captain — travelling to Africa to procure slaves for the Americas. He considered this a normal activity which formed part of his duties as a Royal Navy employee.

During a terrible storm at sea where it seemed that all hope was lost, Newton called out to God for mercy. The ship somehow survived — and something happened to the hardened sailor too. This event began a slow process of conversion.

It began with an inward journey of reflecting whether someone like him was even worthy of redemption. The inner transformation gradually began to reflect in his outward life.

He abandoned his life at sea and left the slave trade. He married and took up a life of study. Together with his wife, he became involved in the life of his local church community and eventually became a pastor. He wrote hymns, of which the most famous is “Amazing Grace”.

Newton began to write about his experiences of the sea. As a Christian, he now saw the slave trade for what it really was—man’s inhumanity towards man—and became an abolitionist, calling for an end to slavery.

He wrote a chilling account of the hideous conditions aboard the slave ships, together with his own confession, which he said “comes too late”.

“It will always be a subject of humiliating reflection to me, that I was once an active instrument in a business at which my heart now shudders,” he wrote.

His writings influenced William Wilberforce and others to continue their abolitionist campaign amid fierce opposition from the British parliament and the economic forces who could see their profits dwindling if they could no longer exploit the sale of human beings and the free labour they provided. Their combined efforts eventually brought about the abolition of slavery in 1807.

Newton’s story is a reminder that conversion is not a single moment. It is a series of moments over the course of a lifetime.

Conversion is also disruptive and requires courage. It increasingly challenges our paradigms, our relationships, our worldviews, our ways of life.

Conversion brings us to new convictions, even when they directly challenge what we (and society) previously thought was right, correct, and honourable.

Newton’s testimony is also a reminder that conversion is not just for moral degenerates who find their way back to God. Conversion is for all of us.

And all of us are called into the life-giving process that Newton experienced: his personal journey into right relationship with God and man also enabled him to lead others into a gradual conversion of heart and mind.

The movie relates how John Newton helped the young Wilberforce to restore his commitment to campaign to abolish slavery amid all of the challenges he faced.

Together, and with others, they challenged the rationale for slavery, an economic pursuit that had been around for millennia and considered to be a perfectly legitimate form of business.

Our own times are characterised by human injustice perpetuated by the powerful against the very weak.

The great divide between rich and power in South Africa, and countless other countries, is one such injustice. So are xenophobic violence, violence against women, racism, homophobia, lack of access to education and employment opportunities.

The countless wars across our continent and world so often violate the most basic rights of communities who become the pawns in political power battles.

The way we have ravaged the natural world places the survival of future generations at risk.

John Newton’s conversion is an invitation for each one of us to reflect on our own worldviews and to hold it up to the mirror of God’s love.

In the light of such merciful love, where in my own life or in my community have I witnessed or experienced injustice? Which aspects of my worldview are in need of conversion?

Conversion does not leave us unchanged or lukewarm. Conversion is accompanied by a pentecostal zeal to act.

I may not have the power to change legislation, but how can my actions and my choices bring about a transformation in my life and the lives of those around me? There is power in my actions, if they become the actions of a family, a group, a community, a country.

Newton could have simply turned his life over to Christ and lived his faith privately, because after all, who was he really? A reformed sailor and pastor to a small backwater village. Instead, filled with the Holy Spirit and the power of his convictions, he helped to change the course of history.

Filled with faith, humbled by our own conversion, and imbued with the power of the Holy Spirit, we too can change our world, imbuing it with God’s love and healing the injustice of our times.