Watch Documentary on Monks on TV! 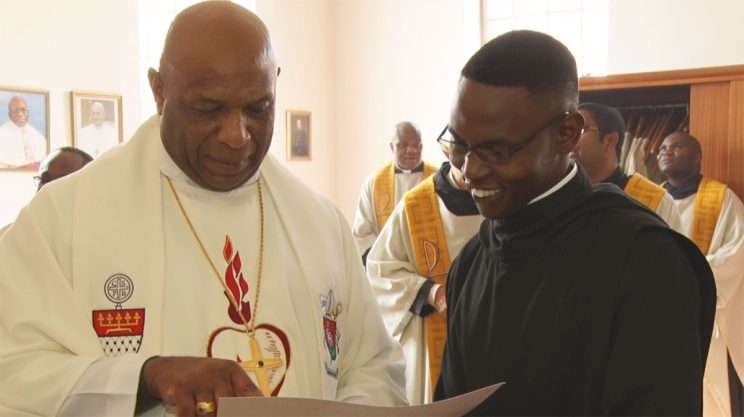 A documentary on the monastic life in South Africa will be broadcast on SABC 2 on Sunday, July 14 at 11h30.

Produced by Patricia Proctor, who also made recent TV documentaries on the saints and the Catholic Church’s bicentennial in South Africa, the documentary will witness a Benedictine monk making his final vows.

To learn how the monastic and contemplative spirituality fits into the modern way of life in South Africa, the documentary focuses on two places with a history of a contemplative lifestyle: Inkamana Abbey in Vryheid, northern KwaZulu-Natal and St Theresa’s Carmelite Convent in Benoni.

“We hear about the lives of the monks and the nuns in these two monasteries,” Ms Proctor told The Southern Cross.

“We also hear from three lay people about how contemplative spirituality, silence and solitude can be incorporated into the day-to-day lives of ordinary people.

Speaking of filming at Inkamana, Ms Proctor said: “The whole experience was amazing as they allowed us into their private cloister and dining room. All the monks were so good to us; we felt we had met a group of truly holy people.”