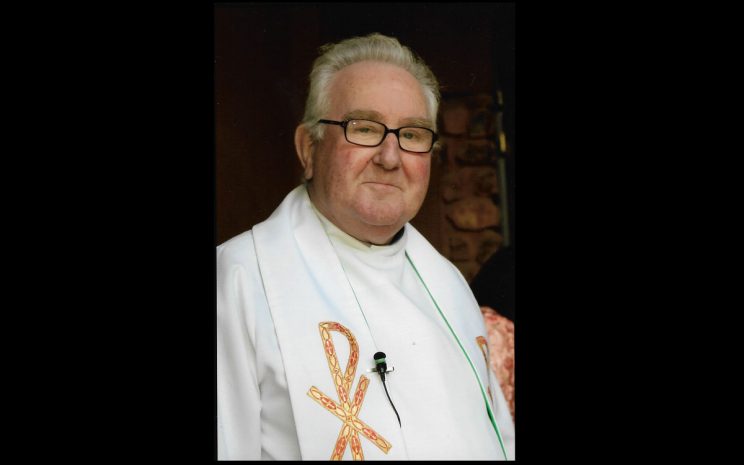 By Fr Jonathan T Daniels SDB – Salesian Father Canice Dooley of Cape Town died on July 13 at the age of 84.

Canice Edward Dooley was born the youngest of five siblings on February 8, 1934 in Knutsford in the diocese of Shrewsbury, England, to Irish immigrant parents, Martin and Mary-Anne (née Phelan).

After completing his novitiate in Burwash, England, Canice made his first religious profession as a Salesian of Don Bosco on September 8 1954. After moving to South Africa, he went on to make his perpetual profession on August 15, 1960 at the Salesian Institute in Green Point, Cape Town.

Canice’s intellectual formation saw him taking up studies in Colle Don Bosc in Italy, Beckford in England, and Kimmage in Ireland. During these studies he obtained qualifications in teaching, philosophy, a diploma in printing from the London School of Printing, and in theology.

Canice served as a teacher on the staff of various Salesian houses: Shrigley, Pallaskenry, Battersea, Cape Town and Lansdowne.

On June 24, 1972, Fr Canice was ordained a priest in the Salesian House in Shrigley, England. After his ordination he returned to South Africa where he spent most of his Salesian life and priestly ministry in Cape Town, with the exception of a number of years spent in Robertsham, Johannesburg.

He was also of service to the local Church of Cape Town. He was a consultor to the archbishop and vicar for religious. Fr Canice gladly gave of himself as he went around Sisters convents and ministered to them as confessor.

In 2013 Fr Canice went into semi-retirement. What this meant was not always clear because he continued working and ministered as much as before.

On May 14 this year, Fr Canice went into Vincent Pallotti Hospital with a chest infection, deep vein thrombosis and an infection. Sadly, he never fully recovered from the various infections he had.

In moments of lucidity, he often spoke of his readiness to “go home” and meet his Maker. Somehow Fr Canice knew that the end was fast approaching. Within the first week of his hospitalisation he requested his rector to bring the Holy Oils and to anoint him.

After six weeks spent in hospital, Fr Canice petitioned his doctor to allow him to go home to his Salesian Community. Returning home, he received 24-hour nursing care, thanks to Robin Trust, who provided this fantastic service.

The last couple of weeks of his life was truly Calvary. With very little complaining he walked this journey.

On the night of July 12 Fr Canice took a turn for the worse. His rector ministered the Sacrament of anointing to him and prayed with him that night.

Just after 7:00 in the morning of July 13, Fr Canice died peacefully in his room, having received the sacrament of anointing the previous night. His Salesian Community gathered within minutes of his death and prayed for him.

Fr Canice is survived by his Salesian Community, his three sisters, Joan Bowen, Nancy O’Grady and Philomene Spruce, and numerous nephews and nieces.

The reception of Fr Canice’s body took place on July 18 in the church of Our Lady Help of Christians in Lansdowne, followed by a concelebrated Mass, presided over by the Salesian vice-provincial, Fr Alberto Villalba.

His Requiem was celebrated  by the local rector, Fr Jonathan Daniels with Archbishop Stephen Brislin presiding.

Present for the Requiem was a large gathering of priests, friends of Fr Canice and many parishioners. A wonderful homily was preached by Fr Michael Connell SDB who highlighted Fr Canice’s great talent for making friends, his welcoming hospitality and kind manner in all situations of life.

Fr Michael made reference to Fr Canice’s virtual obsession with Manchester United, a team he supported literally, till death did them part.

Fr Canice was laid to rest in the Salesian burial plot at the Maitland cemetery.