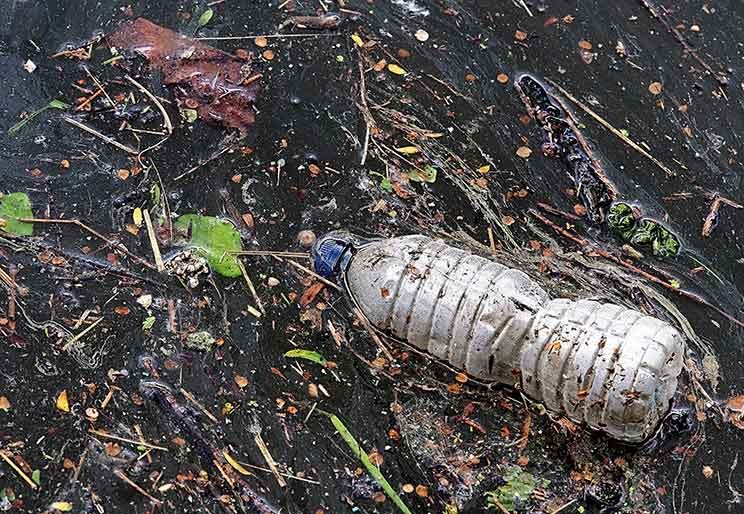 Laudato Sea: Why we must save oceans – In September Pope Francis is calling us to pray for united actions to protect the world’s seas.

Intention: That politicians, scientists and economists work together to protect the world’s seas and oceans.

The ocean is an incredibly important part of that environment. We may think that it’s just a source of seafood, but it’s far more than that.

The ocean’s currents are vital for regulating the world’s climate. If we mess those up, there could be catastrophic climactic consequences.

Our barbarous attitude to the oceans is graphically illustrated by how we use it as an immense dump. Everything from dangerous radioactive waste, through toxic chemicals, to raw sewage is pumped into the sea. We are systematically poisoning one of our greatest sources of food.

We are only now noticing the amount of plastic we are tipping into the sea. It seems that even the Mariana trench, the deepest part of all the oceans, has dumped plastic in it.

The most deadly dumping that we have done in the oceans is the one which is not visible to the naked eye—namely heat.

One of the reasons why it has taken us so long to wake up to the extent to which we have over-heated our planet is that most of the extra heat has gone into the sea and only the scientists have noticed.

The increase in temperature of the seas may only be of the order of a degree or two, but it is beginning to have profound consequences which will play out over the next few decades.

Perhaps the most momentous is the melting of the glaciers around Antarctica and Greenland. The resulting rising of sea level is already causing communities in low-lying areas to be relocated to higher ground. Some islands will have to be abandoned completely.

The frozen part of the ocean known as the northern ice cap is needed to reflect sunlight back into space to keep the planet’s temperature stable, but we are mindlessly melting that vital natural mirror. As we do so we cause a “feedback loop” as the melted ocean left as the icecap retreats will be able to absorb yet more heat.

The problem is that the economists and politicians aren’t listening to the scientists. Economists are intellectually trapped in a philosophy—if one can dignify it with that word—of eternally expanding consumption. So, obviously even a resource as vast as the earth’s oceans will eventually be depleted if we continue to act according to this philosophy.

The same, of course, is true for all our other resources. No non-renewable resource lasts forever and no limited dumping ground can collect garbage forever. Even the sea, “vast and wide”, has its limits.

The politicians are in thrall to the same mindset of ever-expanding consumption and continue to promise a “good life” of ever greater greed. We are still waiting for the true political leader who can get up and tell us that he or she cannot promise us more stuff forever.

One who shows some insight and leadership is New Zealand’s Prime Minister Jacinda Ahearn whose latest budget factors in people’s wellbeing as well as the traditional financial factors.

Obviously, if the environment is destroyed, no human wellbeing is possible. Ms Ahearn makes a step in the right direction, but at some point, someone is going to have to tell us that our average material standard of living will have to decrease for the sake of saving the environment which is the ultimate source of our wealth and our wellbeing.

This message is implicit in Pope Francis’ encyclical Laudato Si’, but until politicians can be found with enough courage to deliver this message, we will continue on our merry way to environmental Armageddon.

The good news is that surveys of many societies show that people would be open to such a message.

We pray that our leaders will listen to the message of mother earth and of the people who depend upon her.

Nothing exposes us to the vulnerability of life, and the inevitability of our own mortality, like the death of a...