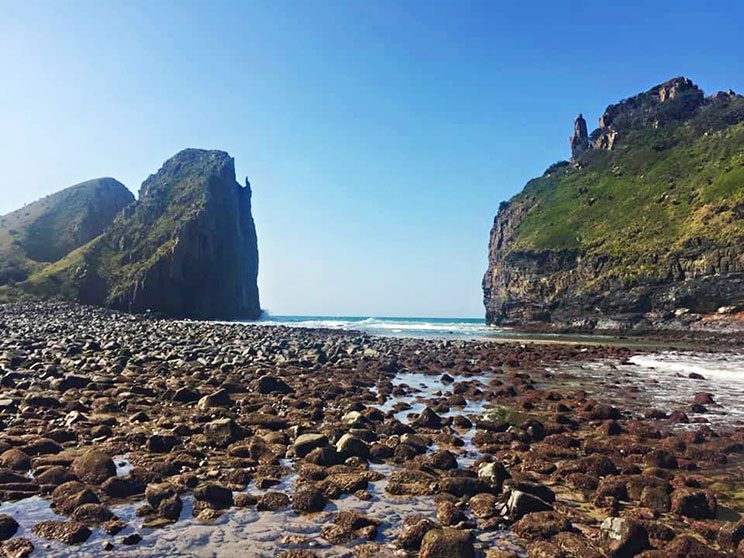 Nothing exposes us to the vulnerability of life, and the inevitability of our own mortality, like the death of a child. It unsettles and makes us angry at the unnatural nature of things.

According to the Vanuatu culture, the stages of wisdom a person passes in life are marked off by the fingers of one hand.

The little finger represents a period of ignorance and vulnerability of childhood. As you grow a bit bigger, you reach the next finger stage of youth, when you begin to question things. When you’ve learned enough, they circumcise your heart to allow the spirit of the ancestors and things you touch in life to dwell in you, thus gaining ethereal wisdom.

From this age, if you’re male, they bind your hair until your dreadlocks reach the bottom of your back. Then the old people release you into adulthood through a rite-of-passage ceremony, saying: “He’ll be a man.” And they call this a middle-finger stage.

In strict orthodox Jewish culture, a male child is circumcised on the eighth day after his birth. Traditionally, his hair is also fastened, symbolising the beginning of his life-lesson, how to behave until his bar mitzvah when he enters the world of adulthood.

This tight fastening of hair, which is no longer a common practice, symbolises the act of fastening things he’s being taught—binding them into his head. It corresponds to the middle-finger stage of the Vanuatu culture.

When the Vanuatu say you’ve reached the stage of the tall middle-finger, you’re allowed to learn to do things on your own, and the things that you are doing come into you; that is, they dwell in your soul.

You’re now at an age of responsibility, when you are held accountable for your actions. It is a similar thing with the Jewish tradition, hence at one’s bar/bat mitzvah one is allowed to read the law, the Torah. They can now represent themselves, family and nation — legally and otherwise.

The next finger is when you acquire your own children. The communal village gives you permission to teach others, especially the youth.

The last finger is the thumb, when you are old and have white hair. In this stage you sit down, on a stone — in your proper place.

Young people bring their blunt knives to sharpen them on your stone, and thus gain from your wisdom. They drink your wisdom because you’ve walked through almost all the life experiences.

Coming of Age in the Xhosa Culture

The Xhosas also have something similar. In the acclaimed first Xhosa novel, Ityala Lamawele (The Case of Twins), author SEK Mqhayi makes the judge, King Hintsa, kaKawuta of amaGcaleka, defer to the wisdom of the old man, Khulile (Grown One) for solution before he gives the final judgement. Khulile who is treated as isisele senyathi (wisdom of the ages)—the stone or last age—represents the resource-centre of that Xhosa nation.

As such his evidence brings about references of known cases from the ancient past.

Before the Xhosa people came into contact with the written word, old people were precious within their society as the custodians of knowledge. They were known as amalola — whetstones — similar to the Vanuatus’ thumb stage. Hence Mqhayi calls the chapter about the old man’s verdict “Amava Enyange” (Experience of the Man of Old).

As inyange, Khulile introduces his verdict by first referring to a case from a generation of the remote past, namely, Nkosiyamntu versus Liwana. In this case Liwana had exchanged, ilifa lakhe, his position as heir for a piece of meat, granting Nkosiyamntu, the younger twin brother, seniority. (The biblical influences of Esau and Jacob story are replete in the story of Mqhayi, who was igqobhoka, or first-generation Christian convert.)

Incidentally, the Hindu culture also teaches about the stages of life, which they call ashramas. The first is Brahmacharya, the period of youth and young adulthood dedicated to learning. The second is Grihastha, when a person builds a career, accumulates wealth, and creates a family.

They warn about this second stage, because at that time most people get too attached to earthly rewards—money, power, sex, prestige and so on.

The third stage is supposed to be an antidote to worldly temptations. They call it the Vanaprastha, a compound Sanskrit word that means “retiring” and “into the forest”.

Within the Xhosa culture, an old man, when he felt death approaching, used to seclude himself into the forest or desert. On reporting on it, the elder person says, “Ndiyo tyiwa ngama hlulungulu”, which means, “I’m becoming the meal for vultures” — the Xhosa didn’t believe in burying their dead. (Ntsikana, the 19th-century prophet, is the first recorded Xhosa person to be buried in a box and a grave. The practice spread due to his influence after.)

I am reminded of all this because this year is my 50th year, which marks the start of my Vanaprastha years, a time when I’m supposed to focus less on worldly ambitions and become more and more devoted to spirituality, service, and wisdom.

We recently had to bury a very young life who had not even reached the second stage of life. It tore me asunder.

I feel a certain resignation, gravitas, but also an urgent need to tidy up the loose ends of my life. As I write this, I am on a hike—a camino if you like—through the places of my early life around the Wild Coast.

I hear the call of the deep, what Michel de Montaigne writing in the 16th century defined in these words: “Let us deprive death of its strangeness, let us frequent it, let us get used to it; let us have nothing more often in mind than death.”

But I like more the defiant tone against death from my own Xhosa culture, “Ndidleni maxhalanga ndidumbile!”, which means “Devour me vultures, if you must; I’m ready!” Indeed, death is alien to us.