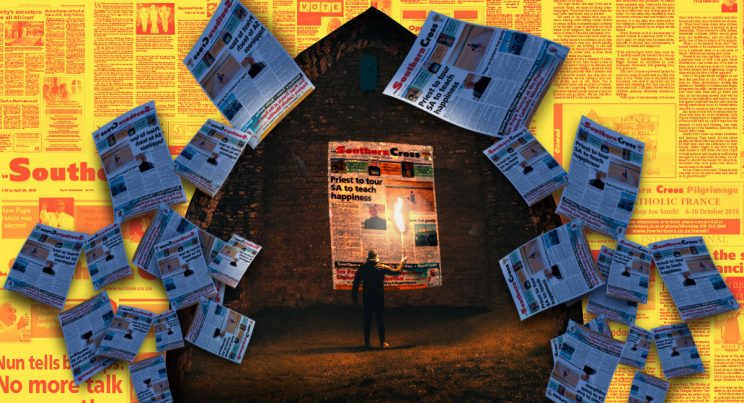 Fr Ralph de Hahn, Cape Town – Reader Tom Kent  called for real substance in The Southern Cross and not for content which is “of little interest to many readers” which, he alleged, shows up in print in such a fine national newspaper.

He listed the items which, he suggested, are irrelevant to the ordinary reader; he furthermore made suggestions as to what Catholics would find informative, inspiring and fruitful. (For example, the many beautiful pilgrimage writings by Günther Simmermacher. Well done, sir!)

I was wondering, with many others, if there is genuine and helpful substance in Mr Kent’s honest criticism, and if the editor and his staff are listening.

Around the time Mr Kent’s letter appeared, there were two excellent articles by Sydney Duval, a veteran journalist, on the history of the social development agency Catholic Welfare & Development, whose collapse has been shocking.

The information offered us in those articles was staggering, enlightening, informative and inspiring.

Mr Duval spoke of a “requiem for a great organisation” and followed that with an article breathing a prayerful hope that this magnificent ministry to the very poor would “rise from the ashes”.

This was excellent and exciting reading.

The evidence remains; the fruits of much labour and zealous labourers give testimony to a living faith found in the Catholic Church.

One can recall the many contributions to The Southern Cross by Mr Duval over the years, and they have always been to show the Catholic Church as fully alive and evangelical, and ever the faithful teacher.

Maybe that is what Mr Kent is suggesting when he calls for only useful abbreviated letters to the editor, articles not “way over our heads”, and lessons on how to grow in knowledge and love of our Catholic faith.