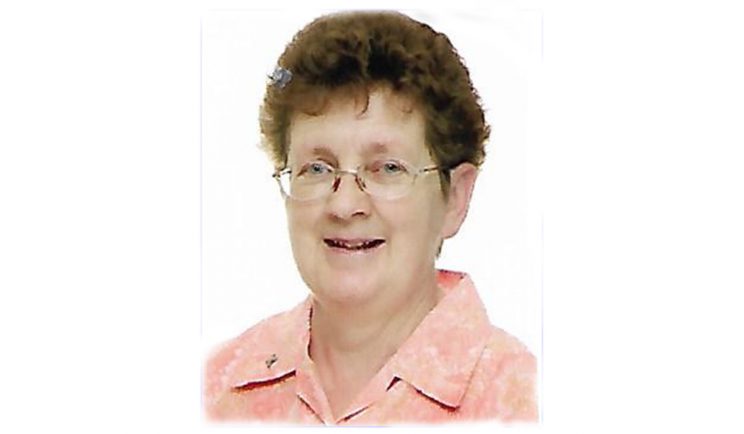 Sr Marian Moriarty was born on 25 June 1948 in Killkorglin, Co Kerry, Ireland, the eldest of five siblings. Her secondary education was at Loreto, Killarney after which she entered the Novitiate in Loreto Abbey, Rathfarnham, Dublin. She made Final Profession on 24 August 1974 . She chose as her patrons The Holy Spirit and Mary Ward and her motto, “Christ, the Way, the Truth and the Life”.

Marian qualified as a secondary  teacher, and taught in a number of Loreto schools in Ireland. In 1980, she generously responded to an appeal for sisters to come to South Africa.She was principal in the school in Queenswood for six years, beginning in 1981. She then taught in Glen Cowie, Limpopo, and in the school in Nana Sita St., Pretoria.

In 1992, Marian was a member of the community, beginning a new foundation in Kwa Guqa. Emalahleni, in the Witbank Diocese where she spent 4½ challenging years,  as many townships were experiencing considerable unrest. Here she became involved in upgrading the education of many young people, and also began literacy programmes.

During this time, she trained as a facilitator and worked with many religious congregations and was appreciated for her skills in this ministry. She manifested a natural capacity for resolving conflict and bringing together disparate points of view in a gentle and affirming way.

In 1996, Marian assumed Provincial Leadership for six years after which she had a sabbatical , and returned to Kwa Guqa where she took up community development and focussed mainly on Home-based Care for those infected and affected by  HIV /Aids.

At the General Congregation of the Loreto Sisters held in Lima, Peru in 2006, Marian was elected General Leader for a period of eight years. Our loss in South Africa was a great asset to the worldwide community of Loreto Sisters. She approached the many tasks in this role with great energy facing  difficult decisions which were reached after quiet prayer and discernment. She was a compassionate and gentle listener to those who approached her.

Having completed her term as General Leader,   Marian enjoyed a short sabbatical in the Holy Land. She then returned to a somewhat reduced Loreto presence in South Africa, and joined the community in Nazareth House, Pretoria. She soon became aware of the needs of the Pretoria inner-city, and worked from the Archdiocesan Chancery with the homeless, refugees and migrants. She was part of an ecumenical group working in the inner-city ministries. She also travelled to far-flung pre-schools in the Archdiocese ensuring adequate protection for children.

After Cyclone Ida struck Mozambique and neighbouring countries, Marian worked with Caritas and spearheaded the collection, packing and dispatching of a 30- ton truck laden with food and clothing for victims of the flooding. Mary Ward, our foundress, saw that “Women in time to come will do much.”  She certainly lived up to that.

On 9July 2019, Marian suffered a severe stroke, was hospitalised, and did not completely regain consciousness. She died peacefully on the morning of 22 August after a life, cut short but fully lived. Her funeral Mass was celebrated by Archbishop Dabula Mpako in the Chapel of Nazareth House. The very large number and variety of people present bore witness to the many people whose lives Marian touched. May she rest in peace.