Portuguese Community Gears Up for Blessing of the Fleet 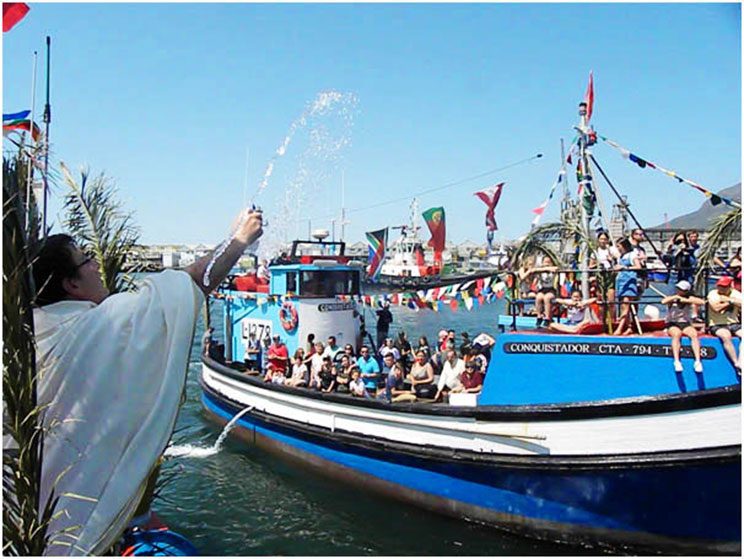 Cape Town’s Portuguese community celebrates the Blessing of the Fishing Fleet each year before the start of the fishing season. This year’s event, which includes Mass, food, entertainment and motorbike parades, will take place at the V&A Waterfront on October 5 and 6.

The Portuguese Cultural and Welfare Centre of Cape Town will be celebrating the 30th anniversary of its annual Blessing of the Fishing Fleet, a traditional community festival, in October at the V&A Waterfront.

Fishermen from the Portuguese community gather each year to take part in the blessing ceremony for their fishing vessels before the fishing season.

This year the event will be hosted on Jetty 2 of the V&A Waterfront, stationed opposite the Table Bay Hotel. The festival will take place on October 5 and 6.

It opens at 12:00 on Saturday, October 5, with a number of traditional Portuguese food stalls. The arrival of a Harley Davidson parade and the motorcycle blessing is at 15:00, followed by the local motorcycle group Amigos Portuguesa’s parade, and live entertainment with a Festa do Mar disco starting from 20:00.

The Sunday kicks off with Mass at 10:30 followed by the blessing of the boats at 12:00, after which they then proceed out to sea.

Following the formalities on Sunday, there will be a celebration of eating, drinking and dancing, with live entertainment by João Quintinho and Kanimambo, traditional Portuguese folk dancing, and food stalls until the evening.

All proceeds from both events go towards the Portuguese Cultural and Welfare Centre, a team dedicated to helping members of the community who find themselves in difficult circumstances. The organisation aims to make as much of a positive difference as possible throughout the year via a variety of events and fundraisers.

The blessing of the fleet has been in existence for centuries in Mediterranean fishing communities and has been practised in Cape Town since 1989, when the local Portuguese community decided to celebrate this tradition at the Cape.