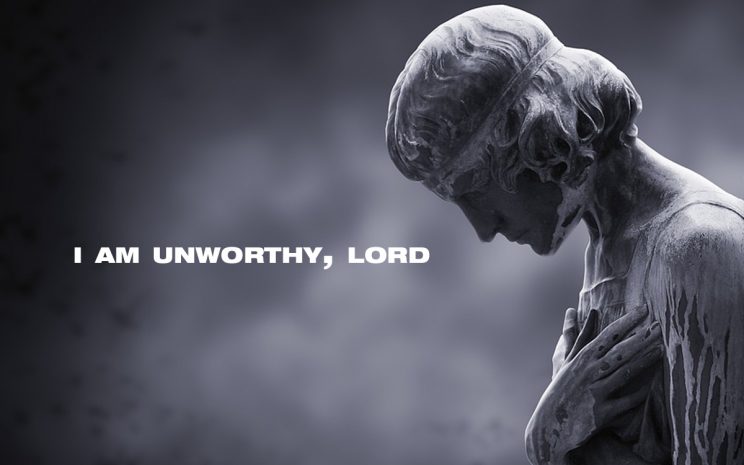 The true nemesis of faith is not doubt, but pride.

In the novel by John Updike, reworking the themes of “The Scarlet Letter”, we encounter Roger Lambert, a jaded, and debauched theology professor who argues with Dale Kohler, a gangling, earnest young evangelical who is bent on proving the existence of God mathematically.

Dale argues that we need some logically airtight demonstration for the existence of God to counter the bravado of scientism. And more: If we could prove Gods existence, he contends, we could defeat the devil. Roger asks Dale who he thinks the devil is. “The Devil,” Dale replies, ‘is doubt’. Rogers’ response to this is both ingenious and disturbing:

Funny… l would have said, looking at recent history and, for that matter, at some of our present-day ayatollahs and Fuehrers, the opposite. The Devil is the absence of doubt. He’s what pushes people into suicide bombing, into setting up extermination camps. Doubt may give your dinner a funny taste, but its faith that goes out and kills.’

As the story progresses, it becomes clear that the devil is both doubt and its absence. Roger the Doubter and Dale the Assured, both do terrible, godless things; adultery, incest, abortion. And for both, there is one thing that marks them out: a dauntless, swaggering pride.

Doubt and faith, mix either with pride and the concoction are toxic. Those proud in their faith, those proud in their doubts, both are terrors. As Dietrich Bonhoeffer stood before the Nazi machinery of evil that sought to destroy ‘good’, he noted that this terror of evil mimicked good perfectly. This was an evil that appeared good, the zenith and pride of human endeavour in art, culture and technological advancement.

Bonhoeffer noted that it was cheap grace that mimics the ultimate gift of God; an evil that mimics the good; a Christianity of pride and entitlement. You’ve earned it; you deserve it; you owe it to yourself to have it. This is the age of entitlement. Entitlement is advertised and packaged as the gateway to the good life. Entitlement is at the heart of glitzy, shiny baubles we grasp at to hide our emptiness.

As we consider our own Franciscan heritage, we discover Angela of Foligno who was a great beauty of the 13th century and who loved the world and all its pleasures; she was a star that loved to dazzle in beautiful clothes and jewellery. But things changed; the violent earthquake in 1279, a hurricane, the endless war against Perugia and its harsh consequences, affected the life of Angela who little by little became aware of the emptiness of her life of her once prideful life until she took a decisive step. In 1285 she called upon St Francis, who appeared to her in a vision and asked his advice on making a good general Confession. She then went to Confession with a Friar in San Feliciano.

Angela felt she should give something to God in reparation for her sins, but slowly came to realise that she had nothing to give God, indeed, that she “was nothing” before God. She understood that it would not be her will to give her God’s love, for her will, could give only her own “nothingness”, her “non-love”.

Three years later, on her path of conversion, she reached another turning point: in the space of a few months, her mother’s death was followed by the death of her husband and those of all her children. She sold her possessions and in 1291 enrolled in the Third Order of St Francis where she followed a life of love, peace, and joy in the service of the poor. It was in touching the wounds of the poor, that Angela encountered the Christ.

St Francis also discovered Christ in the wounds of the poor. He wrote in his Testament, “When I was in sin, the sight of lepers nauseated me beyond measure; but then God himself led me into their company, and I had pity on them. When I became acquainted with them, what had previously nauseated me became the source of spiritual and physical consolation for me.”

Today’s Gospel puts things plainly; God owes you, God owes me, absolutely nothing. God is not obligated or in any way relegated to give us anything. God Is and God gives because God wants to, not because God has to. God is the centre of all things and we are not.   The Good News is that even though God owes us nothing, it is out of great love that God gives us what we need. Yet God is never obligated to give us a thing. It’s from unconditional love by grace that God gives.

The problem with entitlement is that it creates an attitude that puts a selfish demand on God’s generosity and creates conditions in the relationship that are not only unhealthy but deadly.  If we believe that God owes us something then the measure of our thankfulness is now based on God’s performance and the entitlements we expect from God.

This is the nature of pride; when we sense we have a right to something we distance ourselves from grace and ultimately from God.  To the extent that we fall into an entitlement trap, we become more deserving in our own eyes, and God’s grace gets less and less amazing in our estimation. Before we know it, gratitude and thanksgiving are slowly replaced with bitterness, pride, and envy.

“For although they knew God, they did not honour him as God or give thanks to him, but they became futile in their thinking, and their foolish hearts were darkened” (Romans 1:21). It is in this deadly sin of pride that we become ungrateful and cease to give honour to God, our thinking becomes futile and our hearts grow dark.

Where does this darkness lead? The illusion that I am in control is in direct opposition to faith so that when the illusion fails as it must, I am left without faith and ultimately without hope.

Pope Francis also reminds us that an encounter with the poor, with the excluded, with refugees; a personal encounter of touch, can purify us of our hypocrisy and lead us back to humble compassion. It is with this humble compassion that we stand before God and pray, “Lord, if you will, you can make me clean!”

Third Sunday of the Year Reflection