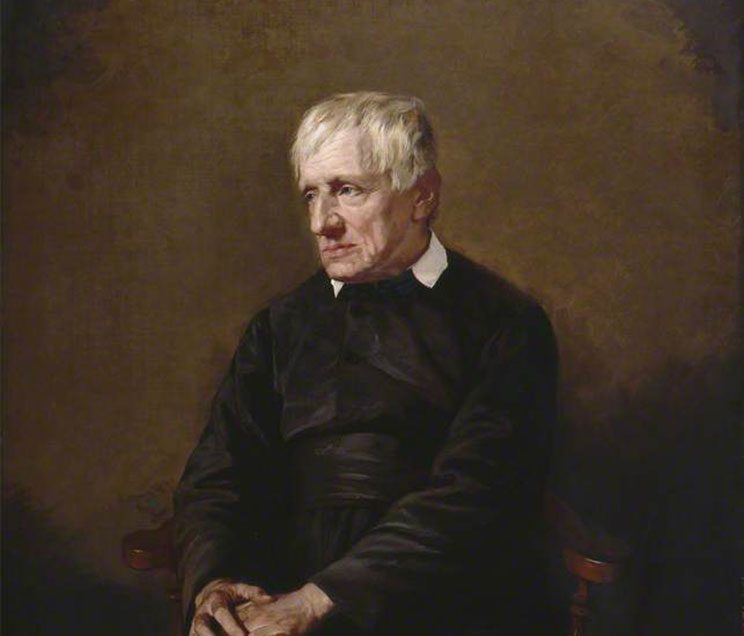 This is the story of Blessed John Henry Newman – soon to be saint – who will be canonised by Pope Francis at the Vatican on October 13. And though he died in 1890, Cardinal Newman is a saint for our times and a person to whom the faithful can and should look to for inspiration and instruction during a challenging era in history.

A convert to the Faith, Cardinal Newman’s story is long and complex. Born into a Protestant family in February 1801, he was ordained a priest of the Church of England 24 years later. He studied, wrote and taught about the Anglican Church, becoming a prominent leader therein. His persistent search for the truth, however, led him to an unexpected place: Catholicism and, much to his surprise, conversion.

Converting to Catholicism brought untold sacrifices. He lost his friends, his community, his reputation and his livelihood. In a recent interview with Our Sunday Visitor, Msgr. Roderick Strange, an expert on Cardinal Newman, talked about this sacrifice.

“When Newman was received into the Catholic Church in 1845, he knew virtually no Catholics,” he said. “Catholics in England were a despised minority at that time. That someone of his standing in the Church of England and in society should become a Catholic was for most English people utterly beyond their comprehension. He would be presumed to be disappointed or restless or coaxed by admirers. He was aware of that attitude. Yet, as he told his sister, Jemima, when people came to know him better, they would come to see that his motive for becoming a Catholic was simply ‘that I believe the Roman Church to be true.’ His fidelity to the truth came, humanly speaking, at a high price.”

This feeling likely is familiar to many Catholics who have experienced a rejection of some kind because of their fidelity to the faith and to the truth. As the country continues to experience an increase in secularization (24% of Americans are not affiliated with any religion, according to the Pew Research Center) and the normalisation of many non-Christian values, Catholics feel increasingly less at home in our changing society. As the clergy sexual abuse crisis continues to unfold, with many predicting it will get worse before it gets better, practicing Catholics also likely will continue to be asked by friends and family: Why bother staying committed to the Church?

But Cardinal Newman, who sacrificed so much for the faith that he came to believe was true, shows us the way: to persevere in faith, hope and trust, but also to equip oneself with knowledge so that laypeople might better be able to understand and defend the faith.

At Cardinal Newman’s beatification Sept. 19, 2010, Pope Benedict XVI preached about how the churchman “sought to achieve an educational environment in which intellectual training, moral discipline and religious commitment would come together.”

He continued: “What better goal could teachers of religion set themselves than Blessed John Henry’s famous appeal for an intelligent, well-instructed laity: ‘I want a laity, not arrogant, not rash in speech, not disputatious, but men who know their religion, who enter into it, who know just where they stand, who know what they hold and what they do not, who know their creed so well that they can give an account of it, who know so much of history that they can defend it.'”

This is certainly a goal to which Our Sunday Visitor, long dedicated to bringing about a well-formed and informed laity, can relate.

Cardinal Newman also understood that any solid instructional environment must be paired with an understanding and acceptance of individual responsibility.

Pope Benedict continued, saying Cardinal Newman “tells us that our divine master has assigned a specific task to each one of us, a ‘definite service,’ committed uniquely to every single person: ‘I have my mission,’ he wrote, ‘I am a link in a chain, a bond of connection between persons. He has not created me for naught. I shall do good, I shall do his work; I shall be an angel of peace, a preacher of truth in my own place … if I do but keep his commandments and serve him in my calling.'”

We all have a calling, and if we steadfastly follow the teaching and example of Cardinal Newman, we will be ever more fortified in our faith and dedicated to pursue courageously the truth regardless of the personal consequences.

“A model of courage and faith” appeared online on the website of Our Sunday Visitor, a national Catholic newsweekly based in Huntington, Indiana. It was written by the editorial board.