Commentary: The Enduring Value Of Celibacy 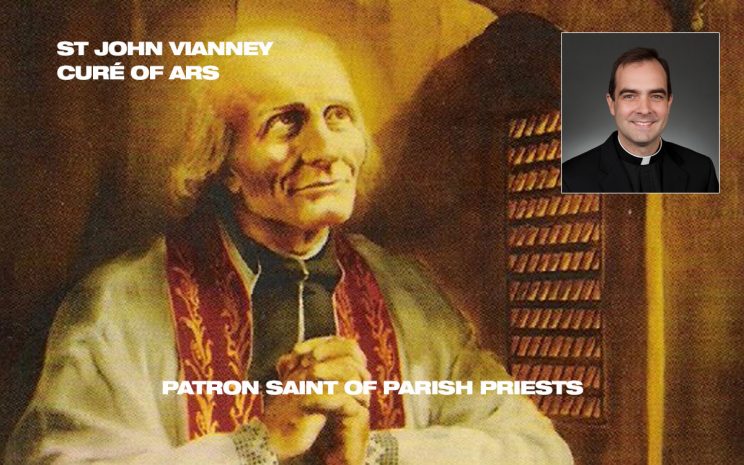 By Father Carter Griffin – A few days ago, someone asked me in passing whether the “big meeting in Rome” — referring to the Synod of Bishops for the Amazon — would allow priests to marry. He, like many Americans, takes it for granted that the synod is a referendum on priestly celibacy. I am convinced it isn’t, but it is nevertheless a good moment to ask why, in the 21st century, we have celibacy in the first place. What is its enduring value?

Modifying the practice of priestly celibacy might seem to be an unqualified gain. By allowing “viri probati,” or proven married men, to be ordained, many believe that the church would have more candidates for the priesthood and fewer cases of sexual abuse. Elsewhere I have argued why I believe these assumptions are flawed. Here, I would simply like to point out what is often missing in these discussions. It is easy to focus on what might possibly be gained by proposals to change the celibate requirement; too often we fail to focus on what most assuredly would be lost.

A celibate priest is, first of all, a compelling witness to supernatural realities. His sacrifice of the joys of marriage and family is the testimony of a man who has staked his life on the promise of life beyond death. A priest in a Roman collar is a living and breathing sermon on the existence of God.

Secondly, precisely because the priest does not himself marry, his celibacy points to a deeper kind of love, the divine love from which all human love springs and which endows it with holiness. It’s been said that “celibacy is the backbone of Catholic marriage” because it reminds us that the ultimate end of marriage is its capacity to lead us to God.

Most importantly, however, celibacy is a gift of Jesus to his church because it is a powerful support for the priest’s own ministry. When the Lord told his disciples that some would forgo marriage for “the sake of the Kingdom” (Mt 19:12) he forever linked celibacy to the building up of his reign on earth. He identified celibacy as an instrument of pastoral charity.

Priestly celibacy therefore makes sense only when we grasp the priesthood as a vocation to spiritual fatherhood. A priest is a man whose life is lived for others and who gives life in the order of grace. Celibacy is ordered to living out that spiritual paternity and has been a source of immeasurable graces for the people of God through the centuries. The church would, in other words, be spiritual poorer without priestly celibacy. This is why the requirement for celibacy has been upheld in the Latin Church century after century despite repeated and frequently strident calls for its modification.

It is worth remembering too that Jesus is the celibate high priest of the New Covenant and the source of all priesthood. Taking their cue from the Master, Christian priests from apostolic times practiced celibacy or perpetual continence in marriage. To this day, rooted in the life of Jesus himself, celibacy remains the norm, despite exceptions made in the Eastern churches and, more rarely, in the Latin rite itself. It is not, then, simply a human tradition or discipline that can be dispensed when it is no longer convenient.

There is, without a doubt, a need for genuine and deep reform in the church today, better selection and formation of seminarians, and greater accountability in the celibate priesthood. But rendering priestly celibacy optional would do little to address the great needs in the church today and do much to impoverish the church spiritually just when she needs it the most.

Ordaining married men seems to many like an unqualified gain, but it isn’t. In fact, the most important issue is not what might be gained if the ancient practice of celibacy were modified. The most important question is: What would be lost?

Father Griffin is a priest of the Archdiocese of Washington and the rector of St. John Paul II Seminary. He is the author of “Why Celibacy?: Reclaiming the Fatherhood of the Priest,” published by Emmaus Road in 2019.