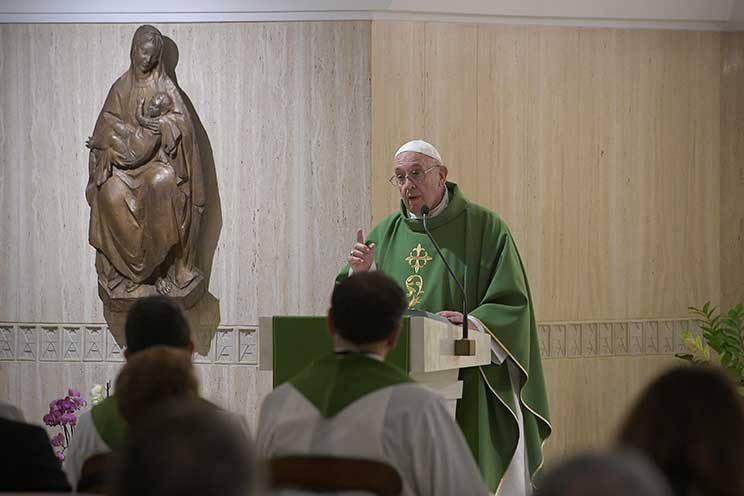 Life involves a continuing battle “between grace and sin, between the Lord who wants to save us and pull us out of temptation and the evil spirit who always pulls us down,” the pope said in his homily Oct. 25 at his early morning Mass.

To live a holier life, he said, Christians need to pay attention to that struggle and not wander through life “without noticing what’s happening.”

“So often we Christians are busy with so many things, including good ones, but what is going on inside you?” the pope asked.

“If one of us were to say, ‘But I don’t feel this, I’m blessed, I live calmly, in peace,'” he said he would respond, “You are not blessed. You are someone anesthetized, who doesn’t understand what is happening.”

The remedy, Pope Francis said, is to take “two or three minutes” at the end of each day and reflect, “What important thing happened inside me today? Oh yes, I had a bit of hatred here and I spoke badly of this person; I did this work of charity,” and so on.

The next question is, “Who helped you do these things, both the bad and the good?” he said.

Asking such questions, the pope said, is necessary “to know what is going on inside us.”