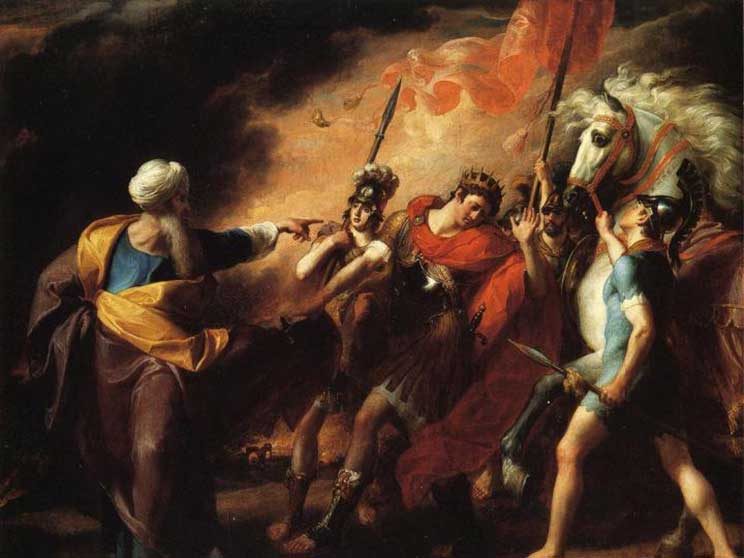 Despite Yahweh’s admonitions on the consequences of Israel wanting a monarch, he allows them to anoint Saul as king (1 Samuel 8:10-22).

Young women were required to work in the palace (as perfumers, cooks and so on) and young men were forced to be part of the army as there was compulsory conscription.

Citizens were forced to farm produce required by the royalty. The king took the best of the fields, vineyards and olive groves for his officials. The construction of a luxury palace followed. Eventually taxes were imposed.

Not everyone coped with the new system and some went deep into debt. They had to sell their ancestral homes and sometimes were forced to sell themselves into slavery. As opposed to the old system of tribes, where relationships were more equal, a poor class resulted and the rich were often well-established through their financial privileges.

The conclusion of prophets such as Amos was that there was a new type of Egypt, a new economic and social oppression—and this time it was their own people of Israel, the rich and powerful, who were the oppressors, through the new socio-political and economic system that evolved.

There is much to compare with the current state of affairs in the world: persistent poverty, financial oppression, entrenched cycles of poverty, and a bloated government administration.

Julius Malema’s “economic freedom” mantra, concisely summarises the situation of dire need in South Africa, although his proposed methods (such as printing money) would be destructive of the economy.

We saw how massive printing of money in Zimbabwe reduced all the pension funds, insurance funds, medical funds, savings, bank accounts to virtually zero in terms of purchasing power because of the hyper-inflation and currency collapse.

But the business sector can also contribute to oppression. Amos cuttingly refers to business which manipulates scales, takes advantage of the poor in many ways, and loathes holy days which affect business profits.

His words are quite chilling: “Never will I forget anything they have done” (Amos 8:7).

We think of examples such as major local producers of bread who have been fined millions of rands by the Competition Board for fixing the bread prices. The weights of various products are often reduced, and their price is kept the same, a subtle way of increasing prices. There seems little difference between today and Amos’ times.

Methods of cheating, both by companies and employees, have just become more sophisticated. Bribery is endemic in business and the children of the world are inventive in manipulation in order to swindle money.

Psalm 127:1 reads that if Yahweh does not build, in vain do its builders labour. If God is not part of the economic system, it will fail to provide for all people. The absence of the Spirit of God in the international economic system is evident.

For many, life is a daily struggle, while others, as in Amos 6, loll on ivory beds, sprawl on couches, drink wine by the bowl-full, apparently oblivious of the poverty around them.

We need wisdom from God to provide fundamental solutions to problems such as poverty, equity, a sustainable ecology.

Let the young in particular, animated by the Spirit of God, study the ways of meeting the challenges that exist, and build systems and products which ensure dignified living standards and a healthy ecology.