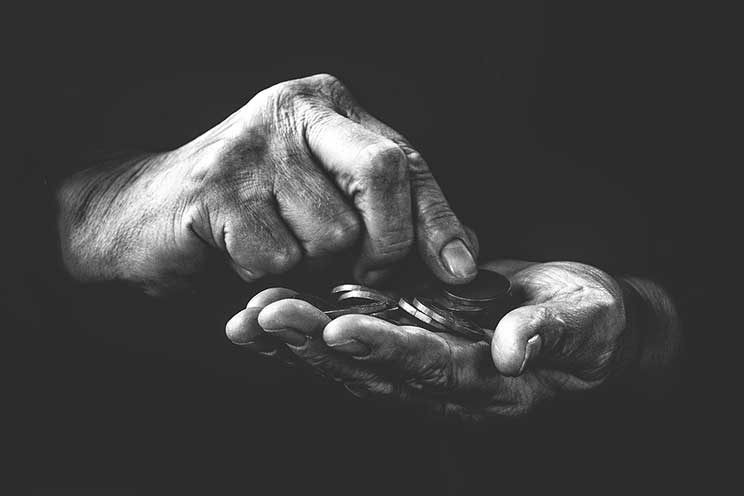 The mark of the beast in Revelation 13:16-17 referred to a certificate granted by the Roman authorities which permitted the holder to do business in the Roman Empire — provided they offered sacrifices to the Roman gods.

Many would argue that there is unholy influence in the business world today. Dishonest business practices are built into the structures of the world economies, such as bribery and the manipulation of prices for goods and services.

When Satan offers Jesus all the kingdoms of the world (Matthew 4:8), the inference is that there is a considerable diabolic influence in these kingdoms and their economies.

In the Gospel account of the cleansing of the Temple (Luke 19:45-46; Matthew 21:12-15), Jesus describes the sellers and coin-dealers as “bandits”, or thieves in modern terms. Jews who needed to purchase unblemished animals to offer as sacrifices, felt pressurised to buy from the Temple, at prices considerably higher than those outside the Temple.

The Temple tax had to be paid in Jewish currency and dealers charged huge commissions to convert the people’s money to that currency.

The Temple’s financial operations were oppressive for the Jewish masses, but beneficial for the Temple elite. We are reminded of the Seventh Commandment which orders us not to steal (Ex 20:15), by whatever means.

A modern example of price manipulation is transfer pricing, when one company sends products across borders at inflated prices, to minimise tax in the sending company, to take advantage of lower tax rates in other countries, and to transfer funds overseas.

Samancor, the second-largest world producer of chrome and related products, has been accused of transfer mispricing, or “profit shifting”, to the extent of hundreds of millions of rands, as Business Day reported on October 10.

In the consumer field we see companies altering the weight and quantity of their products, disguising price increases, or complicating price comparisons.

Certain professions which charge for services such as health care have been known to do unnecessary work simply to generate higher fees. In 2008 and 2009, two major bread producers were fined R99 million and R45 million respectively for price fixing.

A national supplier of, for example, beer can force a small competitor out of business by heavy discounting of the price of its products in the small area where the competitor operates, since it can sustain a small loss offset by higher prices in other geographical areas.

Amos warned about dishonesty in business, with the challenging (and chilling) warning: “Never will I forget a thing they have done” (8:4-7).

A New Testament model of affirmative action is seen in Zacchaeus, who repays those he has defrauded, constituting a type of restorative justice (Luke 19:1-10).

In his first letter to Timothy, St Paul warns us: “The love of money is the root of all evils, and there are some, who pursuing it, have wandered far from the faith and so given their souls any number of fatal wounds” (6:10). All people, it is said, have their price…?

Matthew asks: “What, then, will anyone gain by winning the whole world and forfeiting their life?” (16:26).

An interesting question was asked: Would we accept a guarantee that at our death bed there would be a priest available for confession and Holy Communion, or would we accept R10 million now and “work” out our salvation ourselves in cooperation with God’s graces, without that guarantee?