This is the New World! 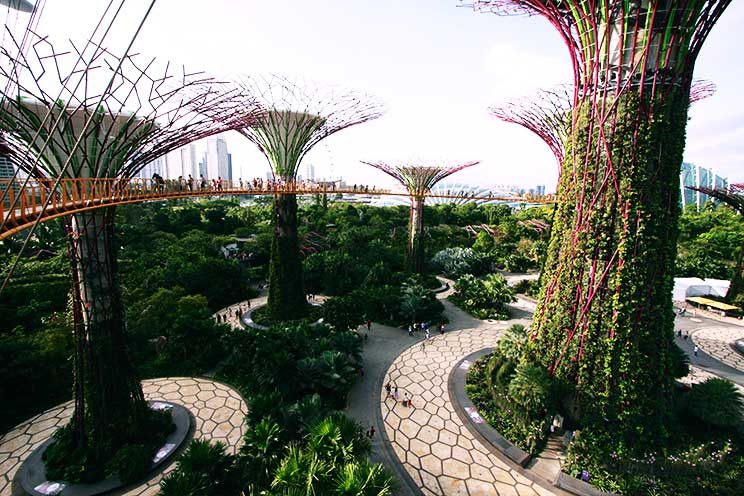 ‘All around us the world is changing and no one quite knows how much aeroplanes will become like birds and skyscrapers like trees,’ writes Nthabiseng Maphisa.

Whizz! Bang! Pew! Ching! No, I’m not sneezing and you’re not dreaming. Those are simply the sounds of the world around you.

We live on a planet that is covered in sand, air and water—and yet nothing feels natural anymore. When we look to the sky there is the silhouette of pigeons, doves and hadedas, and as always trailing behind is the unmistakeable hard lines of a commercial aeroplane.

When we look to the land in front of us there is the whisper of the wind in the trees violently interrupted by the buzz of police sirens and trucks.

All around us the world is changing and no one quite knows how much aeroplanes will become like birds and skyscrapers like trees.

When in 1908 Henry Ford launched the Model T automobile, it was the first vehicle to be mass-produced by an assembly line. In the subsequent century there have been numerous technological innovations in the car manufacturing industry.

Tomorrow’s cars will look different, feel different and move differently. To make matters more unsettling, you won’t even have to drive them. You will enter the vehicle, and stare outside through the window as it glides to your destination. Upon your arrival, you will step out and it will proceed to park itself. Unusual, isn’t it?

This idea of man being a creator who envisions an object and then applies his mind and efforts to bring it alive is the spring from which the fourth industrial revolution flows.

Man is eager to place his print upon the world and to save it from itself. He journeys along the road of his intellect and pulls from his imagination something great, something wonderful, and in some cases, something dangerous.

It is this creative nature that has given us cellphones, laptops, smartwatches and three-dimensional printers. The latter have been used to create organs for transplants and guns.

It is clear then that the print that will be left on the world will be telling of a coming age of darkness or an age of light.

I wonder what God thinks as his creation goes on to create. Some will say these inventions are reminiscent of the days of those who tried to build the Tower of Babel.

There are talks of transferring our consciousness into a robot, thus giving it immortality. This certainly screams of the desire to live forever, something undoubtedly human and something only God can do.

If you could, would you? And is it right? These will be the questions that will determine the morality of how we use future inventions. We can do it all but should we?

There will be oak trees and skyscrapers, birds and aeroplanes, submarines and sharks all in a strange coexistence.

Whoosh! Vroom! Bizz! Ping! No I’m not sneezing and you’re not dreaming. Those are the sounds of the present and the future world. It is a world where creation creates and the living give new life. Lean in, listen closely to the harmony of humans in their digital habitat. It is fabulous and frightening; it is real and virtual—it is a whole new world.