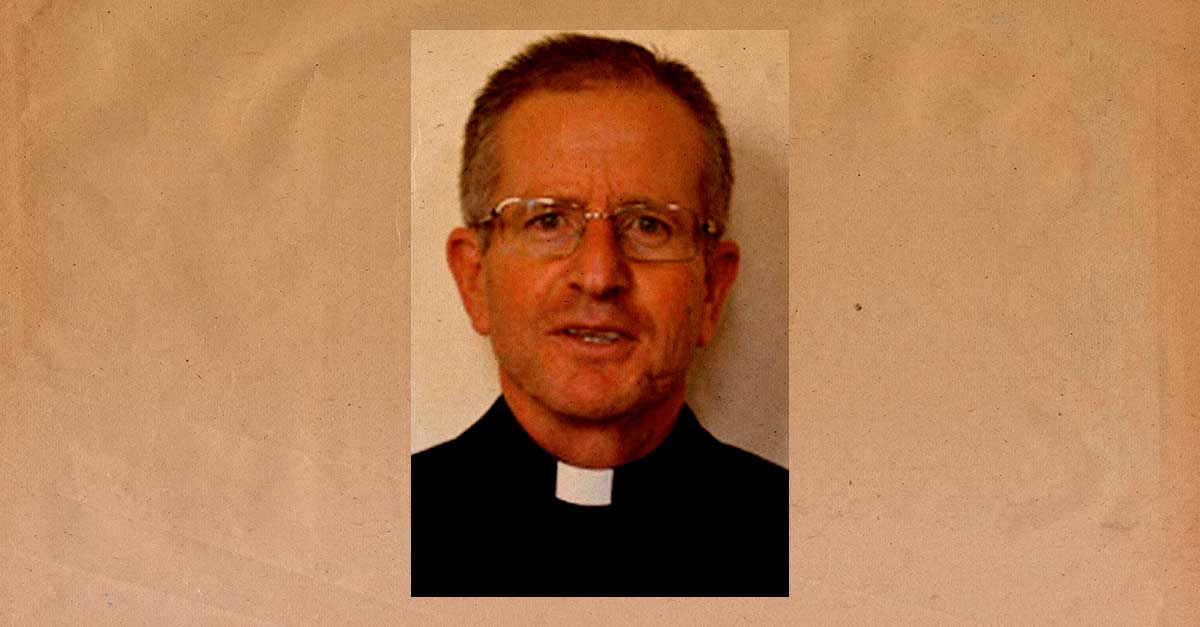 Father Owen Mark Wilcock of Port Elizabeth diocese died in a motor accident in Mokopane in Limpopo on December 3, the 24th anniversary of his ordination.

After he matriculated, he worked for Standard Bank before entering St John Vianney Seminary. Fr Wilcock was ordained to the priesthood by Bishop Michael Coleman at Sacred Heart parish, King William’s Town on December 3, 1995.

After his ordination he served the communities in Woodlands, Keiskammahoek, St Andrew’s Breidbach, Dimbaza and outlying areas and Immaculate Conception in East London.

Upon his return he was appointed formator and financial administrator at St John Vianney until 2014.

In 2015 he returned to the diocese and was appointed as priest in charge at Holy Spirit parish, Arcadia.

From 2018 to the time of his death, Fr Wilcock was back at St John Vianney as a formator and lecturer. He also served as alternate dean, diaconate coordinator and secretary to the Eastern Province Sick Priests’ Fund.

“His gentleness embraced his heartfelt devotion and dedication to his call to the priesthood. He lived his life with honest integrity, and this was reflected in his pastoral and teaching ministry,” Fr Slater said.

“He loved the task of forming prospective priests just as he loved the pastoral mission of instructing people in the faith.

“Fr Owen had an unpretentious approach to life and a conscientious attitude towards all tasks, and his celebration of the sacraments was always done with liturgical care and depth.

“His death was completely untimely and will leave a void in the lives of so many in the Church community, the seminary community, his parents and siblings, his family and friends.”

“I met Owen for the first time in 1997 in Woodlands mission outside King William’s Town. He was an assistant priest at the time and I had just completed my first year at St Francis Xavier Seminary,” said Fr Mguda.

“It was an encounter that started an unlikely alliance, association and friendship.

“Owen was a very caring, friendly and genuine person. He never forgot a birthday or an anniversary.

“He was a man of integrity, honesty and fairness. In the language of the Bible, he was a righteous or just man.

“He gave the whole of himself to the priesthood. He was dedicated to his role as a seminary lecturer, formator and administrator. There were no half measures with him, it was all or nothing.

“His tragic passing has left us completely shattered and confused. There is no theological explanation that can make any sense of the wasteful death of our beloved Owen.”

Fr Jerry Browne, chair of the  Port Elizabeth Diocesan Council of Priests, said Fr Wilcock was “a priest of immense talent and integrity who sought to live in his life the values of the Gospel that he professed”.

“Fr Owen had a gift for organisation and administration, gifts that came to the fore in the parishes in which he served and later in his work and ministry at the seminary,” Fr Browne said.

“He will be greatly missed by the many parishioners he served, the clergy who worked alongside him, and his family and friends.”

Mgr Brendan Deenihan, senior priest of the diocese and chair of the Eastern Province Sick Priests’ Fund, commended Fr Wilcock as ”a most efficient and diligent secretary of our sick priests’ fund”.

“My fondest memory of Owen is when he was studying in Rome for his future assignment to lecture at St John Vianney Seminary,” Mgr Deenihan said.

“I spent a week in Rome with him and he took me all over and introduced me to so much of our Catholic heritage.

“The morning of his tragic death, I was in communication with him wishing him a blessed ordination feast day. So sad to think he died on his feast day.

“Owen was a most wonderful and faithful priest.”

Fr Wilcock is survived by his mother and father Chris and Sanet, and family members Lisa and Niekie, and Wendy.