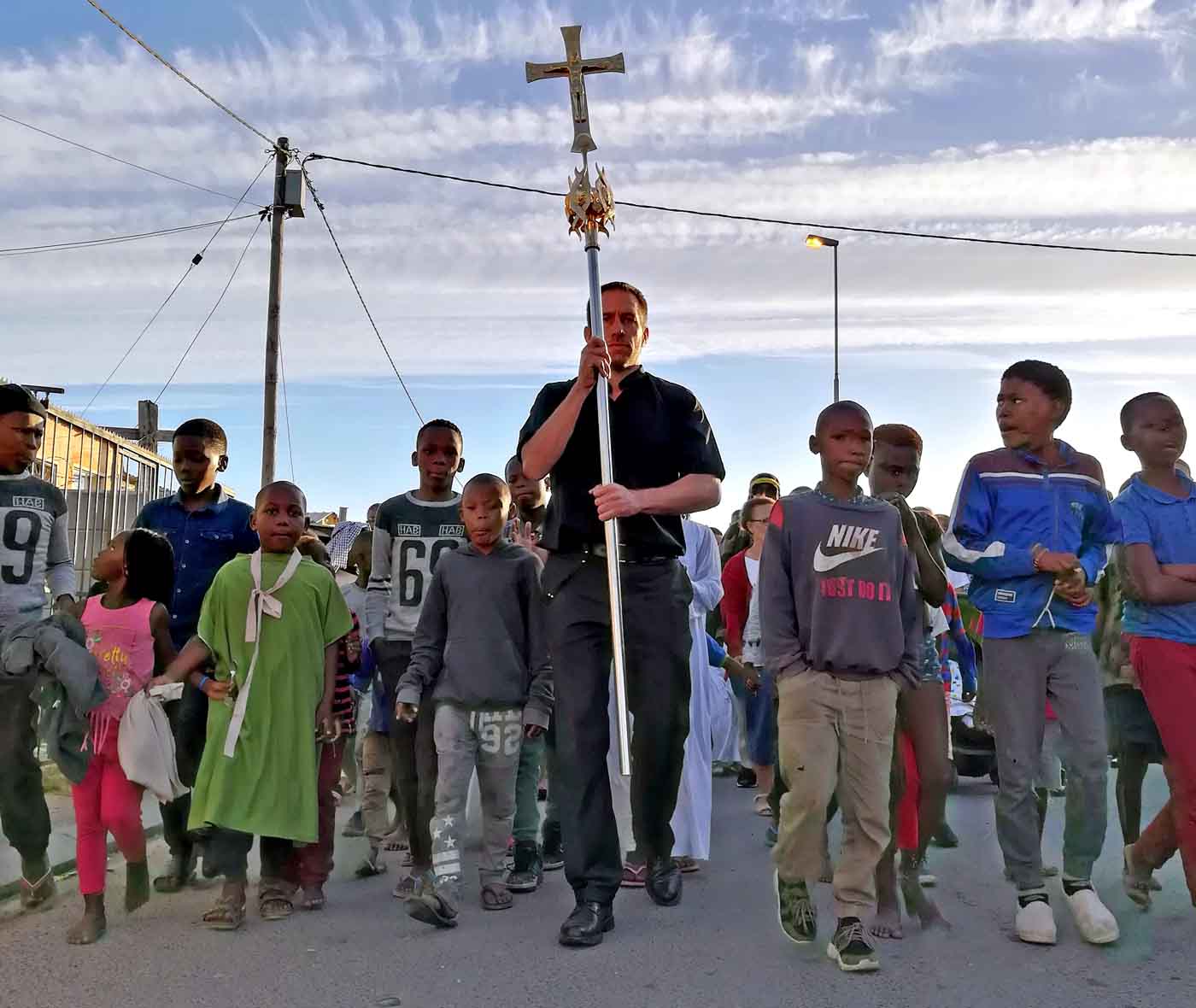 A Living Nativity procession through the streets of Wallacedene township in Cape Town. (All photos by Dominic Donough)

Curious people watched as a young girl dressed in rustic clothes rode a donkey in the streets of Wallacedene township near Kraaifontein in Cape Town.

The girl was escorted by shepherds and angels through the narrow back alleys of the township.

The procession was part of the Neocatechumenal Way’s annual “living nativity”. It was the 6th year that the living nativity had taken the Christmas Gospel to impoverished areas of the city — and the first time it took to the streets of Wallacedene. 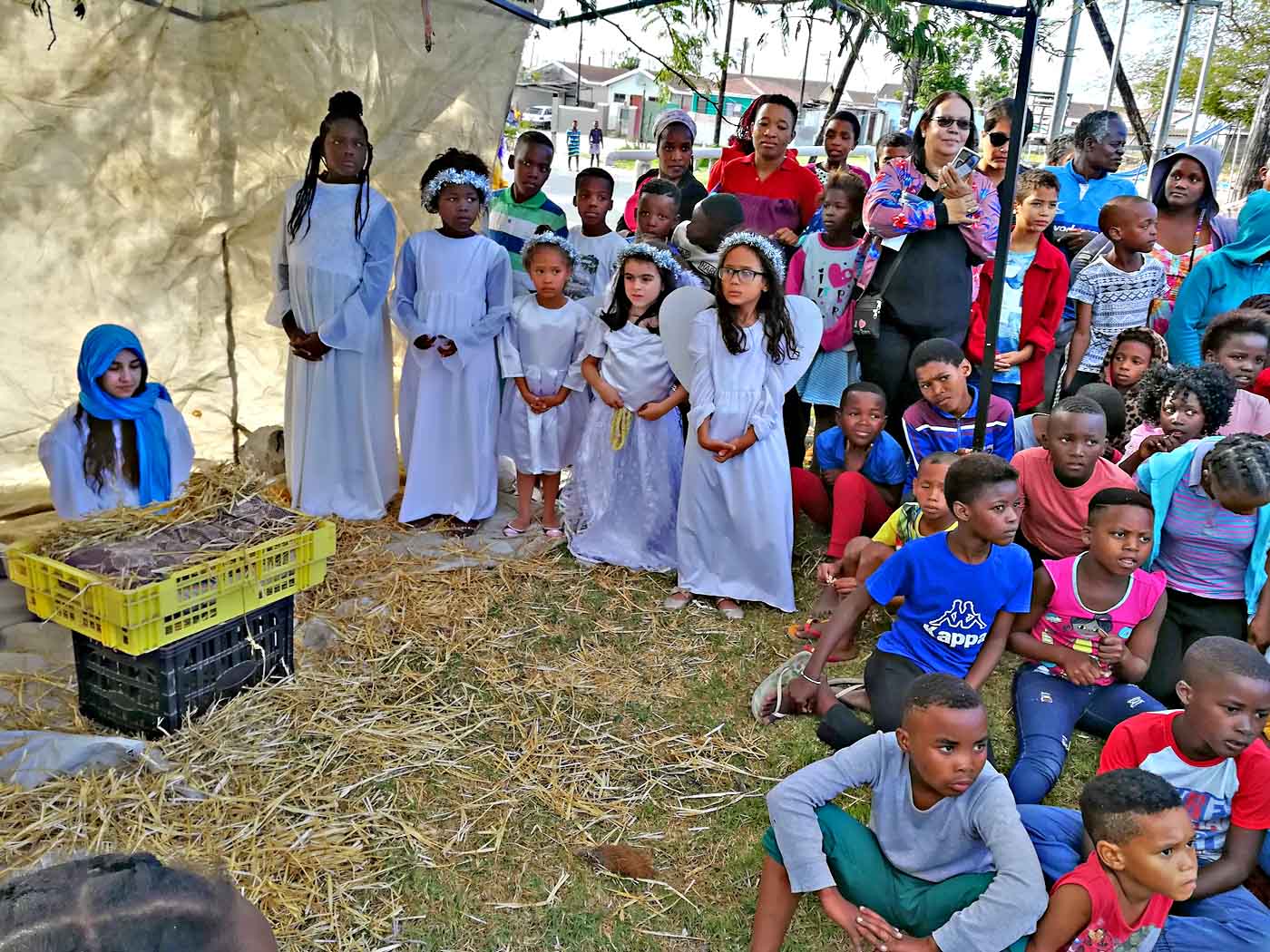 Dino Furgione, who is responsible for the Neocatechumenal Way in South Africa, said the living nativity was taken to Wallacedene to bring “courage” and the Good News to the people.

“We are in South Africa, and in Cape Town, in a historical moment when xenophobic violence, violent crimes such as rape and robbery, and gangsterism which only ends in death, are rife,” he said.

“It appears that government’s deployment of the army to the townships has not been successful because there has been an increase in violence in retaliation to this show of force. This is happening in the most depressed areas of the city,” said Mr Furgione.

“It is precisely in this context, in townships at Christmas time, that we see a new army — one that does not patrol in tanks, with weapons and bullet proof vests but with a cross and the gospel. They bring a spirit of courage, unity and good news to the least and most desperate people.” 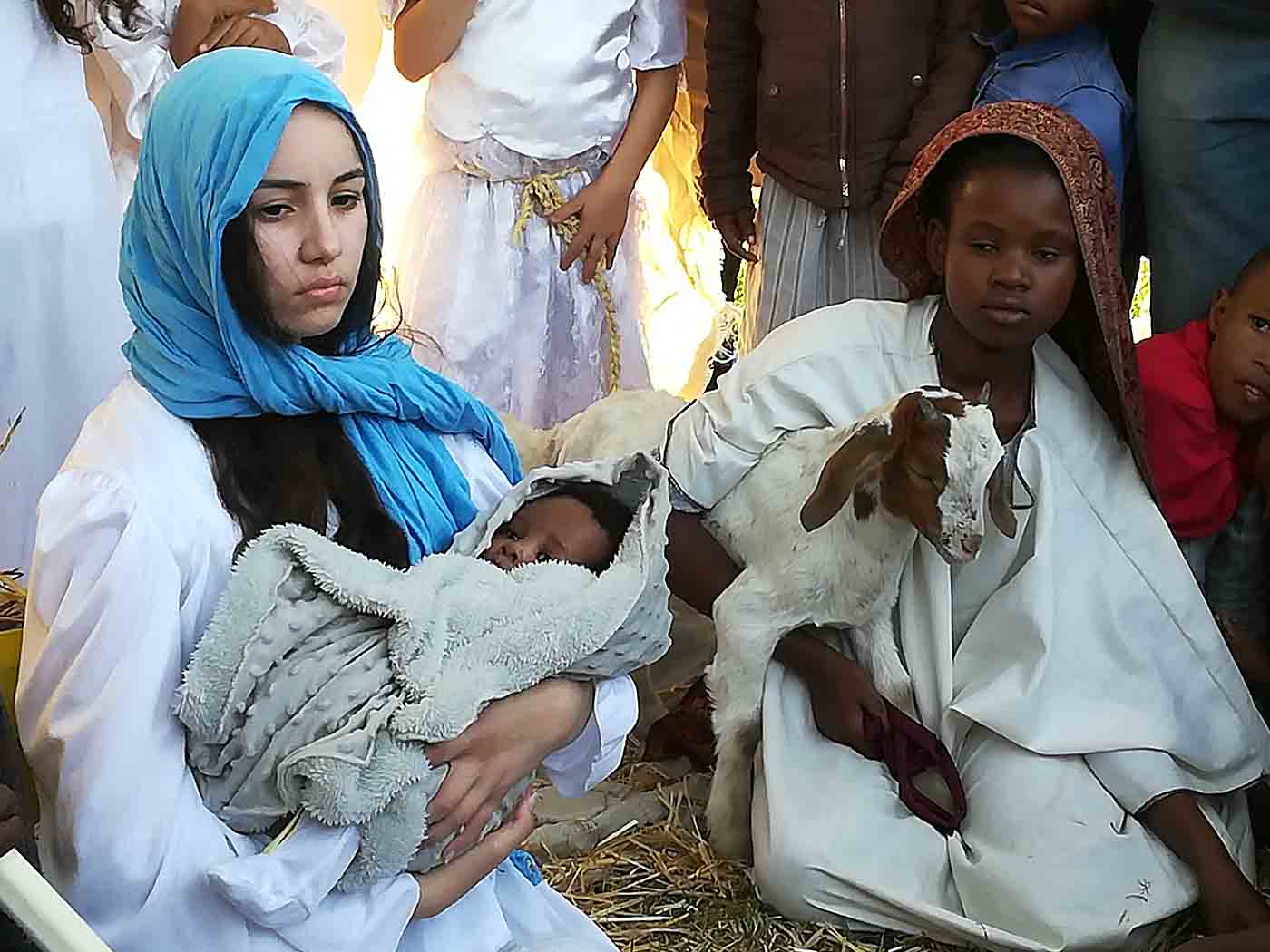 The procession, which was made up of priests, seminarians and dozens of families of the Neocatechumenal Way in Cape Town, including missionary families from India, Italy, Portugal and South Africa. They played instruments, sang Christmas songs and stopped at several spaza shops to ask if they had place for Mary and Joseph to lodge — much to the bemusement of the residents who trailed along.

The nativity stopped at a park in the centre of the township where local children were taught about Christmas and given a blessing. 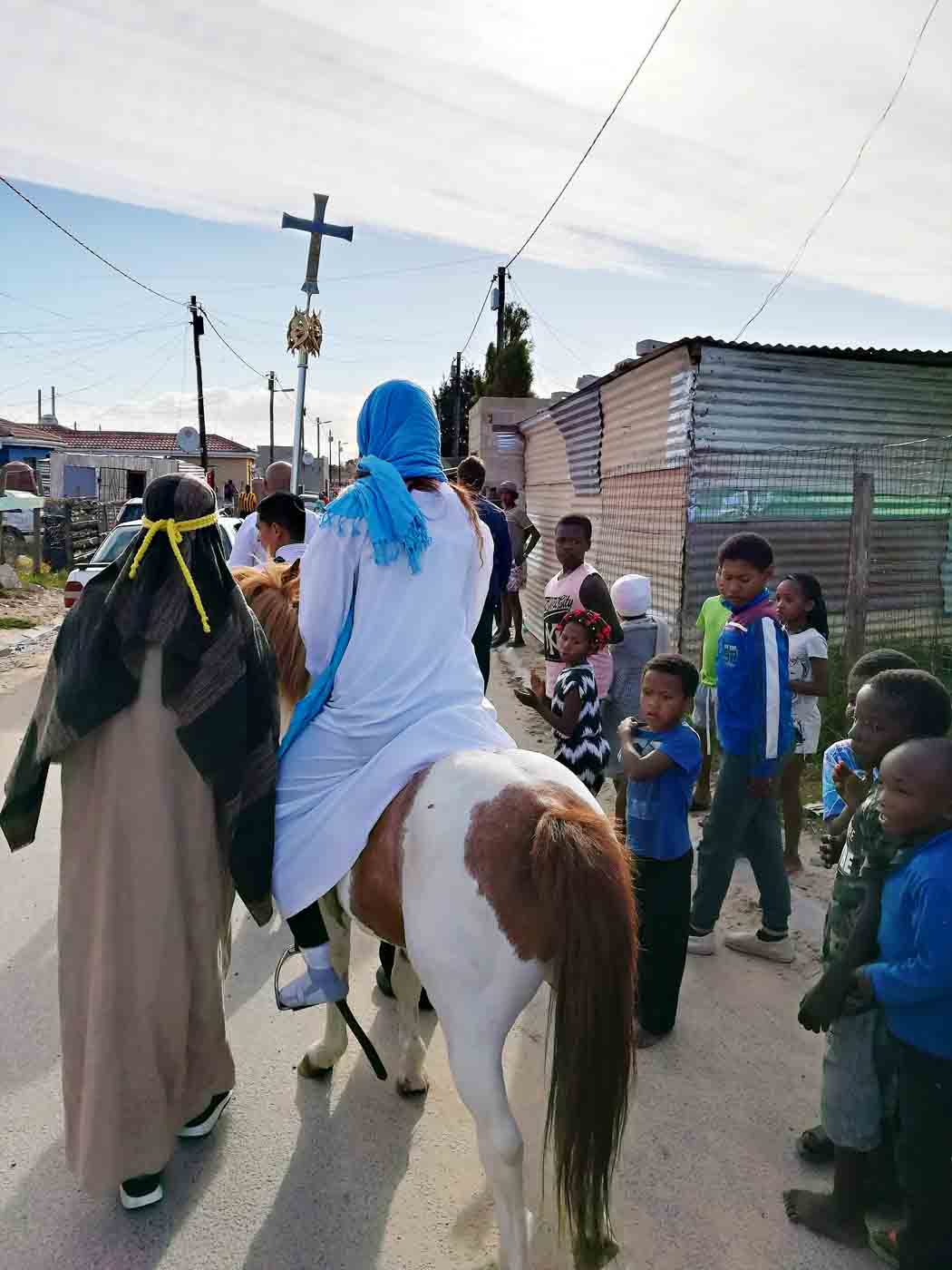