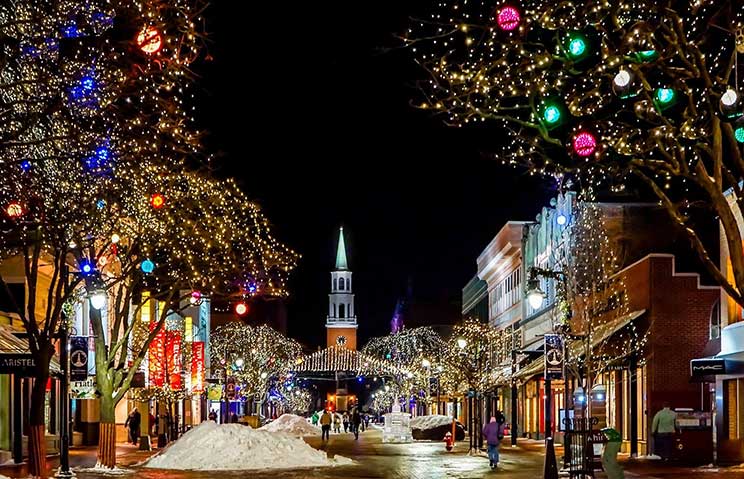 Pastor Jim Dunn was appointed to the parish church on 68th Street in Brooklyn, New York City. He and his wife, Edna, had moved in about 1956.

The church building was not a pretty sight. Once it had been a very popular parish, but being old and located in a declining neighbourhood, it needed a lot of paint and repair.

Jim and Edna delighted in the task of renovating the building, with the goal of making it presentable for the Christmas Eve service.

But misfortune struck! Just three days before Christmas, a heavy storm swept through Brooklyn and the wall behind the altar in the sanctuary just crumbled. The plaster was soaked with water and left a gaping hole in the back wall.

“This could be the end of our Christmas service,” cried Edna. Jim, however, was more optimistic: “The Lord will provide.”

And so he did! Dejected yet hopeful, the couple visited a local auction organised by the Women’s League. Edna was thrilled to discover a 8m hand-embroidered tablecloth which she envisaged as a covering for the ugly hole behind the altar. Jim agreed and the cloth was purchased for $3,50.

Once the repair work was completed, the ornate tablecloth was hung up to cover the ragged hole in the church.

Christmas Eve arrived. It was a chilly morning; the singing wind found the tiny snowflakes dancing to its tune. Because of the cold, the church was opened in the early morning, long before the service, to give a warm refuge for many.

A lonely, aged woman slowly shuffled into a back pew. She was alone and looked very depressed.

The woman sat there quietly, maybe at prayer.

Pastor Jim finally saw her and decided she likely was a widow. He moved slowly towards her, but her gaze swept past him and was fixed on the back wall of the sanctuary.

She stood up and began to move cautiously up the aisle, her gaze fixed on the ornate cloth across the wall.

Jim drew close to her; she was shaking with the thrill of this surprise discovery here in Brooklyn.

And then she told him the amazing story. “My name is Lisa. My husband and I lived in Vienna before World War ll; we were so happy,” she said, in a lilting Germanic accent.

“Then came the Nazis and all those fearful, horrible days. So we planned to escape to Switzerland. And we did, but to avoid detection we decided to travel separately.

“I went first across the border, then to London, and then to America. Josef, my husband, was to follow the following day,” she said.

“I waited, and after all these years, perhaps for a miracle. But then I heard from other immigrants that my husband and others were captured by the Nazis and sent off to a concentration camp. I believe he died there with thousands of innocent people.”

Lisa then explained how the tablecloth was her own creation and was used only for special occasions and banquets in Vienna. She showed Jim her initials embroidered on the masterpiece.

Touched by her story, Jim offered to return the tablecloth to her after the Christmas celebrations. “Oh no, Reverend,” Lisa said, “I’ll never need it again. I am now a widow, and see how pretty it looks up on the wall in the service of the Lord.”

Jim then consulted his wife Edna and they offered Lisa a job as their housekeeper. Lisa was delighted and felt she now belonged to a family.

That night, at the Christmas Eve service, many members of the congregation remarked on the beautiful backdrop on the sanctuary wall, for the flickering candles transformed the cloth into the dazzling brightness of something heavenly.

With the last carol being sung, the people slowly filed out of the warm church into the chilly night air.

And Jim, after making some seating adjustments, noticed a lone figure in the last pew. He was an old man, alone, wearing an old army overcoat; no hat, no gloves.

The pastor came to him, pitied him, and touched his cold hand: “Happy Christmas, my brother.” The old man sat up, his eyes misty, and without a smile murmured: “I am so happy to be here Pastor, thank you. I am a stranger in this city, an immigrant. I arrived a few weeks ago.”

Jim thought he recognised the accent. “Come out of the cold; we are too close to the front door. Come, let’s move higher up the church.”

Together they slowly moved up the aisle, up to the altar.

It was indeed warmer. The old man raised his eyes to the captivating tablecloth hanging behind the altar. “Beautiful. I had a wife who did work like that…she was beautiful and very gifted, but that was years ago; she is no more.”

Jim felt a chilling sensation grip his entire body. He seated himself next to the old gentleman on the front pew and gently asked him a number of questions: his name, his country of origin, his experiences during the war…

The church was empty. Jim invited the old man to accompany him to the cloth on the back wall. “Now touch the cloth, and see here, do you recognise this type of material?”

The old man touched the tablecloth with a certain trepidation, so it seemed, spotted the initials—and tears filled his eyes. He gazed into Jim’s eyes

“Pastor, this is my wife’s work; this is her cloth. I know it. But she isn’t alive…not after eleven years? ”

Both men stood motionless and silently. From behind them came a gentle but animated voice: “Josef?”

There was a gripping pause which allowed time for realisation! “It cannot be! Josef, my darling husband….alive! Oh God…alive?”

And Jim and Edna, their eyes swamped with tears, observed the tearful, joyful, excited and tender reunion of two people who each believed the other was dead.

“I was, my love. I was, but I am resurrected.” And they embraced and kissed tenderly.

“This is the most wonderful Christmas gift I have ever received,” whispered Lisa. And it certainly was.