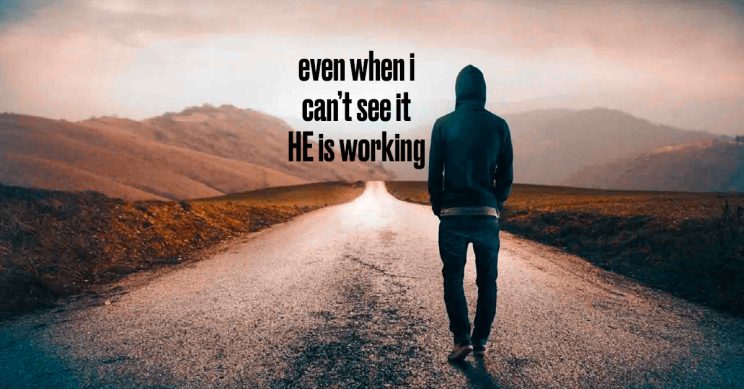 It looks like 2020 will be a generally tough and difficult year with Eskom’s crisis, the ongoing state capture investigations, and South Africa’s economic challenges, but there are also signs for hope, according to a Catholic political analyst.

“At the height of the Zuma era, the corruption of the democratic process and democratic institutions was the real danger. While that was happening we missed that many state-owned enterprises were being slowly captured and corrupted,” he said.

“They’re still in this phase of pretending that they are managing the crisis really cleverly, with lots of foresight and with plans in place—but they aren’t. They actually don’t know what to do about it,” he said.

We can’t afford to have things getting any worse with Eskom, Mr Pothier warned. “If Eskom goes down, factories, mines, farms and the country go down, [and] people will starve to death.”

In its endeavour to mitigate the country’s water shortages, the Department of Human Settlements, Water and Sanitation introduced a national water plan that hopes to combat the water crisis by 2030.

“The plan has been well received by a lot of experts, but there is little faith that the plan is easily translated into real action as the budget for it is R900 billion. Where is that money coming from?” Mr Pothier asked.

“In the short term, if agriculture underperforms again in this coming rain season, particularly in the northern provinces where maize is planted, it’s going to have a hugely negative effect on the economic growth, unemployment, food prices and so on.

“We could find ourselves in that terrible situation that happens to countries, where you get hit from all sides. In our case that would be drought, climate change, Eskom’s crisis, high unemployment and possible downgrading of our international credit ratings,” he said.

But, Mr Pothier said, it’s important to note that South Africa is also at the mercy of the international community.

“It’s not all about our government getting things wrong historically and now still. We must also realise we’re in a vulnerable global position—and everyone in Africa is.”

The trade war between the United States and China is affecting us negatively, he said. “The rand weakens and therefore our petrol price goes up. If international economic growth falters, all of those things also have a huge negative impact on us,” he said.

Mr Pothier does see several positive signs for this year though.

Despite being slow-moving, the commissions of inquiry are a very important way of uncovering corruption at all levels, and we need to be a bit more patient.

The Zondo commission, which sat through the whole of last year, will probably continue for at least the first half of 2020. “Hopefully we’ll get some indications from Deputy Chief Justice Raymond Zondo about who the guilty parties were in state capture, and some recommendations be made about what government should do,” Mr Pothier said.

“I understand that people want to see charges being laid, and we do need to see people going to court. The National Prosecution Authority has been giving hints recently that they will be doing this soon,” he explained.

Mr Pothier said that we can expect to see ex-President Jacob Zuma in and out of court in 2020. “He is still going to be caught up in the process of trying to appeal against the decision which said no to putting aside his prosecution—but it’s 15 years overdue,” he said.

However, “the mere fact that we have commissions of inquiry is positive because it shows that there are certain procedures, constitutional and legal, which are taken seriously, and we are also seeing the NPA and the Hawks slowly rebuilding themselves”.

Municipal government coalitions which were formed after the 2016 local elections—specifically in the Johannesburg, Tshwane, and Nelson Mandela Bay metros —are facing an unstable period for the next year or so, he said.

“Those coalitions are either collapsing, have collapsed, or are being replaced with other coalitions. We’re already seeing a lot of jockeying for positions, and in the run-up to the 2021 local government elections we will probably see more of that,” he explained, noting this may distract elected officials from doing their jobs.

“They’re going to be spending more of their time playing politics and meeting to strategise and plan instead of running the cities,” he said.

“If we look at where we are, it’s easy to think that things are bad, but a lot of places—not just in Africa—are in a far worse position. At a structural level in our politics things are improving and they can hopefully continue to improve,” he added.

“Economically things like our debt-to-GDP ratio is about 60%, which is higher than it’s ever been which, but most highly developed countries are much higher than that,” Mr Pothier said.

He also pointed out that some serious moves in the environmental field were being seen.

“South Africa is still transitioning to alternative energy particularly solar at quite a high rate, which is by and large a good thing. The price of electricity per kWh has now come down below the cost of coal. So it’s a cheaper form of energy,” he said

“Government has also opened up the generation of electricity to private players, as part of the unbundling plan of Eskom where you could get more and more private owners of power stations coming into play,” he added.

The Church, he said, should continue to speak out on social issues in 2020.

Mr Pothier observed that Bishop Sithembele Sipuka of Mthatha, president of Southern African Catholic Bishops’ Conference, “has a gift for identifying and understanding crucial social issues as well as the pressure on the government, and he is going to be a great leader in this respect”.