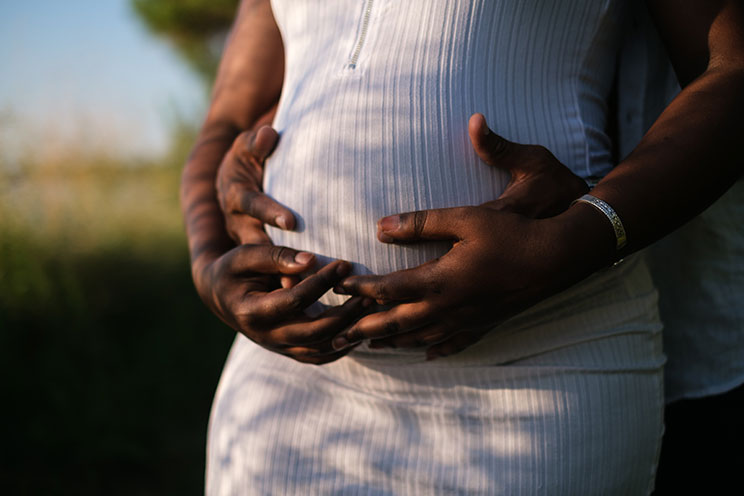 Among the countless vulnerable human beings in our world, none are more vulnerable than millions of unborn babies threatened by abortion.

Even a new-born baby is less vulnerable.

Hardly anyone could kill a new-born infant. Just the mere sight of a precious new-born baby brings a smile to one’s face and warmth to one’s heart. And that is a vulnerable baby’s best natural defence.

However, an unborn baby does not have the protection of being seen for what he or she is – a miraculous new human life  – “From Conception to Birth”).

But a wonderful international effort by the Knights of Columbus has provided over 1,000 ultrasound machines to pregnancy centres and pro-life health clinics throughout the U.S. and in several countries, thus allowing mothers and fathers to see their miraculous unborn babies.

While many born babies tragically and unnecessarily die every year from poverty, treatable diseases and the scourge of war, the number of unborn babies brutally dismembered and murdered by abortion is far greater.

Each year, approximately 900,000 abortions are performed in the U.S.  And it is estimated that annually 56 million unborn babies are aborted worldwide .

As I write, I am planning to participate in the “March for Life” tomorrow (Jan. 24) in Washington, D.C. I have marched in this annual event over 30 times because of its educational, political and spiritual importance. But the “March for Life” and other such events around the U.S. and world – important as they are – are simply not enough.

While it’s true that many of the marchers will go home and continue marching in one way or another for the unborn, I suspect many will not – including the millions who could not attend. I say this because as I keep my ear to the ground, and speak at parishes around the U.S., I don’t usually get a strong sense that most Catholics are actively working throughout the year to end abortion – or for that matter regularly working to end any other human injustice.

Now that’s not to say that most Catholics aren’t good caring people – they are! Rather, I think many Catholics are very busy with other essentials – and non-essentials – and that the phenomenon of “out of sight, out of mind” causes many people to forget about all the suffering. Furthermore, the fact that many clergymen are hesitant to regularly preach on abortion and other hot-button social justice and peace issues – even though the Scripture readings very often lend themselves to such preaching – doesn’t help.

Additionally, there are many good websites offering numerous suggestions on how to stay actively pro-life all year.

It would do us well to rearrange some of our priorities, so as to make room throughout the year for the unborn and other hurting people. For those of you who are already doing your best here – Thanks! And keep up the good work! And to the rest of us who can certainly do better – let’s go for it!