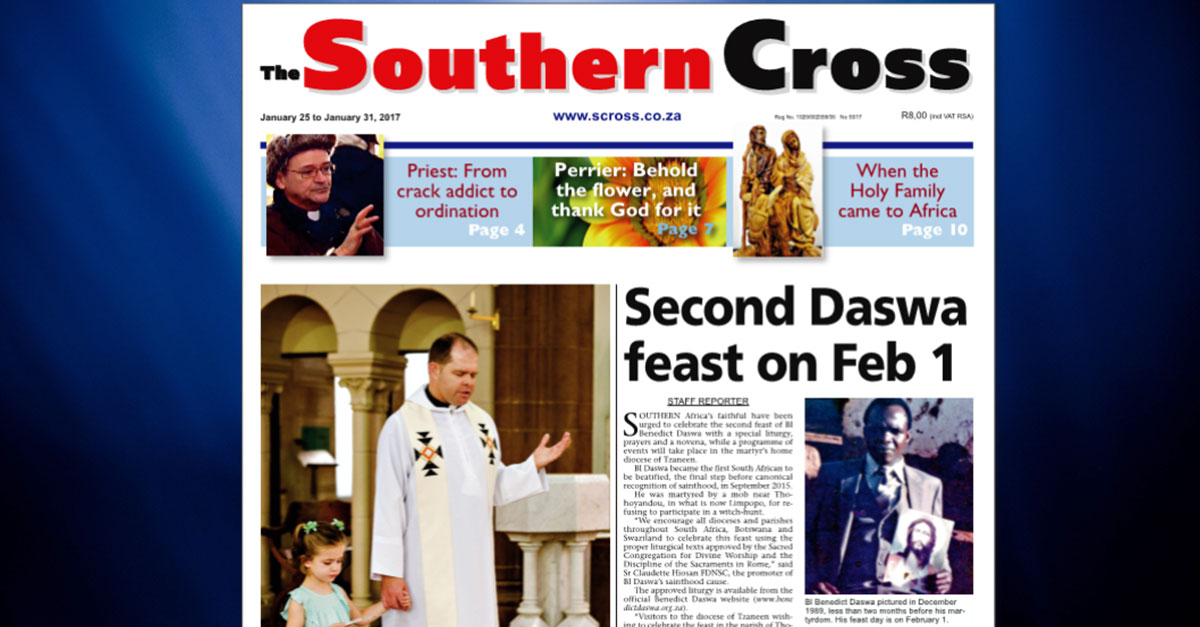 The celebrations of the second feast day of Bl Daswa, on February 1, will be held at Tshitanini village, where the beatification took place in 2015, and where the future shrine and pilgrimage centre will be located. Southern Africa’s faithful have been urged to celebrate the feast with a special liturgy, prayers and a novena. The Southern Cross features an illustrated Daswa prayer.

Port Elizabeth’s cathedral is marking the final few months of celebrating the 150th anniversary of its consecration. The jubilee year of events, which began in April 2016, will close on April 23.

Despite reports of church attendance falling across denominations and low percentages for believers worshipping across the globe, belief in God remains strong, said actor Morgan Freeman, the narrator of a documentary series The Story of God.

In his editorial on Pope Francis’ approach on divorced and civilly remarried Catholics in Amoris Laetitia, Günther Simmermacher notes that every Church law requires a pastoral application, especially if a doctrine is creating pastoral concerns.