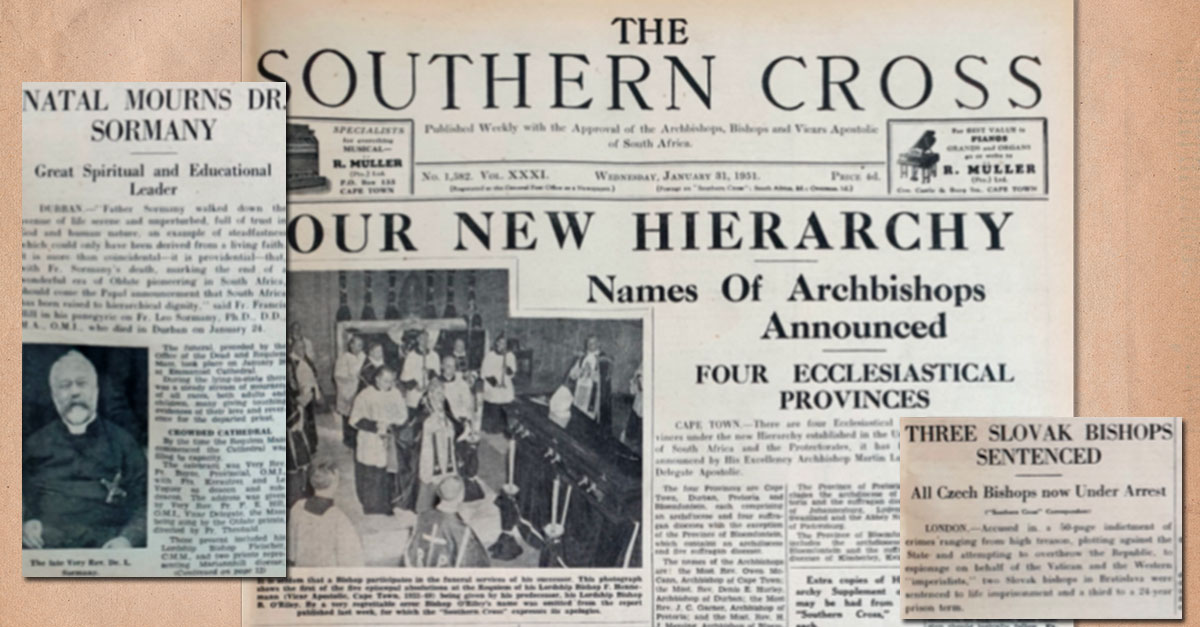 Oblate Father Leo Sormany of Durban died on January 24 at the age of 73. A steady stream of mourners of all races paid tribute to the priest as his body lay in state. Fr Sormany was one of the driving forces behind the founding of The Southern Cross.

Row over control of holy sites

The kingdom of Jordan, which controls Jerusalem, including the holy sites in the Old City and on the Mount of Olives, has installed a controller in the church of the Holy Sepulchre. The installation was supported by Britain but boycotted by France, Italy and Spain as they saw Jordan’s move as an attempt to forestall UN commissioners for holy places.

Bishop Arthur Doubleday of Brentwood, England, died on January 25. Born in Pietermaritzburg in 1865, he was the first South African to be consecrated a bishop anywhere at his episcopal ordination in 1920.